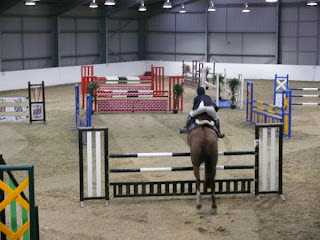 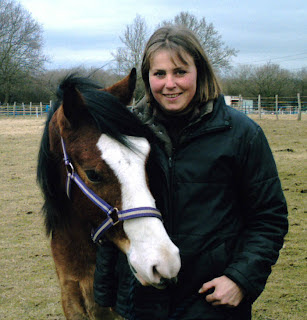 Despite a busy week, I was able to go and watch the BSJA showjumping at Quob yesterday. Annabel was riding her two Dutch Warmbloods, known at home as Mole and Buzz, and between rounds we discussed bitting and the use of whips and spurs. The standard of riding was excellent and it was great to see such athletic horses being ridden by people who sit quietly and flow with the horse; much better riders than I will ever be. However, it was also sad to see some riders hitting their horses as they came into the arena and occasionally beating them three or four times with a whip for refusing a jump - often when the refusal was patently the fault of the rider. I really struggle with this.

This afternoon Sheila and I went to say farewell to Sharon and Kennedy as they will be moving to Suffolk in the near future. In marked contrast to last year, both of them are totally at ease with each other now. I put Kennedy's headcollar on without thinking and he accepted it without demur.
Posted by Loisaba Wildlife Conservancy at 8:07 PM