One of the absolute perks of my job is that my clients come from a variety of equine backgrounds and interests and occasionally they invite me to go along to an event. Whilst not every promise that something will be fun and relaxing quite holds true, today was a real pleasure.

You may recall that a couple of years ago two of my clients rescued four Percheron mare from a stud closure in France and brought them all home, relatively untouched, to join their existing collection of Percheron. Today Margaret, Anais, Valou, and Amye, and Silver, were all taking part in the Heavy Horse 'Beer' Run on the New Forest. This event replaced the French 'Fish' Run in the British Team's diary when problems with that event and the problems at Calais meant that they couldn't go.

Each team consists of two pairs and a single, all due to follow a different course of up to 13kms, maps for which were only provided the night before and each route has to be completed close to an optimum time. The change over from one set of horses to another is also timed. In the afternoon, moving on from Bolderwood to Whitefield Moor car park, each set of  horses takes yet another timed route. 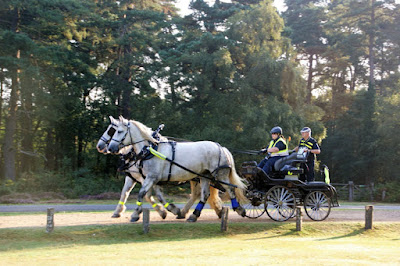 The first pair out was Margaret and Anais with Michelle driving and Patrick as navigator. 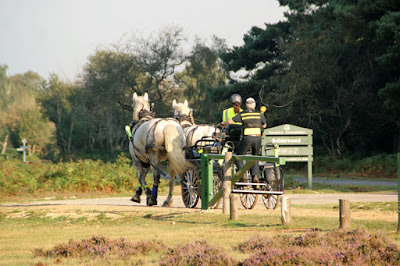 It takes some concentration to organise a set of horse, a stopwatch, and a map! 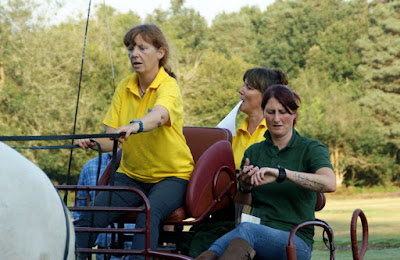 There were lots of teams competing and they all set off at three minute intervals... 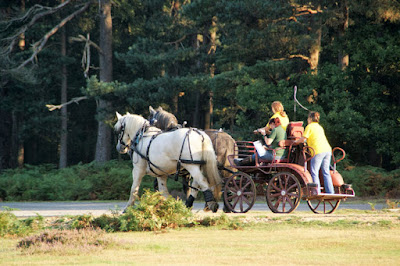 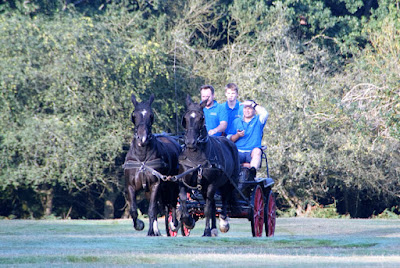 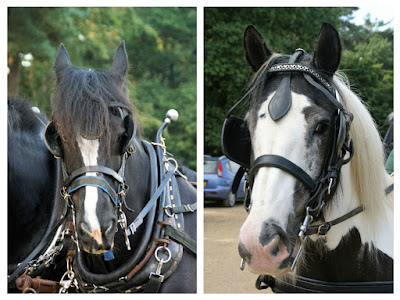 ...and tried to retain that gap in order to hit the optimum time. 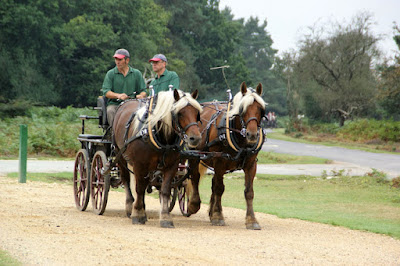 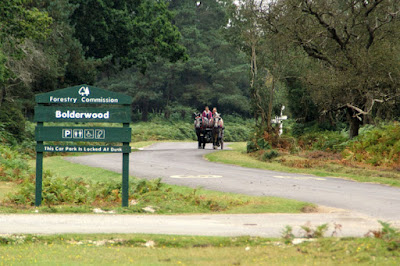 No sooner was Michelle in... 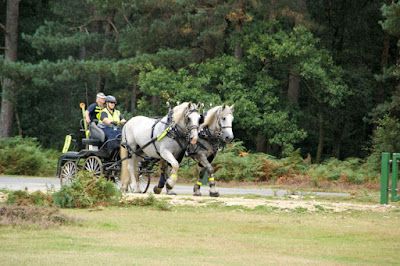 ...than it was time to go out again with the next pair, Silver and Anais, this time with Dave as satnav. 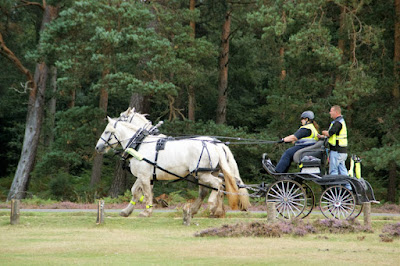 Finally it was my turn to go out with Simon and Valou. 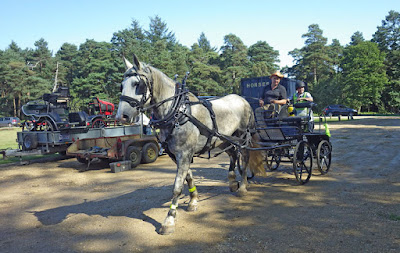 Before we left Simon mentioned that the first time he had driven Valou as a single was only last Sunday, nevertheless, she didn't put a foot wrong. Our route took us all round Highland Water. 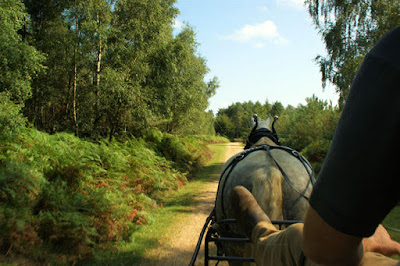 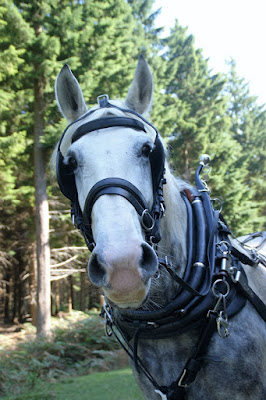 Lunchtime and time to load up and go to the next venue. 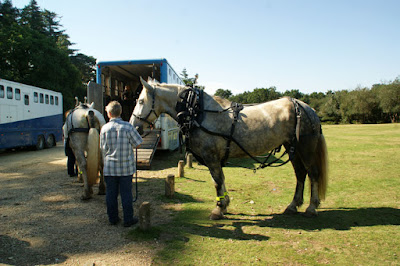 This time I was first out with Michelle, Margaret and Amye. 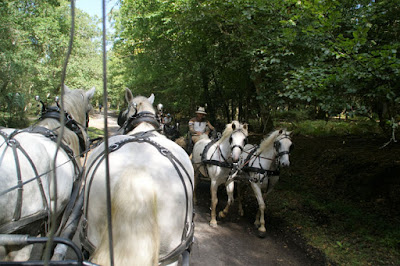 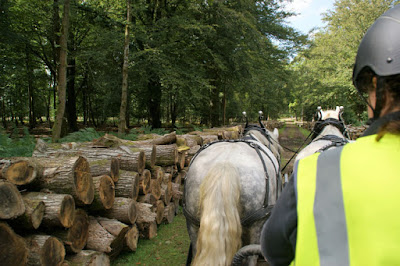 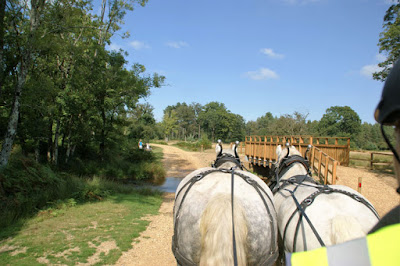 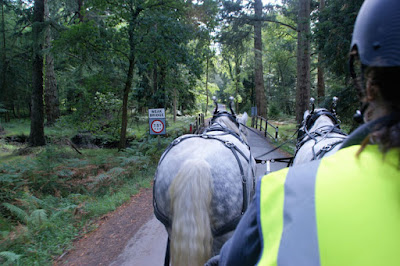 The amount of work that Simon and Michelle have put into these horses, training and rehabilitating them in the first place, has all paid off. They really were excellent.
Posted by Loisaba Wildlife Conservancy at 9:00 PM