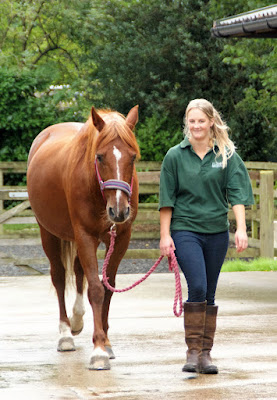 Early morning road trip for Theoden who needed to go to the vet's for a full lameness work up. This entailed trotting him up in straight lines, and in circles on the lunge, graduated nerve blocks, and then x rays.  I've found that for the last week I have been trying to make a deal with God, saying that I don't mind if he can never be ridden again as long as it is not so serious that he has to be put to sleep. Every time I  have thought about it I've hardly been able to breathe and I've done my best not to think about it especially when I'm near him. 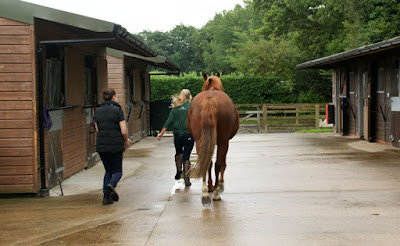 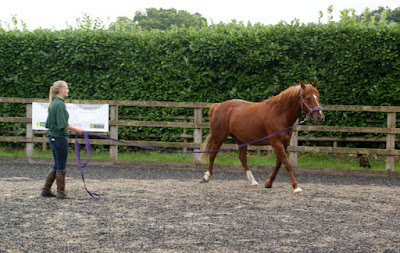 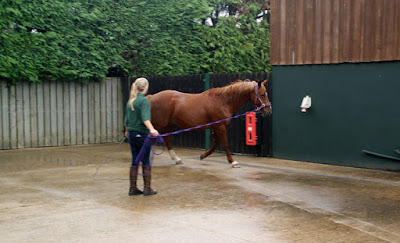 It was a long wait for all the tests to be done and there was no evidence that there is a problem with any of his bones. He has to go back to the vet's next week for them to check his joints and the bursa between bones. Next step after that could be an MRI scan. 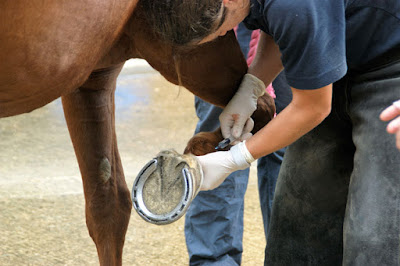 Like a lot of people I question just how much my insurance costs me each year for each horse and wonder if I would be better of just having a stash of money set aside for veterinary eventualities. The problem is that bills stack up very very quickly once you start on complicated diagnostics and it would be horrible to have to call things a day because you'd reached an economic limit. Having said that, Théoden's ears and teeth are already excluded from cover and I expect that his legs will be the next thing to be knocked off the list. 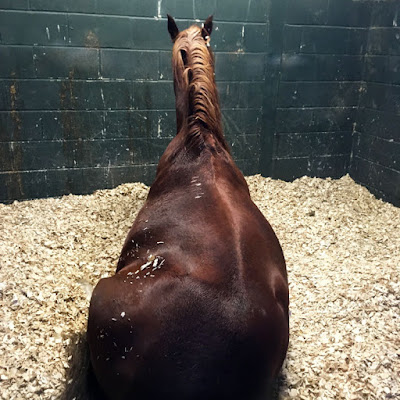 Embarrassingly I have been inadvertently adding two years to his age it appears and he is in fact 15 not 19 which may explain why he felt the need to lie down the moment he got into the stables! With any luck plenty of years of riding and companionship left in my Tango-coloured horse. 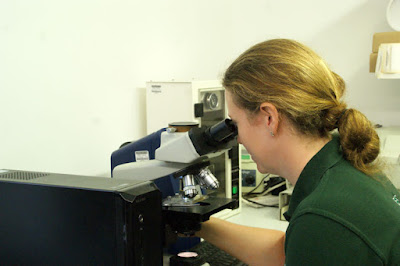 We took the opportunity to present the nurses with some poo samples so that they could carry out a faecal egg count. We switched from chemical wormers just over a year ago and so far it has certainly paid off. A nil count again today.

I wound down with a lovely session with Ivy this afternoon whose nerves seem to be far more robust  now. Nevertheless we haven't ventured out of the barn with her training until today. I have built an extension to her training pen which has taken us outdoors on the lead rein (soft scarf) for the first time. She is now following me much more happily, walking when I walk and stopping when I stop and no longer completely panicking if she suddenly sees me out of her right eye.

I had no camera batteries and no photographer this afternoon so I have drawn a little diagram of the work that we did. 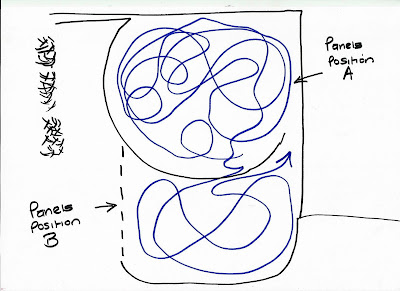