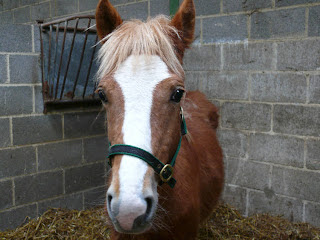 Today I worked with a New Forest yearling colt that was born and bred on the Forest, handling him for the first time and putting on his first headcollar. The job was made easier by the fact that he has never been drifted, has not been branded and has not had a headcollar forced on him or been tied up. Having lived at Roundhills Campsite, the colt alternated between looking at me sweetly and putting his ears flat back - I think he has been mugging tourists! In any event, by the time I left he was happily letting his owner touch him and put his headcollar on.
Posted by Loisaba Wildlife Conservancy at 8:20 PM