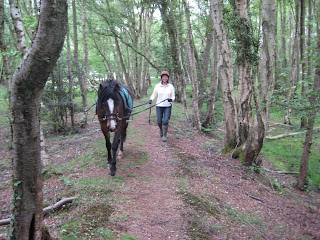 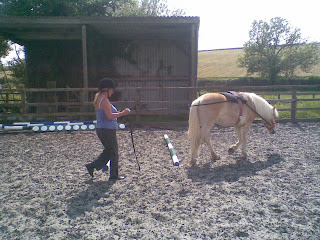 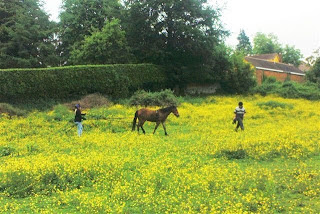 Pete, Harry and Freddie all being long-reined.


May appears to be long reining month. Two Haflingers, three New Forest ponies and an Arabian/Andalusian cross. Predictably, the New Forest ponies were the easiest to train although one of them was slightly sceptical of ropes having been lassoed as a foal! The Haflingers were fine too although inclined to go into pressure at halt; easy to imagine them pulling logs. The little Arabian cross is finding it harder having been lunged quite energetically last year - he finds it hard to believe that we really do want him to walk and just walk.
Posted by Loisaba Wildlife Conservancy at 1:22 PM