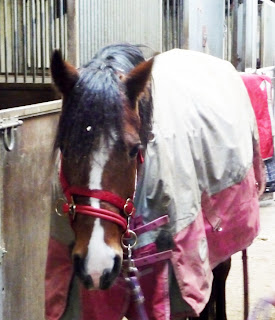 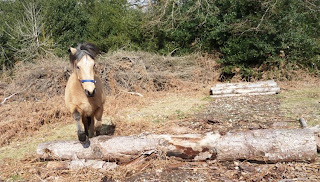 As I have got an acute pain in my neck at present, I had some sympathy and empathy with Harry, the pony at the top, who is not sure he likes being touched because he is quite sore in places. His owners are doing the rather familiar dance between saddlers and back people in an effort to make him more comfortable. In the meantime I have been working with them on reading his body language so that they can adapt their depth of touch to match what he prefers in each area. He's a bit like a paint by numbers in this respect and likes different touch in different places and will probably change his mind again tomorrow. By placing his rug higher up his neck when it first goes on and is done up, we disuaded him from biting as he sometimes thinks he will "get in first".
I'm not too achey to take Jack for a walk and this morning he did some jumping whilst loose in the inclosure.
Posted by Loisaba Wildlife Conservancy at 3:05 PM