The weather was so awful for the rest of Christmas that even this wild pony seemed to be asking whether he someone could take him home. Nevertheless the New Forest ponies seem to be doing ridiculously well despite the weather simply because the grass hasn't been killed off by the cold. My lot are coming home every day for a bit of hay. 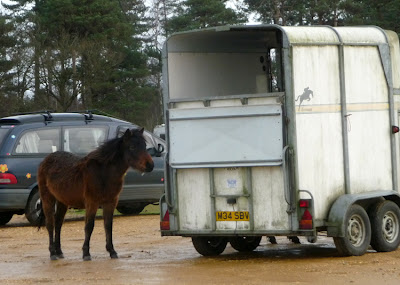 Like everyone, we are living with thick mud but at least I have some grazing left. 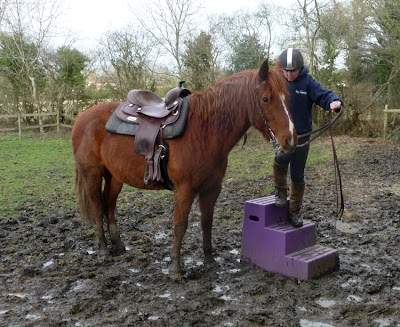 I managed just one more ride on Theoden before the year was out and once again he was joined by his new skeletal friend and ally - that is the bike, not David! The two get on very well although of course the bike likes to go fast down hills and slow up hills whereas Theoden does the opposite. 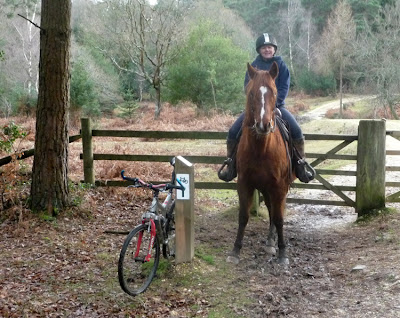 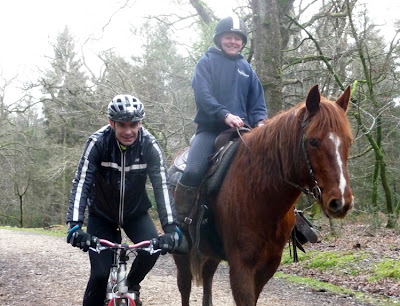 I sometimes wonder whether Theoden is cut out to be a 'cowboy' horse. He was fine about going past the big cows with proper horns but somewhat doubtful about these delightful new calves as you can see by his 'running' foot and high head carriage. 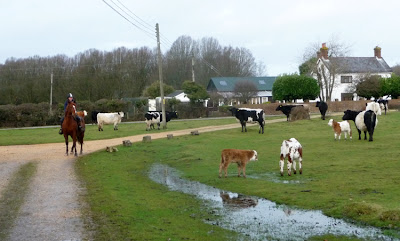