Julie and I paid our second visit to Hotlips Houlihan (Hattie) and her Mum, Katie today. Although their respective owners haven't had time to do any more handling with them over Christmas, they have been feeding them in the pens so that they would see them as a hotel. Both ponies had remembered everything they had learned and experienced last time and we were able to make progress almost straight away. 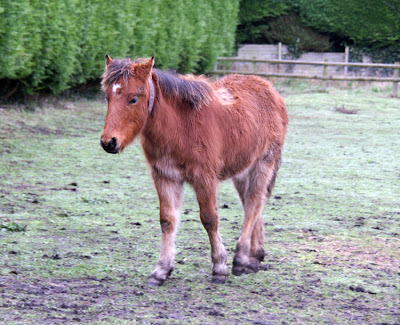 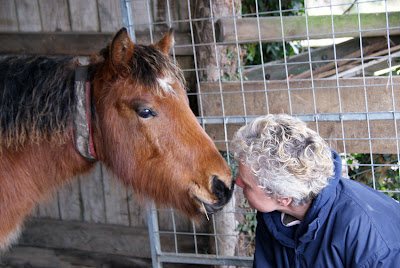 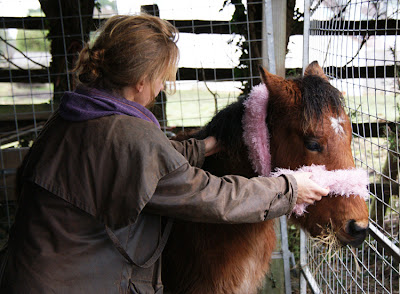 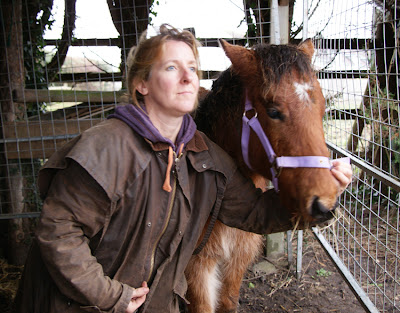 Within the first hour, Hattie had had her first head-collar on and off several times and later we started some leading work with her before finishing with touching her legs. 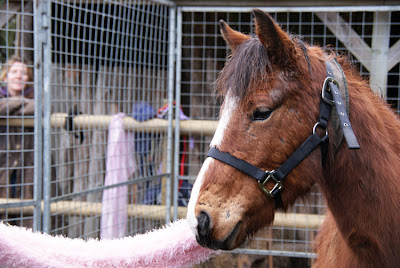 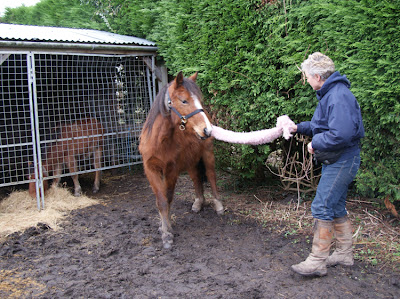 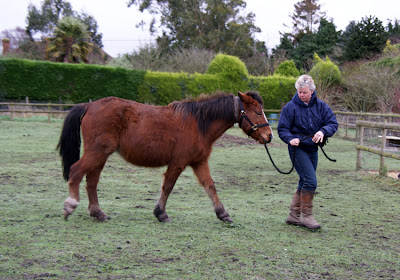 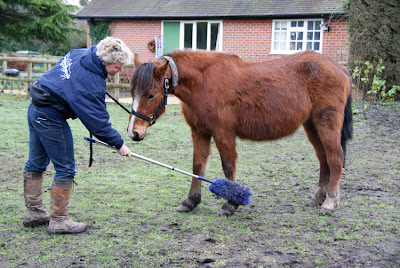 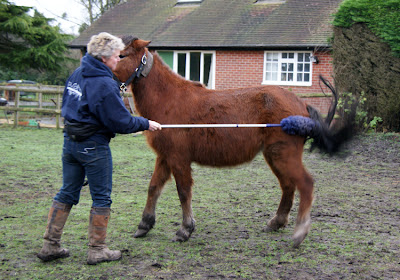 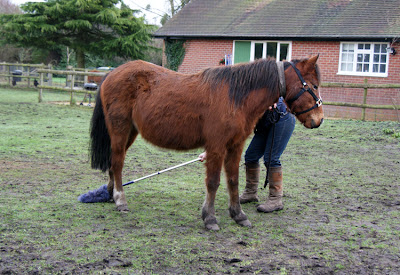 Katie, who is a real character, and comments on everything you do, had her head-collar on within a minute and then I began to teach her to lead. She pulls some awful faces but gets things so quickly. As a wild mare she has to be prepared to defend herself and to turn stallions away when she's not in the mood, accordingly she was very sensitive about being touched at the back end and yet within two movements of touch and move away she had absolutely accepted the feather duster and enjoyed a good rub on the back of the fetlock.
Posted by Loisaba Wildlife Conservancy at 8:19 PM