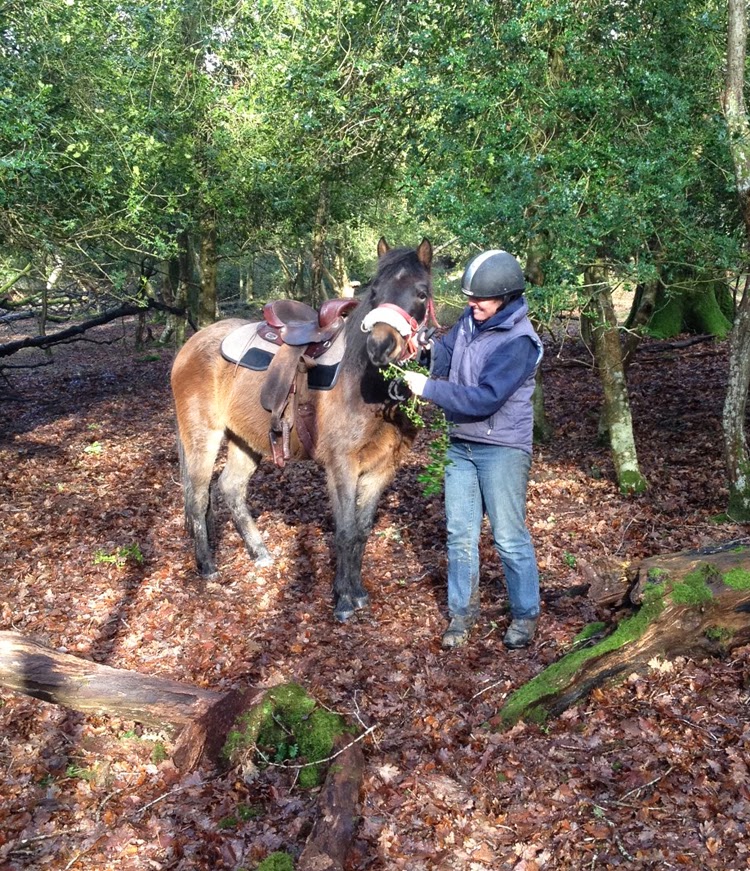 Charly and I took Nettles out for a walk by himself today so that he could wear his saddle and get used to the sound it makes if he goes under trees and over ditches and streams. The saddle doesn't fit as well as we would like so we shall switch to an English saddle before he is ridden in one. He's such an angel this pony and such good company. Yesterday he went out loose with Jack in the inclosure and was madly galloping about through the bushes, playing hide and seek  Today he was calm and sensible on a lead rein, doing everything asked of him.  We only had one disagreement and that was when I thought that eating prickly holly wasn't in his best interests - he begged to differ!