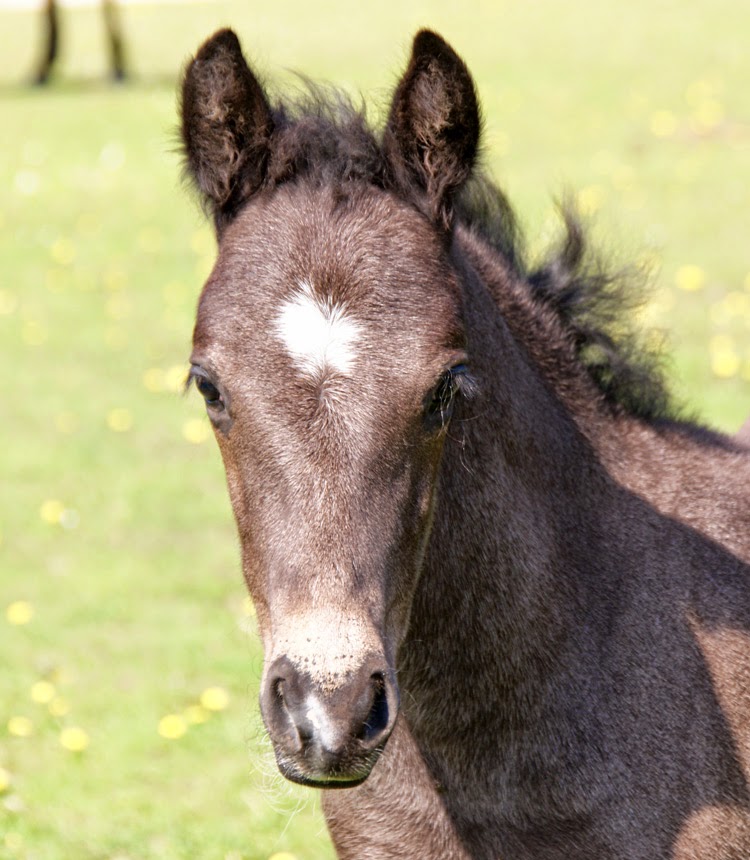 Another glorious but glaring day on the Forest. This foal was almost too close to photograph. 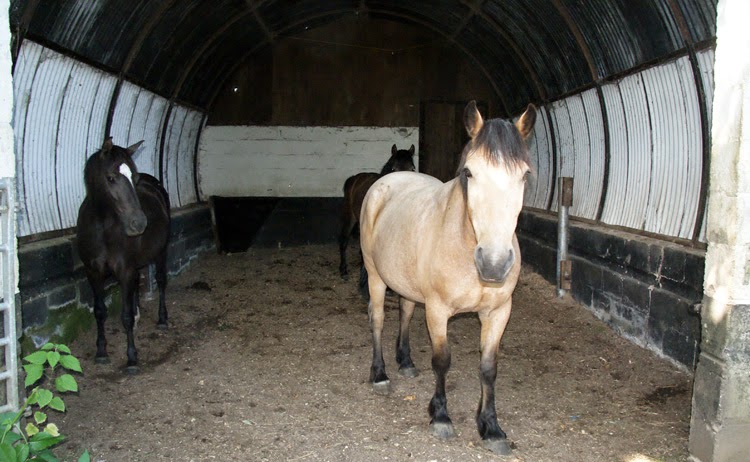 Jack, Indy and Nettles had taken sanctuary in the Nissen Hut* where it is cool and dark, whereas Bella was trying out her new hat. 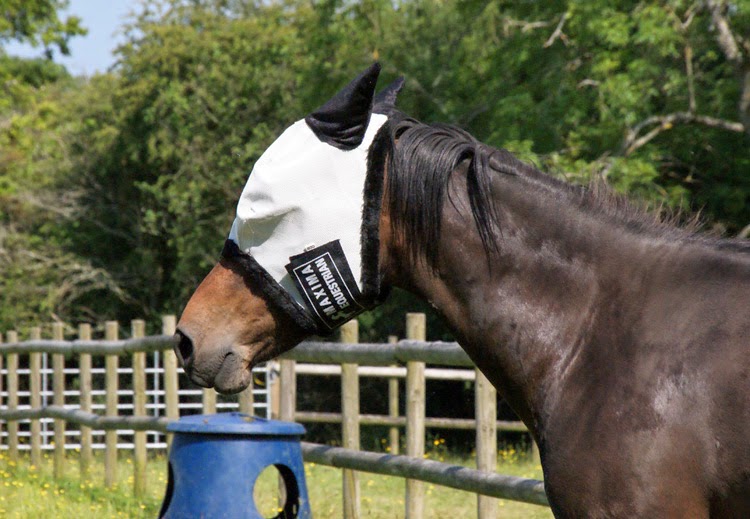 Indy and Jack were certainly fascinated by her fascinator. Is it Ascot? 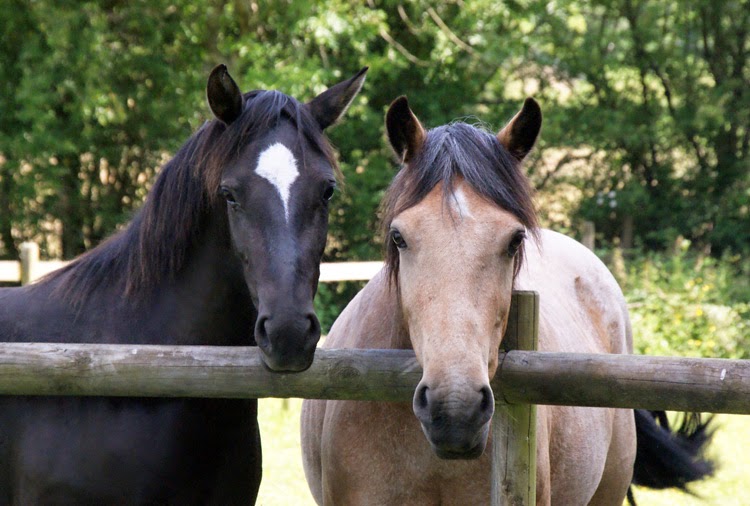 Tracey and I had our first ride out since I got back. It was great to be reunited with my best orange friend. (I mean Theoden not Tracey!!!) 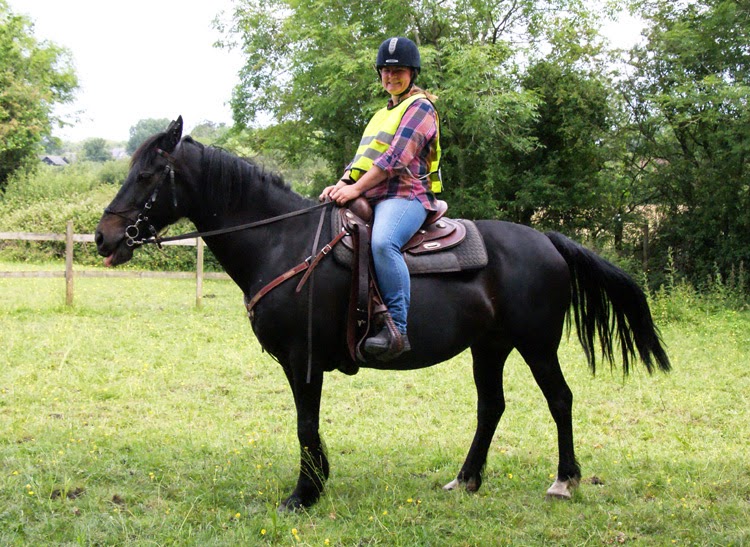 While I have been away Caroline has reached the foothills of her training with Tigerlily and has been busy setting up her new base camp. With meticulous attention to detail she has been taking Lily out for walks around the local campsite and Forest, desensitised her to children and bicycles, been riding out on another horse and getting ever fitter. She's now well established for striking out for the next stage of her journey. Our session seems to have involved Lily poking her tongue out at the tourists! 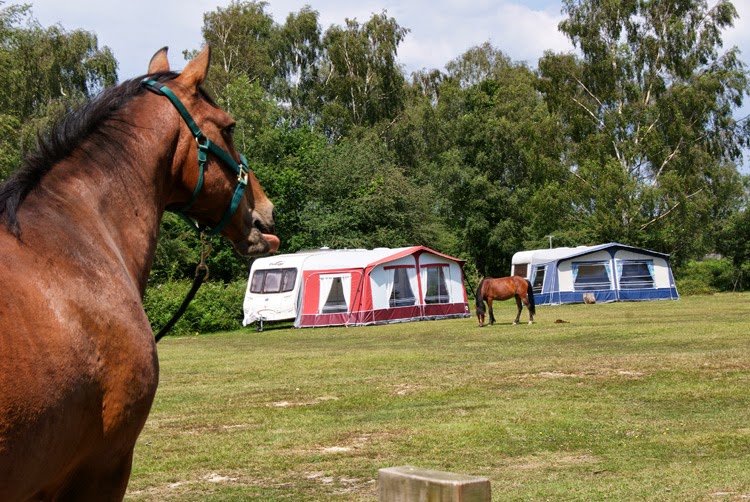 We also had time to watch the local wildlife. Some 'intermediate courting behaviour' as the guides would delicately put it out on Whitefield Moor. The stallions were due to come back in on 16th June but this one, Sway Mister Blue Sky, seems to have missed the net and is still enjoying his freedom. Once again we were struck by just how brazen the mares are as they positively mobbed this young colt. 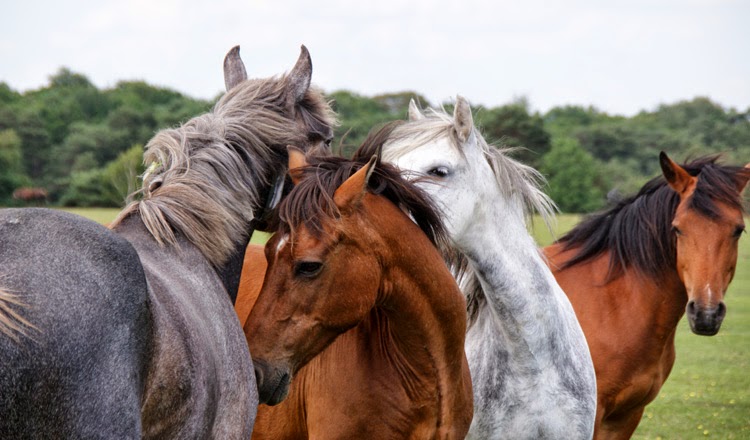 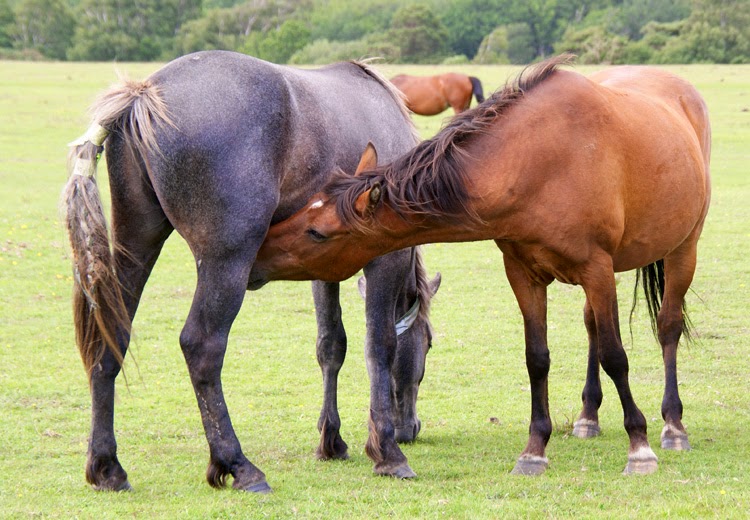 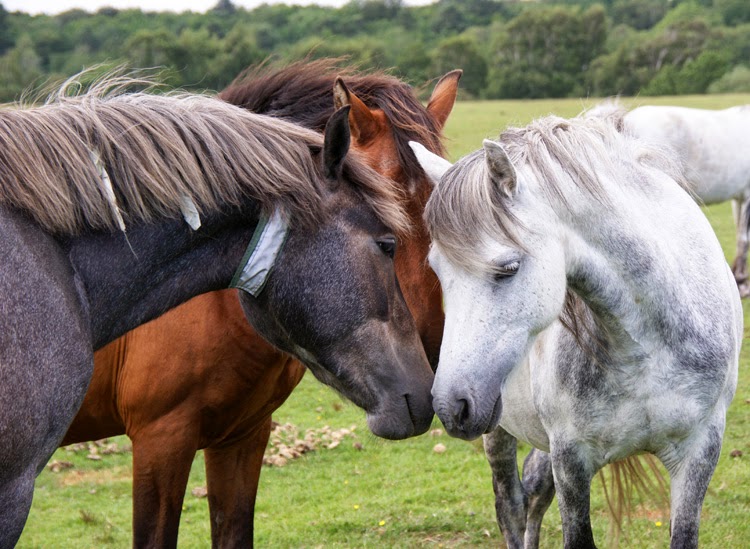 Meanwhile this filly seems to be enjoying cooling her heels in Round Pond at Roundhills. 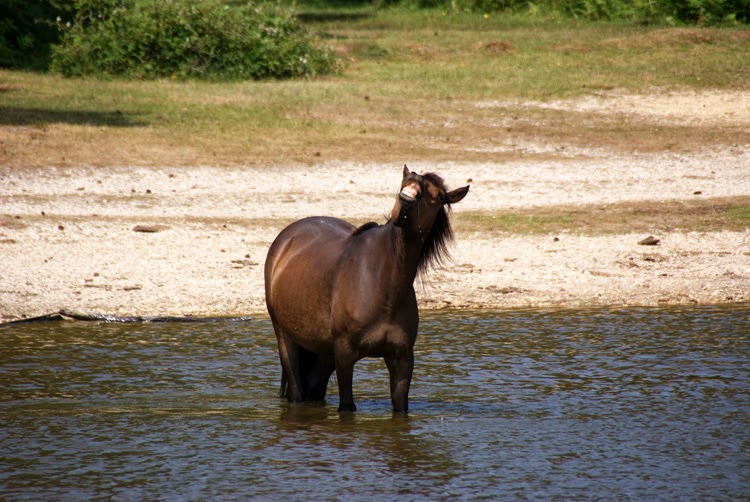 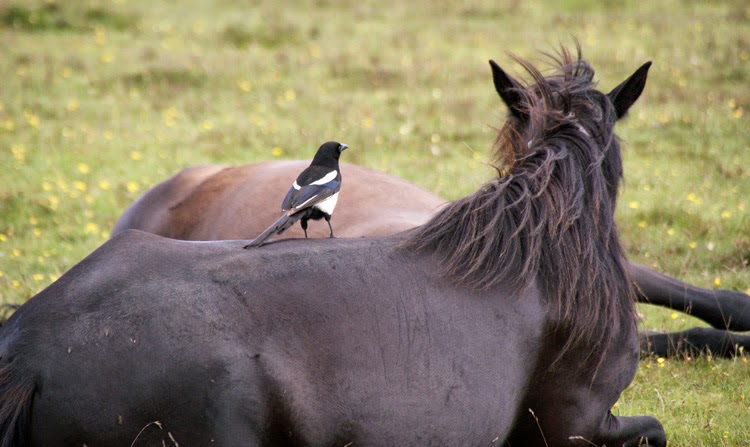 Between 16 and 18 April 1916, Major Peter Norman Nissen of the 29th Company Royal Engineers of the British Army began to experiment with hut designs. Nissen, a mining engineer and inventor, constructed three prototype semi-cylindrical huts. The semi-cylindrical shape was derived from the drill-shed roof at Queen's University, Kingston, Ontario (collapsed 1896).Nissen’s design was subject to intensive review by his fellow officers, Lieutenant Colonels Shelly, Sewell and McDonald, and General Clive Gerard Liddell, which helped Nissen develop the design. After the third prototype was completed, the design was formalized and the Nissen hut was put into production in August 1916. At least 100,000 were produced in World War I.Nissen patented his invention in the UK in 1916 and patents were taken out later in the United States, Canada, South Africa and Australia. Nissen received royalties from the British government, not for huts made during the war, but only for their sale after the conflict. Nissen received some £13,000 and was awarded the Distinguished Service Order.
Two factors influenced the design of the hut. First, the building had to be economical in its use of materials, especially considering wartime shortages of building material. Second, the building had to be portable. This was particularly important in view of the wartime shortages of shipping space. This led to a simple form that was prefabricated for ease of erection and removal. The Nissen hut could be packed in a standard Army wagon and erected by six men in four hours. The world record for erection was 1 hour 27 minutes