With the summer holidays rapidly approaching and herds of children sweeping majestically across the plain, we thought that Nettles ought to have a bit more riding experience before he carries Charlie's children. He wore his Western saddle for the first time since growing into it and had a lovely ride around the inclosure. 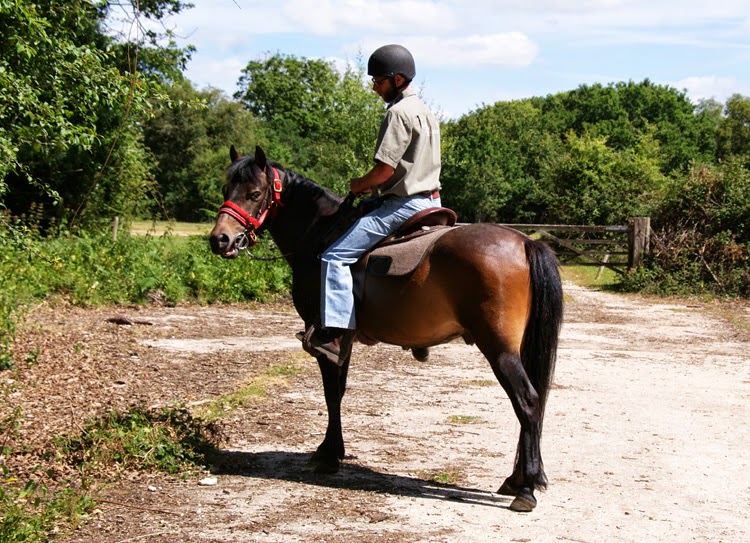 You couldn't have better weather to train a horse to accept water from a hose pipe. Any horse should appreciate being a little cooler on a boiling hot day even if they are not a fan of cold showers. The difficulty with water is that there is no release because it is impossible to take the water away once it has been applied unless you happen to be using a wet and dry hoover! The art then is to provide a release by changing the sensation by using a lovely rub and removing the excess water. This worked really well with this engaging and engaged mare and she was soon accepting water all over her body. I started with the left hand side of her body and her owner took over for the right. 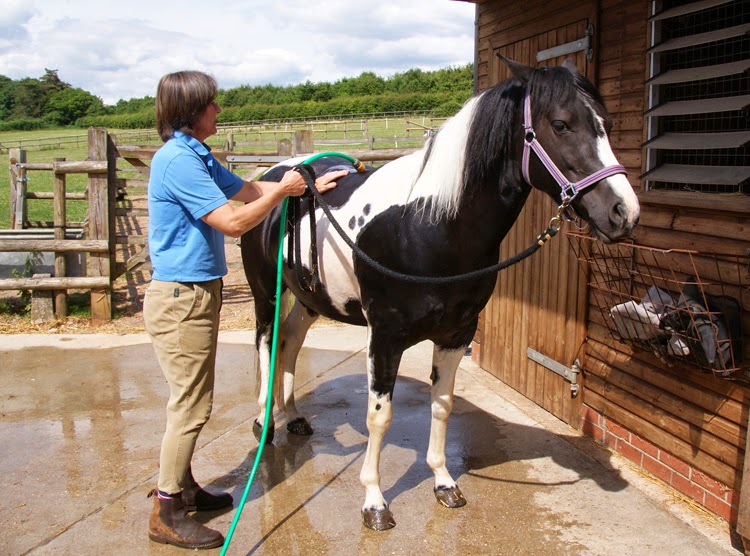 Afterwards we did some loading practice once again using what I have started to call IH plus. The addition of the clickered treats proved to be incentive enough for this little horse to stay quietly in the trailer rather than backing out as soon as she was in. In this way we could safely put up the back bar and then the ramp. 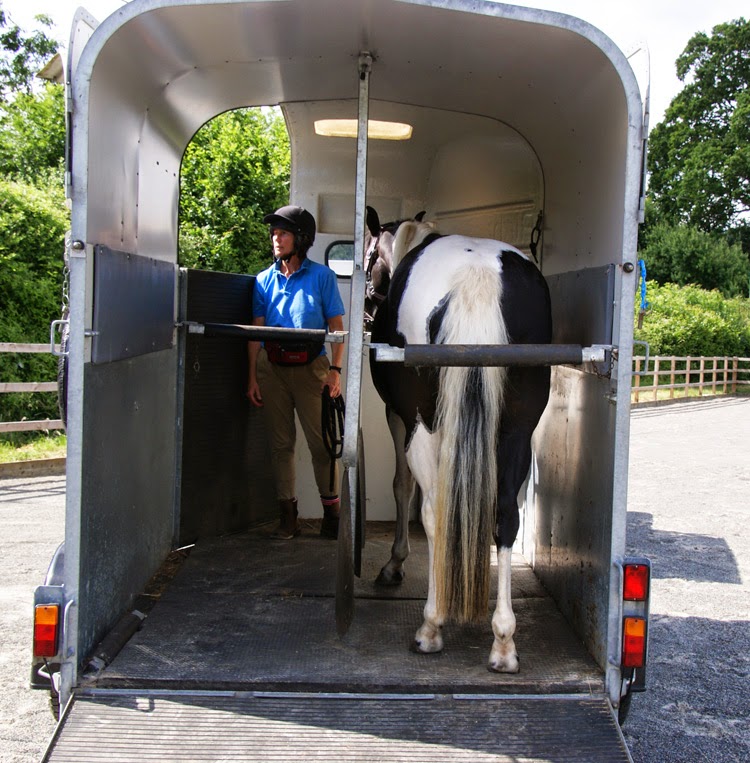 "Thanks for the great session. I can hardly believe we achieved so much." CB

Email received 2nd July, 2014: "So I opened up the trailer ready, put my bum bag on with pony nuts and just led her in. There was a split second of hesitation until she realised there were nuts. I stood back against the wall and gave her 4-5 nuts then led her out before she could think to do it. Did this 3 times and then led her back to the gate to leave the arena. She planted her feet. She has never expressed a desire to stay in the arena, always wants to get out as fast as possible. So I led her back to the trailer and she was quick to go in, I gave her nuts and led her out ..." CB

and on 12th July, 2014: "Rosa is still keen to go into the trailer even though we have started closing the ramp up and walking away to leave her in there for 5-10mins. I thought I would test a theory – I let her off the lead rope while we were at the gate and she turned and headed for the trailer and went in on her own! I went in through the jockey door to give her a treat. Going to start the engine and go around the arena next time."