Three young ponies with four letter names today and three one hour sessions. It's amazing how much you can done in an hour and how changing the subject can make things easy when you go back to something from earlier. 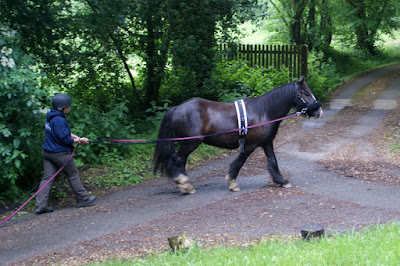 Elmo was long reined out... 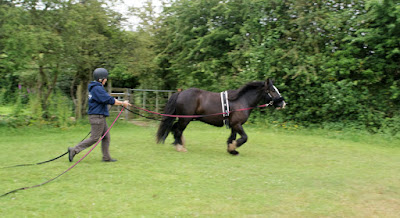 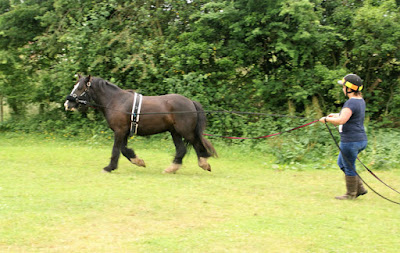 We were trying to get the bottom of a little bit of stickiness that he has demonstrated when long reining and short reining. No sign of it on the long reins at all and on the short reins he was trying to tell us that he'd prefer not to be short reined from his right hand side as he finds the touch of a human body on that side in that particular place very irritating. With some desensitisation work, making friends with his girth area on that side, he was fine. 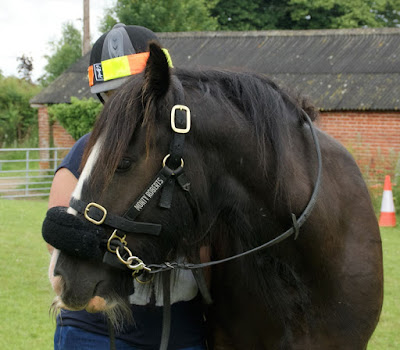 The weather was a bit iffy and on my way across the Forest I saw these three mares sheltering from the shower. 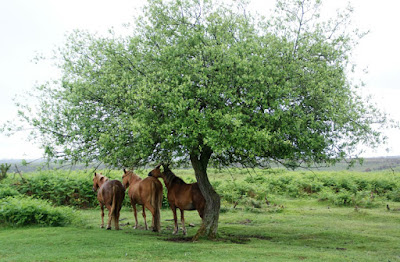 It was great to see that Bear and Jack have settled into their new accommodation and made friends with their neighbours. 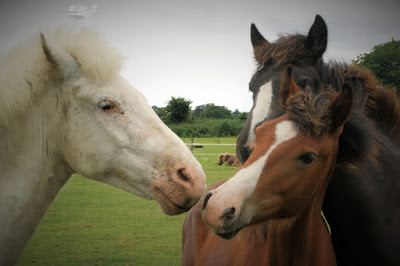 When a pony has been to the extreme like Bear has, almost going over the brink with fear, it takes an extreme form of training to bring them back. Clicker training changed him from a cold old Polar Bear into a Cuddly Teddy Bear for a while, however, as his confidence grew he began to think he was invincible and was heading towards being a Grizzly Bear instead! 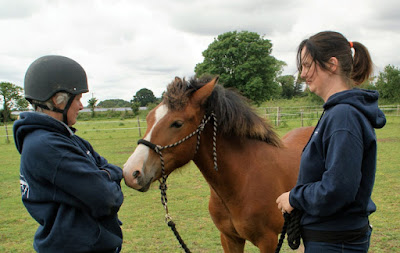 Now he's feeling so confident it's time to take him back to the middle by imposing some clear and consistent rules and not playing with him. Here's Lou and I waiting to see if he will bite. I had used strong body language to ask him not to bite the first time and he didn't try again! You can see his nose is checking what he is allowed to do. 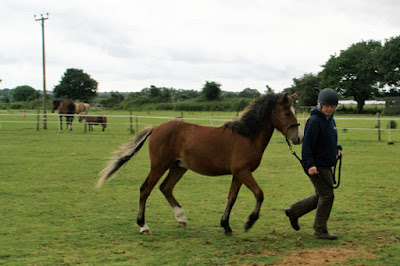 He has got a very floaty trot but has a tendency to go into pressure with his left shoulder once he gets started. The best way round this is to introduce trot just a few strides at a time so that it doesn't feel so exciting. 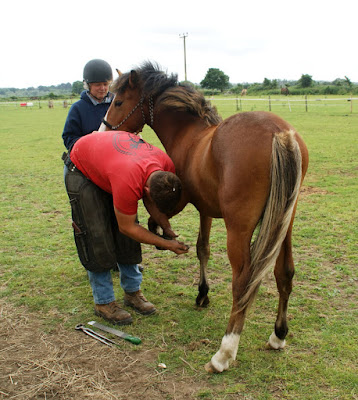 He was excellent with the farrier (this is only the second time he has had his feet done). 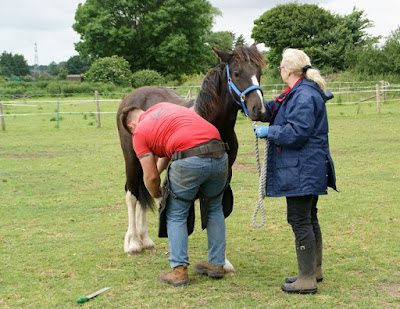 Jack is also doing really well and was pretty good with the farrier too although in his case it is his front right shoulder that tends to go into pressure. 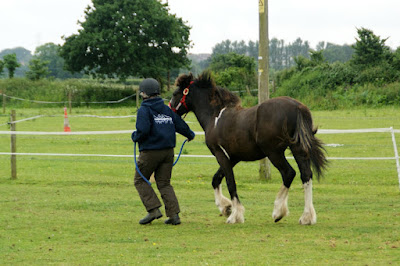 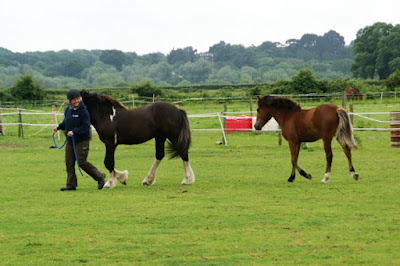 Jack's trot is coming on really well...and apparently Bear has really got it now... 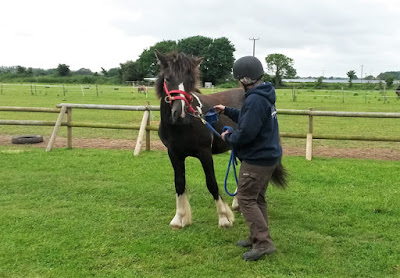 It might have rained but Jack is not convinced he wants any extra water on his body. This is the start of preparing him for being bathed in the future. When he stands still the water is taken away and the wet part of his body given a deep rub to take the sensation away. 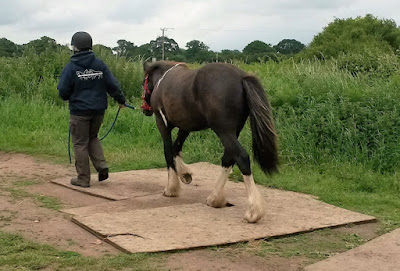 Walking over the boards was no problem... 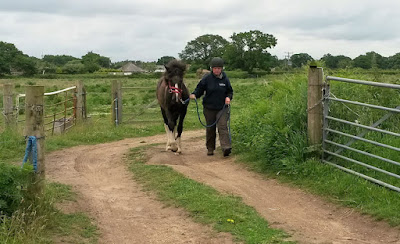 ...and he has started on going out of the fields and onto the track. We take a 'bean bag race' approach by going to one spot, and then another, sometimes nearer, sometimes further.
Posted by Loisaba Wildlife Conservancy at 7:52 PM