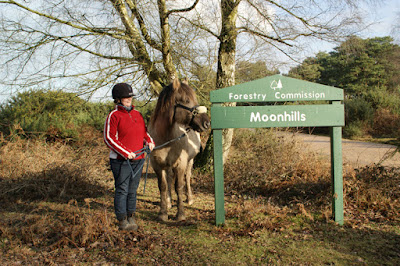 Moonhills is my favourite place name on the Forest; unlike Woodgreen it shows a little more imagination. Tracey and I took Sammy out for his 'Wednesday' walk, even though it's Tuesday.

There are always lots of dog walkers out with their dogs and so the grass surrounding the car park is liberally sprinkled with dog poo, requiring a bit of fancy footwork if you are to miss it. If people are not going to pick up after their dogs I'd prefer them not to bag it as then there are just piles of poo-filled bags all over the place. It isn't practical to have bins everywhere on the Forest so litter of all varieties has to be taken home. 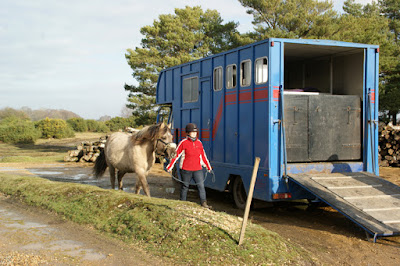 We took the opportunity to look at someone's big horsebox today. Sammy wasn't in the least bit perturbed even when the horse inside stuck his nose out of the window to whinny at him. 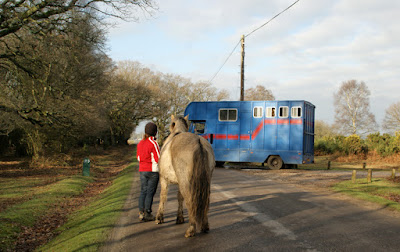 With the road closed we took advantage of the lack of traffic and walked down the centre of it. 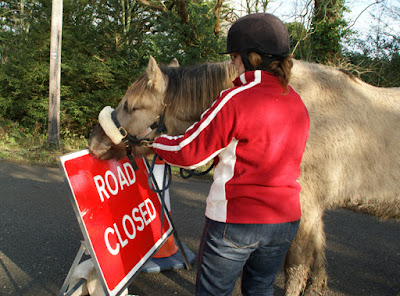 We also had a good look at the work that the Highways Authority are doing. They are replacing the cattle grid entirely which will hopefully make it less noisy. 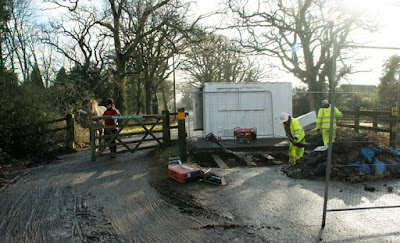 Sammy wasn't concerned about the noise that the pneumatic drill made. 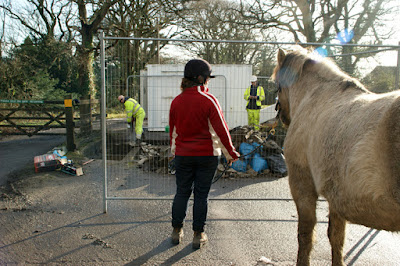 Back home Sammy had some bridle practice. Yvonne is trying out a new contoured bit which hopefully Sammy will prefer, however, he expresses his concerns through throwing his head around. Using the hand between the ears approach can encourage a horse to hold his head still or even lower it. 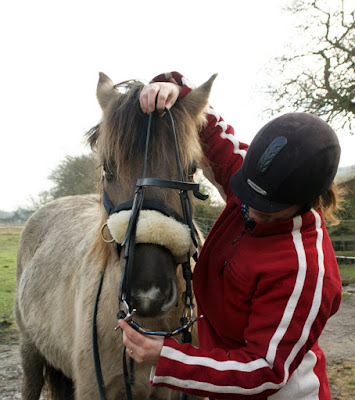