One of those days when far from taking 'Giant Steps', even the smallest steps seem to be very difficult. 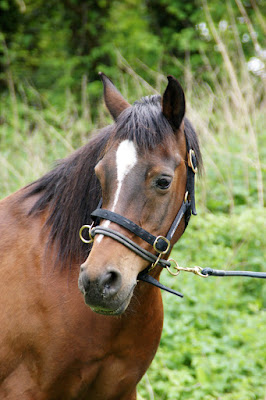 First thing I worked with Dom for the fourth time on loading into the trailer. He no longer needs the panels and will load consistently time after time. On the last occasion he accepted the back bar and apart from slightly rushing when coming down the front ramp, he seemed to be making good progress. Today we worked on that again, alternating between asking him to unload backwards and forwards. However, when I finally got round to putting up the back ramp, he panicked a lot before calming down enough for me to take the back bar down again. There is very little in his history that would suggest that he would behave in this way. He has always been treated well by his owner of many years, and travelled fine in a horsebox once loaded. The only thing that she could think of was that he was roughly treated when loaded as a weanling from his previous home, and then practically carried into the box. All these years and that anxiety seems to have stayed with him. 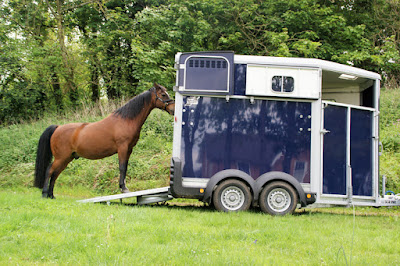 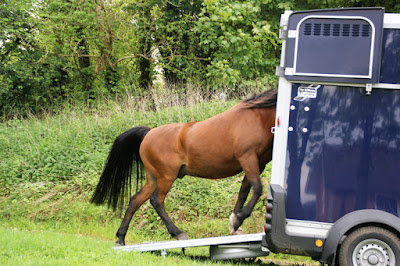 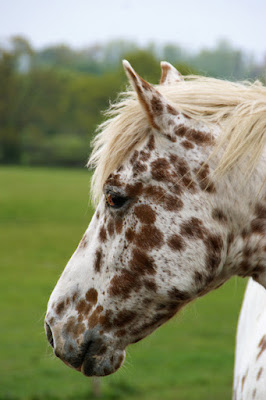 The hope is that we will eventually be able to long-rein Odey and that he will be ridden. However, at this stage he is frightened of the surcingle or anyone approaching him as if to mount. We did some gentle desensitisation work with the surcingle, ending with it laying across his back, and I have left his owner with the surcingle and careful instructions so that she can work on it in my absence. For a horse like this I would always use a breast girth so that it can be fastened to a thin piece of string on the surcingle until the girth is quietly done up, and then transferred to a ring on the surcingle. This prevents the surcingle slipping back if the horse does panic in any way, suddenly becoming thinner as they do when they are worried, and meaning that they don't have to be over-girthed. 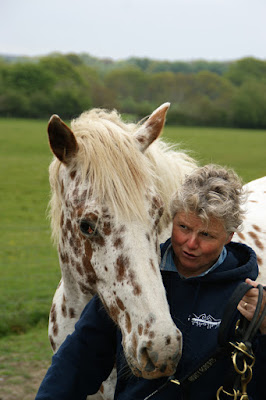 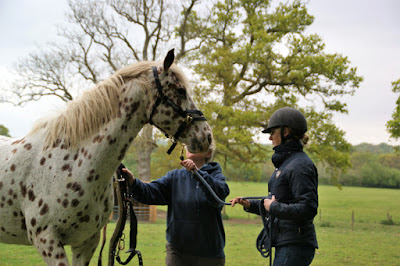 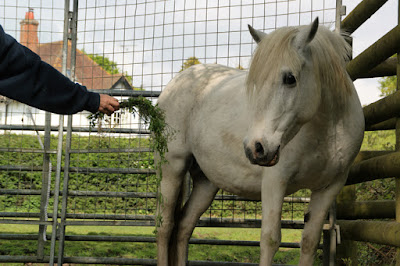 Moon made subtle progress, She could not be tempted to take food from my hand no matter how long a bouquet I created out of cleavers and cow parsley, but she would take it if I dropped it on the floor. In any event I can now get a lot nearer to her generally and she is far calmer to work with. Otherwise it was a session dedicated to consolidation. 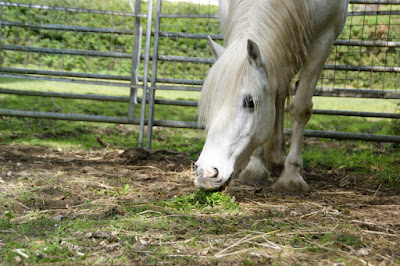 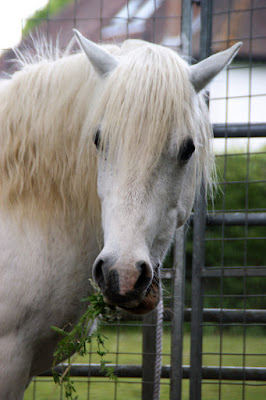