than the deed. Sammy managed to get Missy's head collar on today. What a supreme example of patience and empathy. She even left the nose-band low on the pony's nose to avoid putting any pressure on where the old head collar had pressed in to her face. If only they gave rosettes for this! 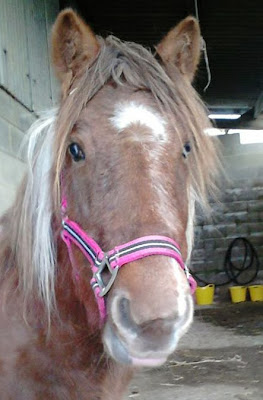 Back here, Theresa, Tracey and I all went off with Sampson in the trailer to have another session in the outdoor school. This is only his second visit but already it has all become very old hat and he only ran around for one circuit to acclimatise himself. After that we amused him by trotting him over poles and a little spread, going through the L-shaped poles and doing a little bit of liberty work. 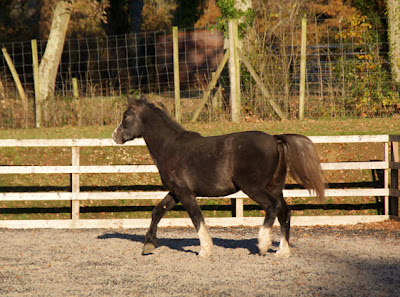 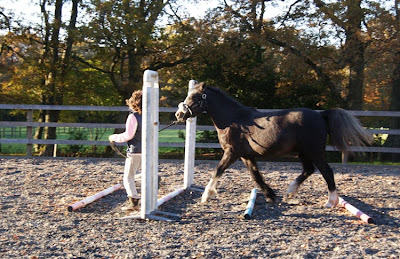 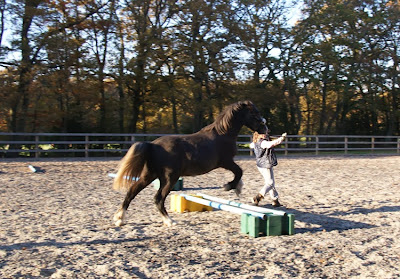 The one common theme over the last few horses has been the power of eye contact. If you want a horse to jump cleanly in hand it's really important not to turn and face them as they jump - otherwise they will drop their back legs into the jump. However, in Tia's case yesterday I wanted her to start putting her feet into the water so deliberately faced her as she jumped - and in went her back foot!

The second lesson of the day is that if it smells like pig poo..... 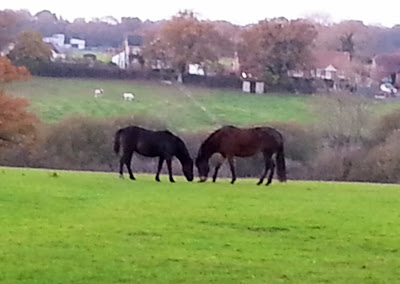 It probably is pig poo! They're back tonight, the whole jolly lot! 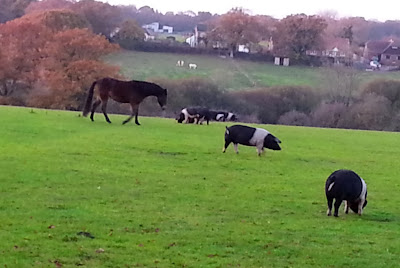