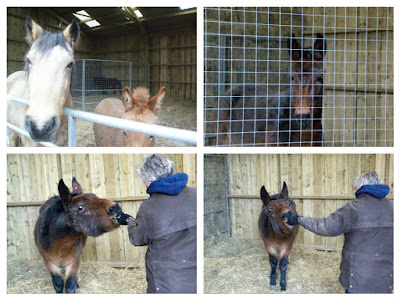 Team GB (that is, Team Ginger Biscuits) has a new member. I thought I would check if Hattie would go into the barn and was pleased that she followed the other two in and then parked herself in the pen. I took the opportunity to close her in as she will be travelling again tomorrow. Although she has had very little handling, besides being put in a crush and 'tied on' once she had a head-collar on, she seems not to be too frightened of people and she eventually sampled the ginger biscuit I offered her. I left her in the pen with a section of hay and let her out again after about an hour.
Posted by Loisaba Wildlife Conservancy at 4:36 PM