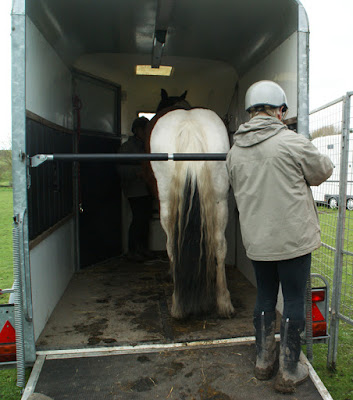 It has to be acknowledged that it is taking quite a time to train Archie to go in and stay in the trailer happily. His owners are the best practisers I have ever known, not only in terms of what they do, but how often they do it. Today Archie stood quietly in the trailer for five minutes on his own with all of the ramps closed. It's tempting to say that we should get on and move with him on board now, but all travelling horses have to be able to stand quietly in a stationary vehicle. The survey I did for BARTA and IH showed that most incidents occur when the vehicle is stationary.


Archie's particularly fear seems to be noise, not helped today by a man cutting down trees in the garden next door, but travelling is a noisy business with the road noise of the trailer alone amounting to some 80 decibels at 40 mph. and plenty more coming from passing lorries. We've been experimenting with using music in the trailer but it was most unfortunate that today's first tune was Come Outside! By the time we got to Lily the Pink via I'm the Urban Spaceman we were a lot more relaxed. 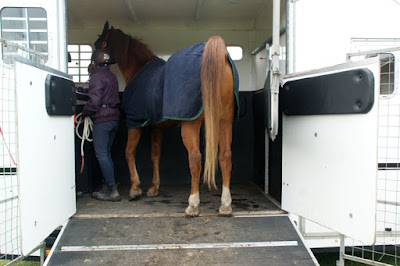 Bond has made some progress in loading into the EquiTrek and his owner has been practising in the stable, asking him to move over to one side and stand in a set place. However, in the trailer he seemed unable to figure it out and took any cue to stand over as a cue to step towards Anne or step out backwards instead. 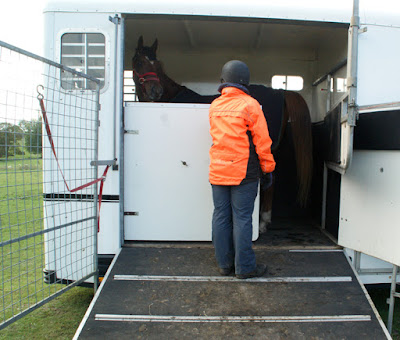 Rather than using the partition (which has now had the plastic removed from the bottom) which would have closed on him from the wrong direction for now, we made use of one of the ramp gates to suggest to him that he might like to move his bottom over. This worked well, and because it came no closer, helped him to understand that he has plenty of space. The partition itself can be moved outwards to the three-quarter width position or even wider so that he is has lots of space when he is travelling on his own.

As we were passing on our way home, it seemed rude not to call in on the camels. Julie got the chance to see just why I love them. 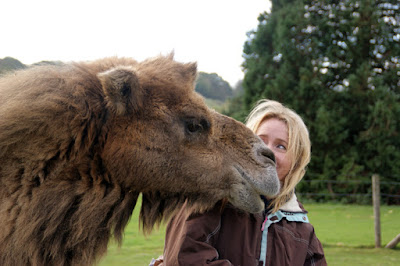 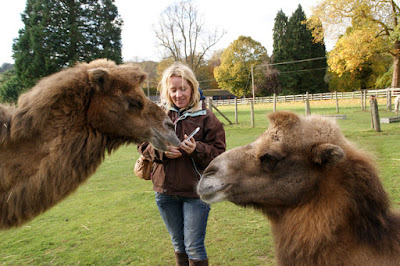 Julie is the Tessa to Tracey's Claudia. I don't know what I would do without them other than sulk. 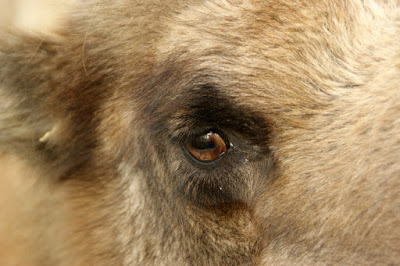