The Verderers and Blue Cross have now given me permission to tell the full story of Doris.

I have been keeping a secret ever since the night of Storm Doris. A couple of days before the storm, I spotted a coloured mare, a trotter/cob type, outside my neighbour's talking to her elderly horses over the gate. The horse looked like a toast rack, all ribs and no muscle. I contacted the Verderers' Office and asked whether she was meant to be on the Forest, and to explain that she was very thin. It transpired that she had been abandoned on the Forest a few months ago, complete with headcollar, but attempts to catch her had failed at that time, the headcollar had broken, and she had disappeared from then on. She was spotted briefly on 14th January, by a friend of mine, and didn't look too bad then. Apparently she was begging to go on his horsebox! 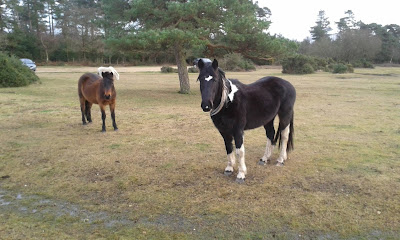 Since then she had dropped a lot of weight...just proving that horses have to learn how to survive on the Forest and so throwing them out, especially in the winter, is not an easy option for them. 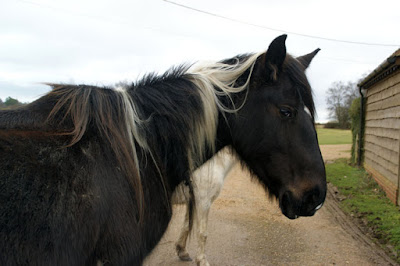 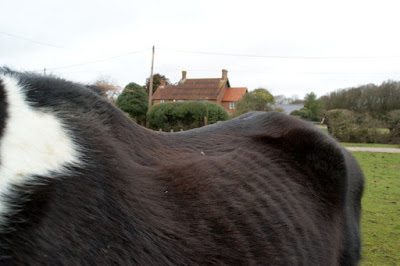 I asked the Verderers whether they would like me to try to get her in, and on the evening of Storm Doris I was able to get her to follow me with a purple bucket and a paltry amount of pony nuts into my pony pound. As Théoden was on box rest I left her in my top paddock so that she had company and gave her a small feed, not wanting to overdo it, and a lot of hay.

I looked after her for almost four weeks while the Verderers and I tried to negotiate a place for her at one of the solid horse charities. The Verderers have to make a very pragmatic decision when they come across a stray horse on the Forest, often selling it through Beaulieu Road Sales to recover some of the costs of their keep, or if they are dangerous or otherwise compromised, putting them to sleep. What they can't do is anything that would encourage people to dump even more. The Verderers had notified the police and they had checked the stolen horse registers. 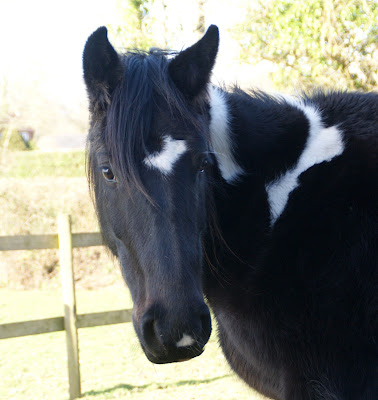 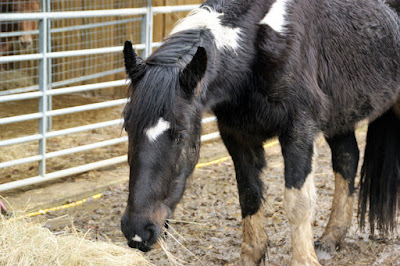 Now called Lady Doris of Janesmoor to commemorate where she was found and when she came in, she proved to be an absolute sweetheart, with the longest greeting neigh I had ever heard. She was wary of being caught but a little bit of clicker training soon cured that and she liked being rubbed and groomed. She received regular feeds, ad lib hay, and was given a five day course of Panacur Equine Guard which although not all encompassing these days, is more gentle on horses whose system is struggling. 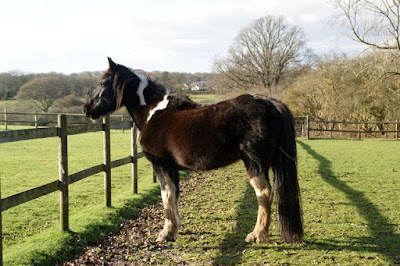 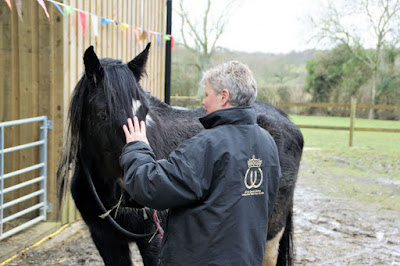 I also asked the vet to assess her, and he agreed that she was about six and her conformation was fine. He checked for a microchip and there was none. Later the same day, she had her teeth done, accepting a headcollar and then the gag very easily. We became very fond of each other, cupboard love in her case. Somewhere along the line she had been treated very well and she liked humans, and human company. 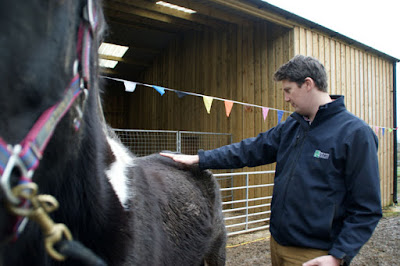 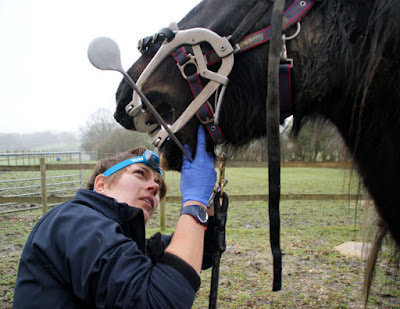 After a few days, once Théoden had been turned out,  Lady Doris made it clear that she would like to spend her time with 'Lord Bath of Fritham' and Lady Henrietta. This meant that she was starting to move around a lot more and going up and down the hill with them. 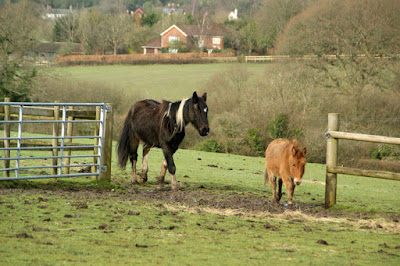 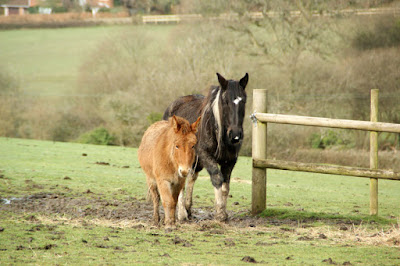 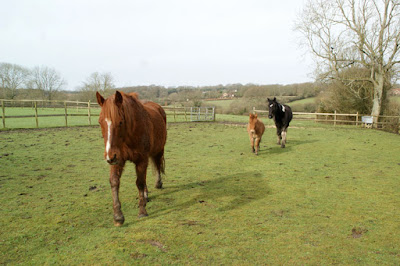 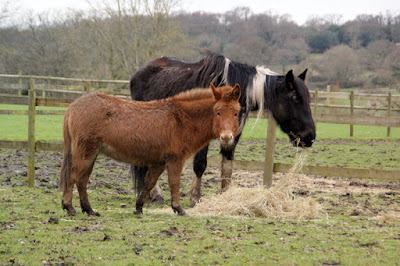 It was very fortunate that Doris was accepted by the Blue Cross where she will be guaranteed a home/owner for life. This is unusual because more often than not, the welfare charities are full and are unable to help out with animals found dumped on the Forest. The Verderers and Forestry Commission are not charities and much of the funding of both statutory bodies comes from the taxpayer. Spending money on dumped and abandoned animals is not part of their remit but they do try to do the right thing by the animals. I offered to help in this particular case but it was made clear that I may not be able to recoup all of my costs. This I was prepared to accept, on this occasion, for the benefit of Doris.


We felt like having a bit of a party when we heard the news... 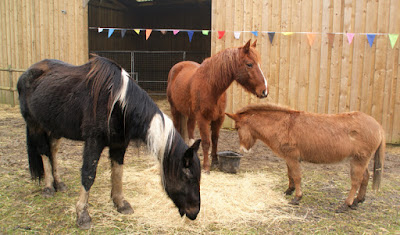 ...and by the time she left, Doris was feeling and looking at lot better. 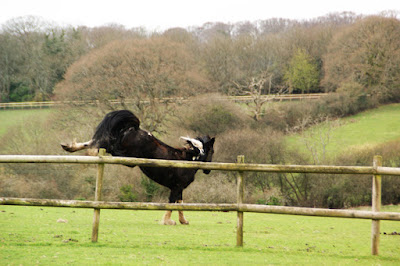 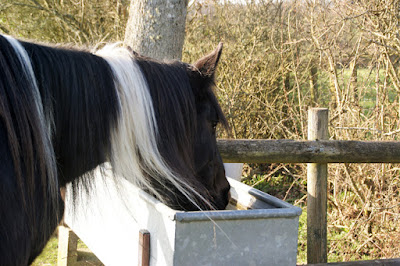 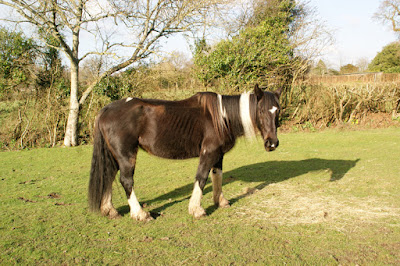 After an extended stay, we're off... 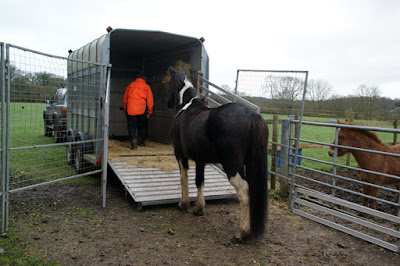 ...farewell to her fond friend, Théoden... 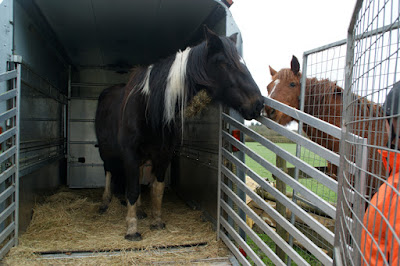 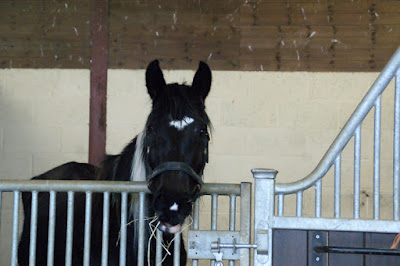 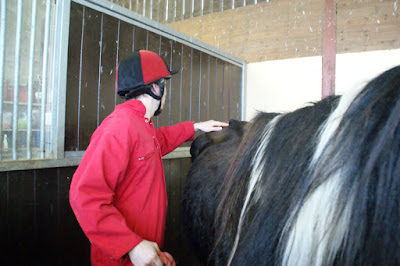 ...a leg stretch before bedtime. 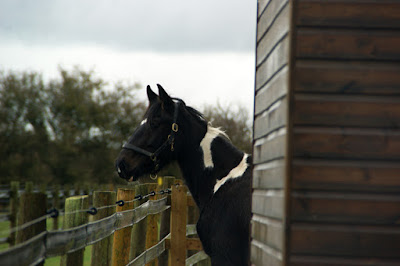 The Blue Cross find happy homes for abandoned or unwanted pets and keep pets healthy by promoting welfare and providing treatment.   If you would like to thank the Blue Cross for taking lovely Doris then please make a donation through their website at: Blue Cross Donations

p.s. Doris took quite a dowry with her to the Blue Cross, friends and clients of mine donating huge quantities of rugs, tack, and other horsey equipment, even dog beds and cat toys which could be sold through the Blue Cross' shop. Thank you to all of them.
Posted by Loisaba Wildlife Conservancy at 6:00 PM