Anyone who has lost a horse will know that after the initial shock there is a period of disbelief and loss. I say to all sorts of random people (the Chimney Sweep, volunteers in our local shop...), "I lost my horse last week." To them it hardly registers but to me it's feels as if I am measuring out my grief like a length of cloth. 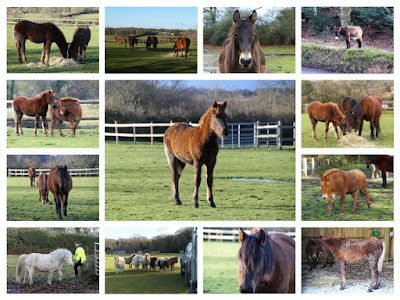 To everything there is a season and it was poignant to attend the funeral of my friend and client, Anna's owner George, who was eighty-nine, and hear about all the things he had done and been in his life. Fitting that the young vet who took so much care of Petra last week and attended to my ponies on Monday is also called George and has his whole life ahead of him to do lots of great work in his field. I'm urging him to go on the Veterinary Large Animal Rescue Course for a start...he'd be excellent in that situation.

I have been generally lost this week and just taking a little pleasure out of being with the horses even though there is a terrible space where Petra used to be.


Posted by Loisaba Wildlife Conservancy at 10:58 AM