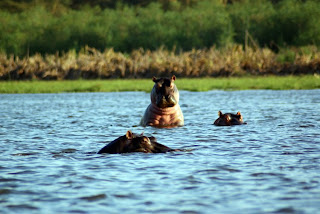 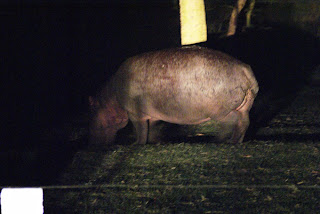 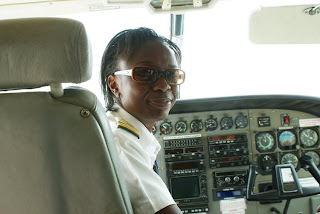 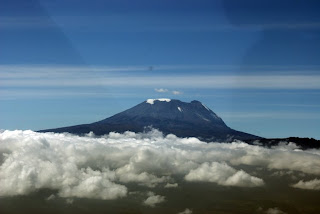 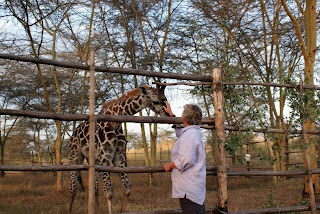 It's been a week since I could get near a computer and I am going to have to wait until I get home before I can put up any more photos. Our last night in Kenya was spent at the lake where we went out on a boat to watch the hippos and then sat at the Fisherman's Bar to watch them come out of the water.

We had an early start the next day and were driven down to Nairobi by Henry, a Rastafarian Rwandan who is married to a Kikuyu and supports Manchester United. We were then flown to Arusha by the worlds most diminutive pilot - bit disconcerting that she had to sit on a cushion and still couldn't see over the dashboard - an excellent pilot at that.

Since arriving, life has been chaotic. We were taken straight to the polo club where we found ourselves in the thick of the polo set. I was so tired that I fell asleep on David's shoulder - this was only our third "day off" since we arrived and every one of those has been a travelling day. We have worked with all sorts of horses and all sorts of people and given three little demos to the pony club which is very much in its embryonic stage here. Just 11 children ranging from 7 to 15 and ponies with all sorts of backgrounds; it's a great start. The same themes are relevant here with horses being generally well behaved on the ground - warmth and work really help - but having ridden and performance problems caused by saddle fit and previous careers. I really welcomed the opportunity I had to chat to Arlene, a local instructor, Andre, a showjumper and Tony and Jackie who breed polo ponies and run a polo string. Whilst I have reservations about polo as a sport, it was good to hear that they don't get on their ponies until they are four and they are not expected to compete until they are six at the earliest. We have been looked after very well by Cathy, who has kept us busy with horses and stayed at Caroline's house and then Andre's where the scenery (Mount Meru) is just spectacular.

We have already been down to Lake Manyara for a couple of days and we are off there again tomorrow for a couple of days rest before we trek back up to Nairobi. Of course the wild animals in the National Parks are breath taking. Last night we went to visit a couple who have an orphaned giraffe and he was just beautiful.
Posted by Loisaba Wildlife Conservancy at 12:26 PM