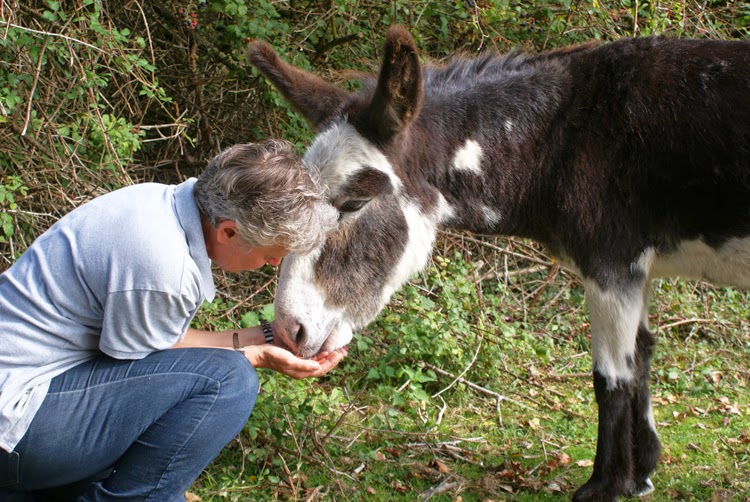 With my early morning ride cancelled there was time to do some blackberry and rose hip picking with one of the Forest donkeys. We're well away from the road here so I don't think I'm encouraging any highwaymen techniques. The donkeys are very good at beguiling the tourists and are placed at risk on the roads because of it. 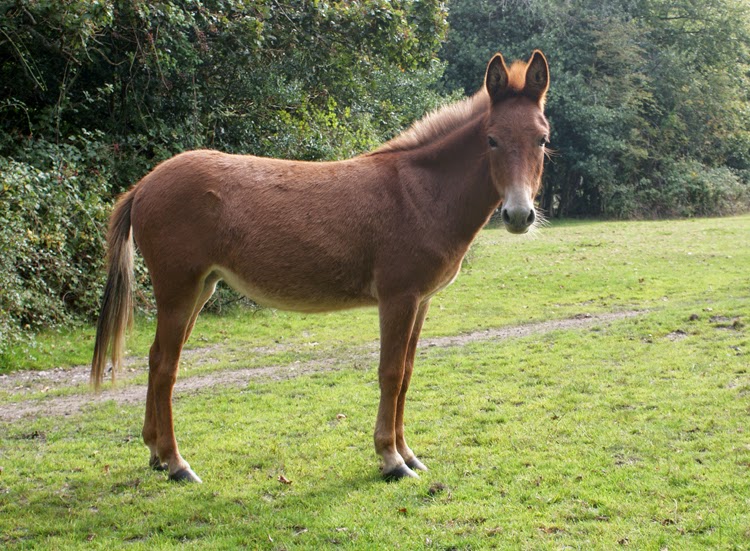 I haven't seen this mule since she was a foal over a year ago. At that time I didn't know what sex she was and I was talking to her owner about having her. Now that I know she is a mare I am really pleased because she could spend the rest of her life out on the Forest. 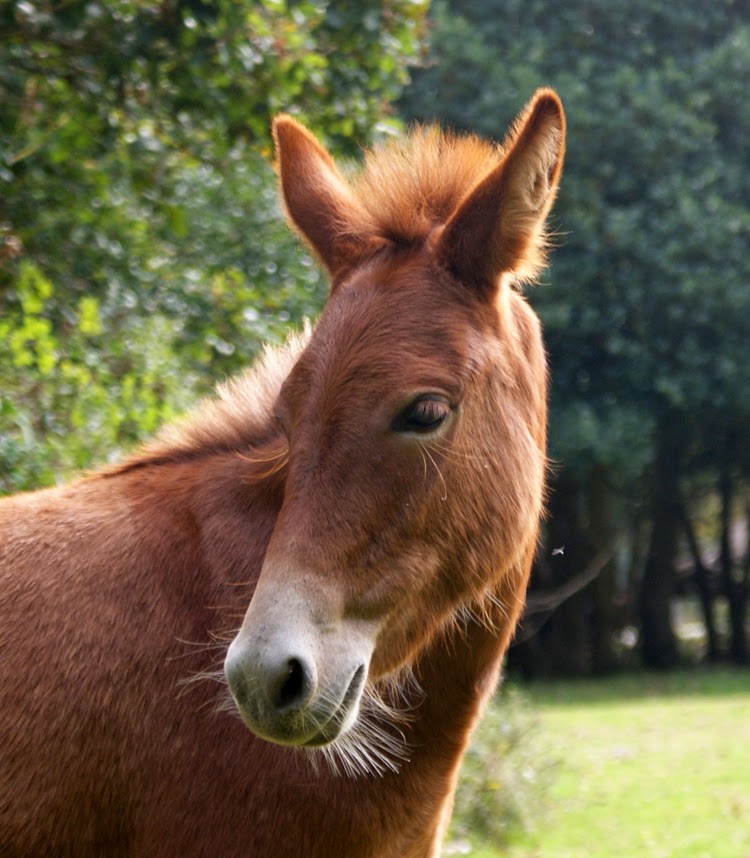 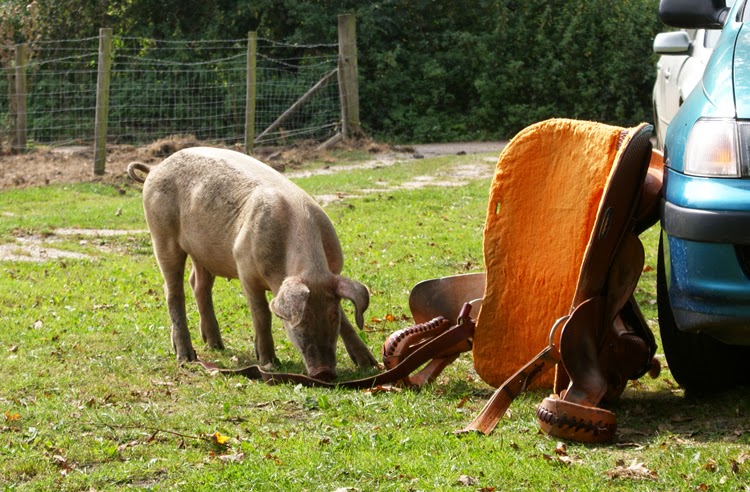 Off to Caroline's to introduce Tigerlily to the Western saddle as a possible option. However one of the resident pigs thought they might like to investigate it first. 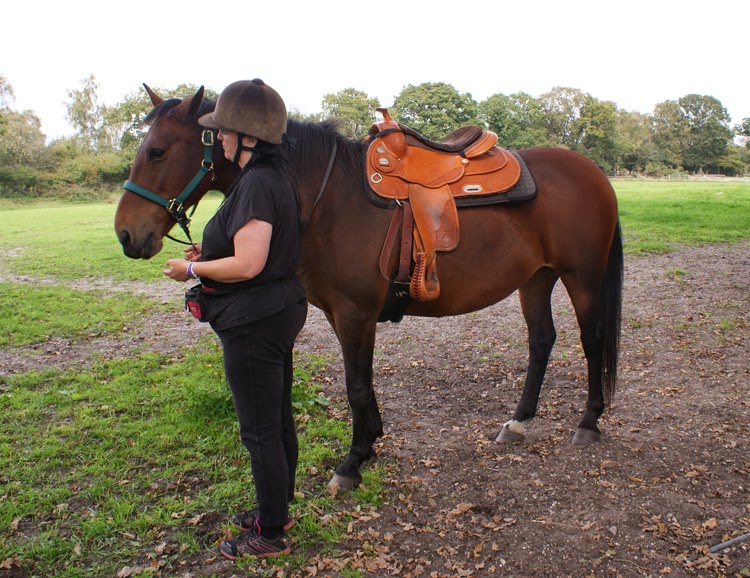 Tigerlily accepted the saddle very well but isn't so sure about having a girth tightened up. She will have to be persuaded that it is okay if Caroline is to be able to ride her safely. Although Western saddles offer the greatest weight bearing surface they are heavy and expensive in the first place. I'm just struggling to trust and other type of saddle to fit properly and I don't want the first message to be that saddles hurt. It's a tough job for a saddle fitter to fit a saddle to a horse that is not yet ridden as the weight of a rider can alter the fit so dramatically. Recently I've seen saddles that were supposedly 'fitted' drop down behind the horse's scapula like a dolly peg once the rider was on board. 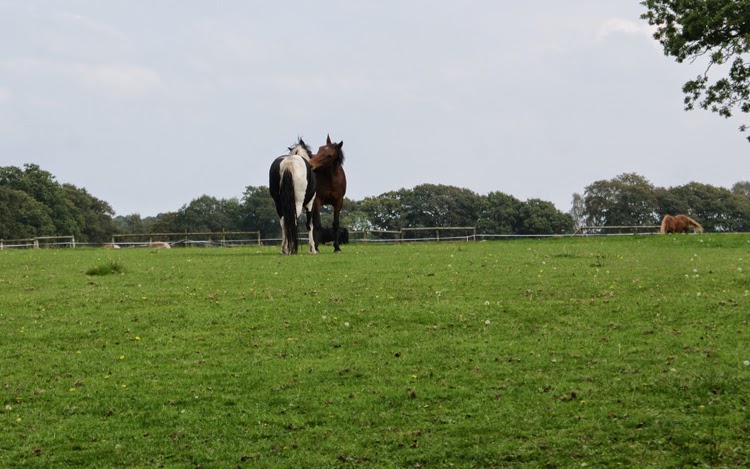 After a little time to chill with her friend Zee, Tigerlily chooses to reverse into her parking spot ... 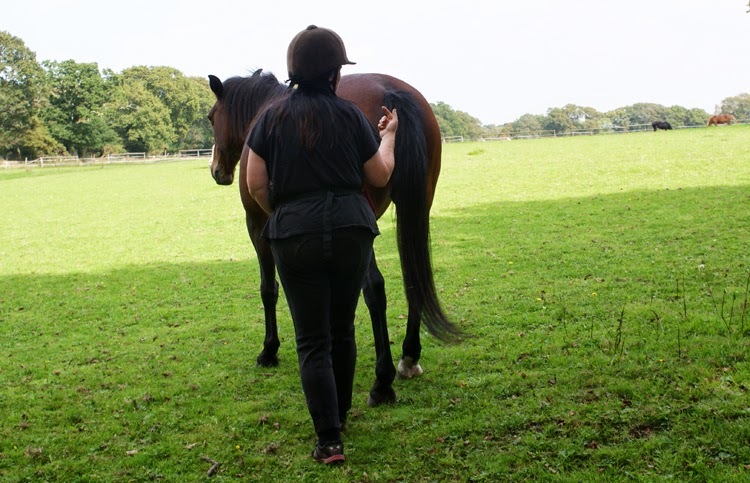 ...and Caroline rides her up the hill towards the gate. 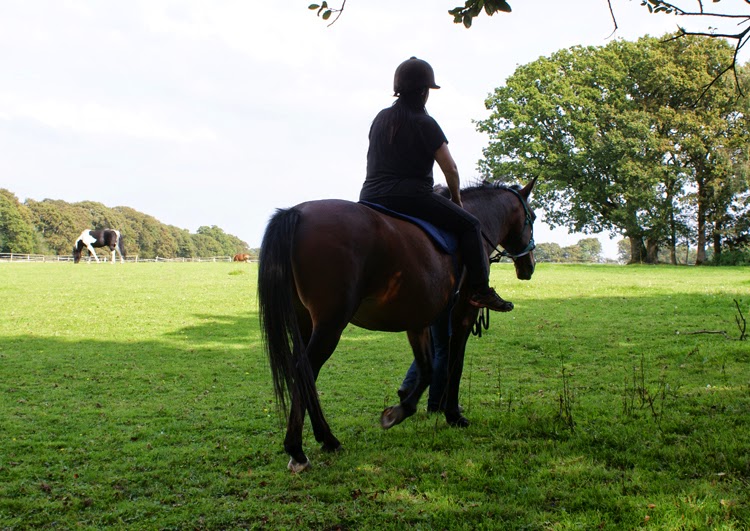 Next stop was Evie who is still settling in to her new home. For whatever reason, she feels threatened when she is approached in the stable and pulls some terrible faces and snaps her teeth. We failed to capture this on camera but here she is relaxing and this is my cue to walk away from her. 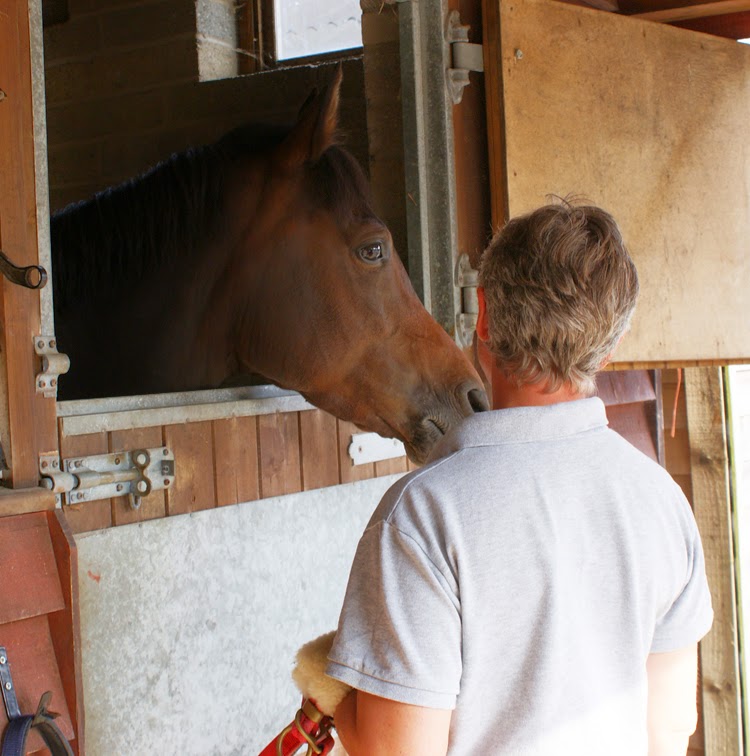 We also managed to find a touch that she finds rewarding - a little scratch over the base of her mane. We were working on asking her to back through the L-shaped poles. 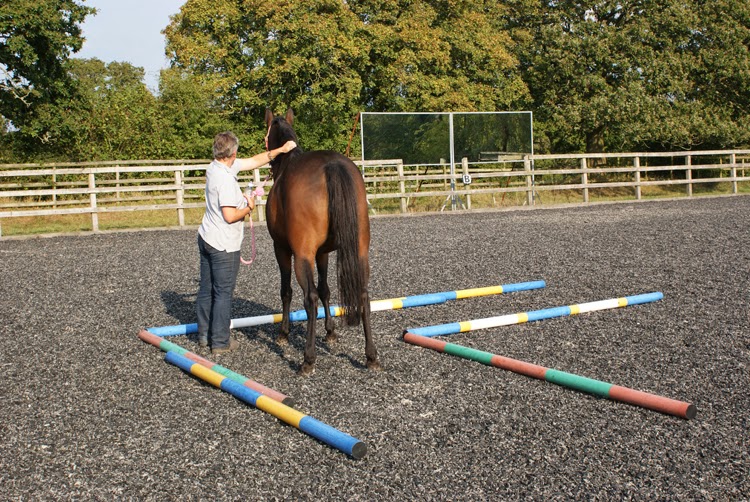 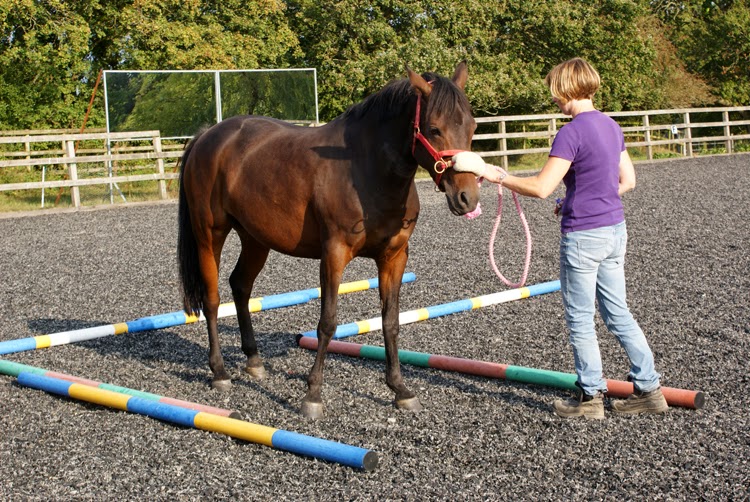 Back to the fields to check the horses before going home...

Key learning point from today: Horses can train humans to leave them alone by being really grumpy!
Posted by Loisaba Wildlife Conservancy at 9:39 PM