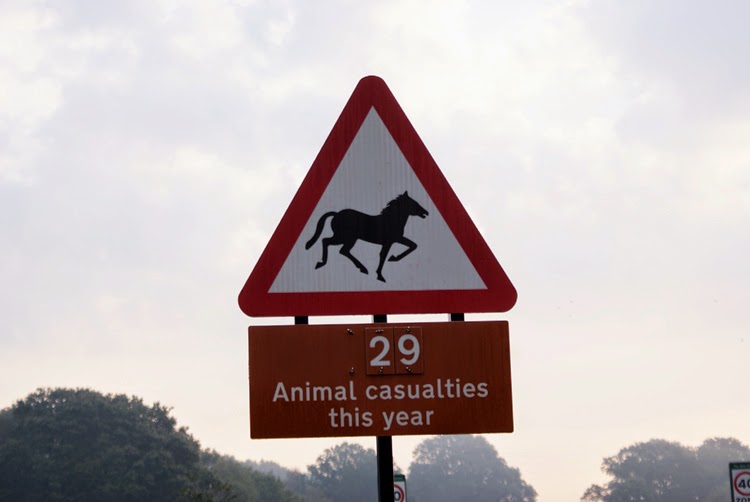 Drivers might be forgiven for thinking that they've done very well this year having only killed or injured 29 animals by the end of September. Sadly the figures have not been updated for some time and the actual figure is a lot higher.

Only a week ago a mule was hit by two cars one after the other at Latchmoor, near Brockenhurst and even though the first vehicle, an Audi, hit the mule so hard that it left the road it did not stop at the scene and the mule was left dying in the road. The second vehicle, a silver Mercedes type, hit and killed the mule which was in the road struggling to get up. The driver failed to stop and neither driver has reported having had a collision with a Forest animal.


If anyone has any information that might identify the drivers involved in this accident, or noticed damage consistent with striking an animal, to an Audi or silver Mercedes type vehicle, the Verderers would be very pleased to hear from them. All information will be treated in the strictest confidence. A reward of up to £1,000 is payable to anyone providing information which leads to the successful conviction of a driver who fails to report an accident involving Forest livestock.

Anyone with any information is urged to contact either the Police on 101 quoting RMS number 44140336599, Sue Westwood, the Clerk to the Verderers on 023 8028 2052, or email enquiries@verderers.org.uk. road
Posted by Loisaba Wildlife Conservancy at 5:07 PM