After an early morning training walk with Kestrel, there was just time to say hello to his new field companion,Ollie before going out of county and on to the next three ponies.

The first pony, Poppy, needed a little work on her leading - no mean feat when walking her over the lushest grass you have ever seen. She had taken to putting her ears flat back and overtaking her owner in order to get to the grass. This is instinctive behaviour developed even as a foal when they overtake the mare in order to stop her and take a drink. 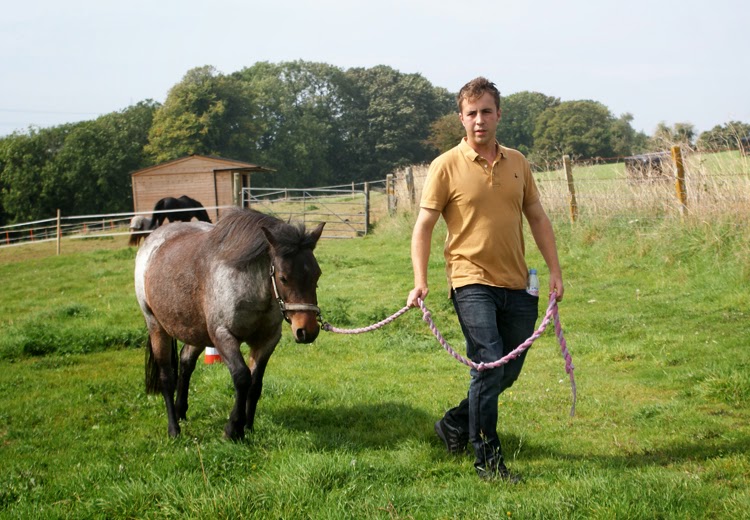 The children's other riding pony is a young Welsh Section C. He's a pretty solid sort of character for his age and breed but he does occasionally worry about drain covers and passing through narrow places. It seemed a sensible idea to show his owner how to accustom him to a variety of new objects using techniques which can be applied to almost everything he might meet. 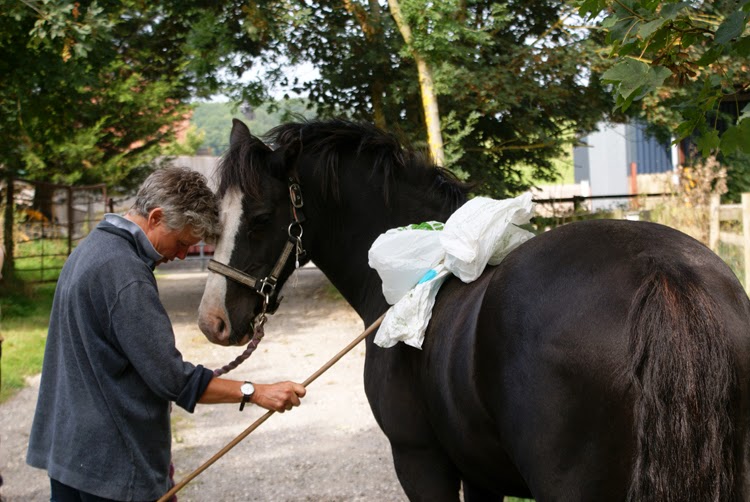 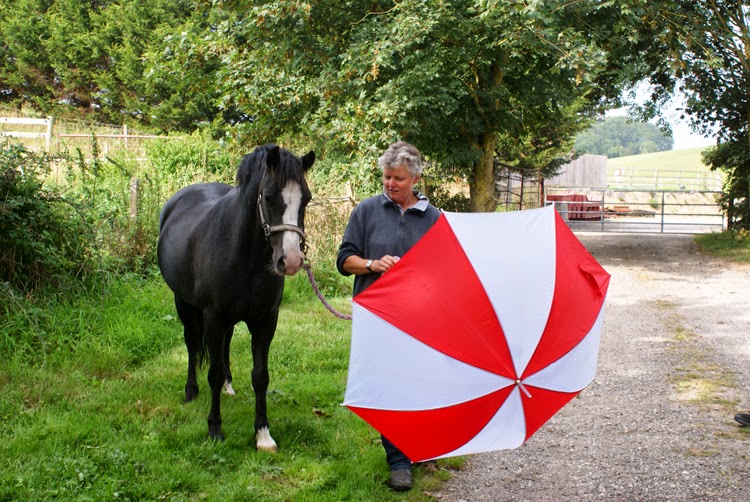 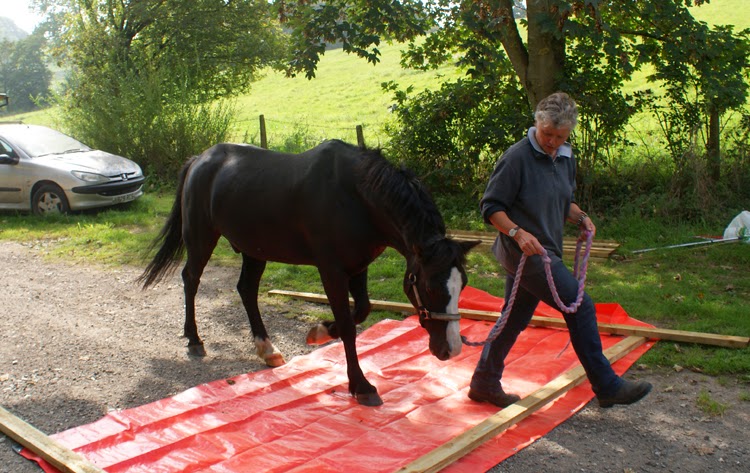 Next, an appointment I have been looking forward to for some time since I first met Marilyn at a Monty Demo late last year! Marilyn has done some fantastic work with her pony, Pye and I was just asked to fill in any gaps I could find. There weren't very many!


We finished with long reining. Although Pye was absolutely fine about being directed at walk, she wasn't so comfortable about making upward transitions. Rather than asking her to go into trot and stay in trot, I worked on asking her just to calmly go up a gear and then come straight back down again. Hopefully this will take the anxiety and anticipation out of the equation. 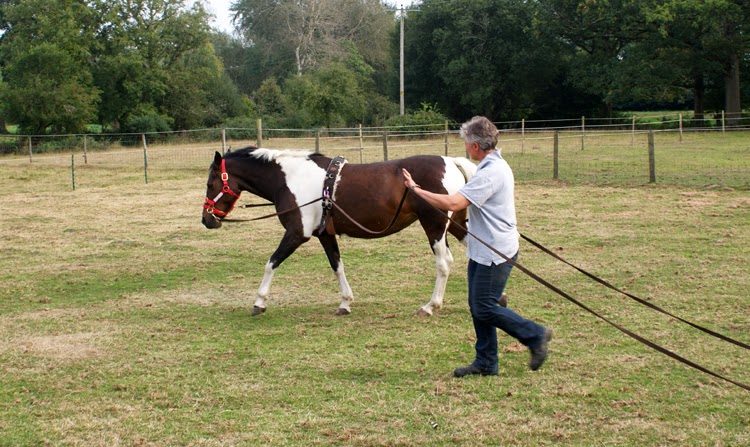 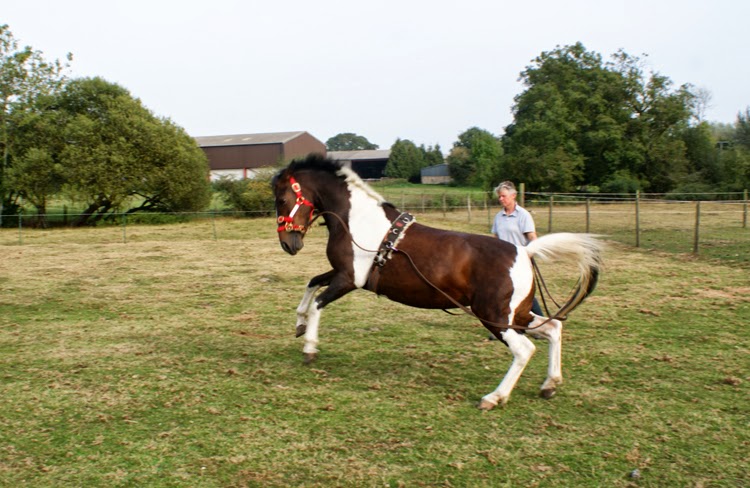 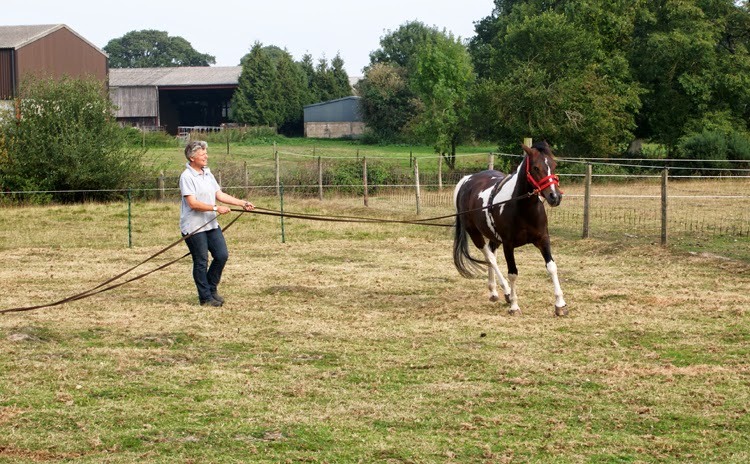