The three of us, Tracey, Lorraine, and I,  thought long and hard about whether, and when, to amalgamate the two groups of horses. Both Henrietta and Bella had been in with the Jacks at different times and settled together fine. Putting together Theoden, who is possessive about mares, and new Jack, who can be naive and bombastic, was a more worrying proposition. They have grazed alongside each other with a fence between them for a few weeks and apart from the odd ogre face over the rails have been calm.


This morning we decided to take the risk nudged on by the fact that a rail was down between them, and it was raining so we could close off the barns where one of them might get trapped in a corner. Nevertheless risk it was and I don't envy those people who have other horses added to their field without any say, notice, or supervision. On the the other hand I couldn't live with individual turnout no matter how beautiful or expensive my horse was - I've met so many horses that are in trouble because they are 'on duty' all the time and unable to socialise or synchronize with other horses.


Today's move was by no means compulsory although it would be more convenient in the long term if they could all live together.

Here's what happened.  Some of it made grim viewing but most of the time it was completely peaceful. 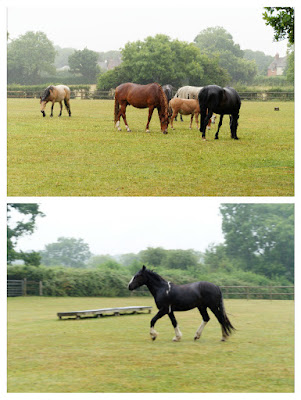 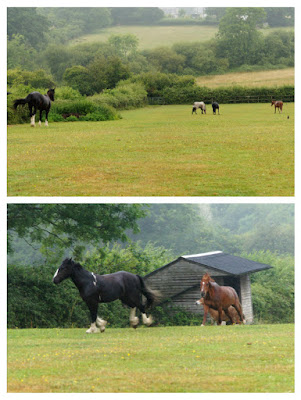 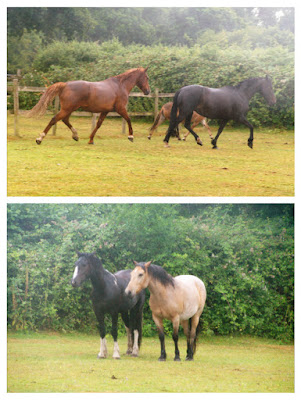 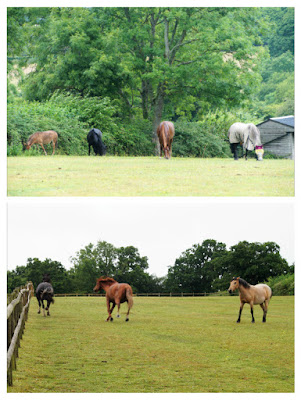 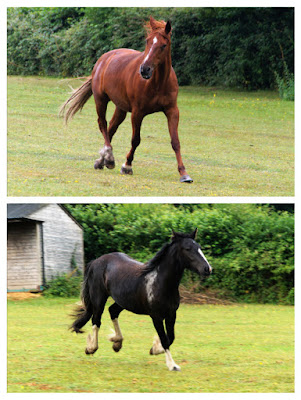 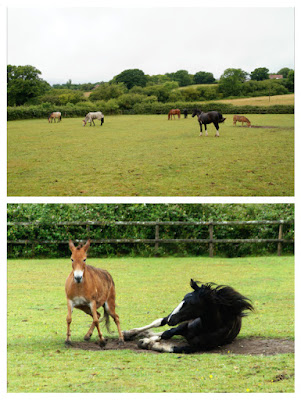 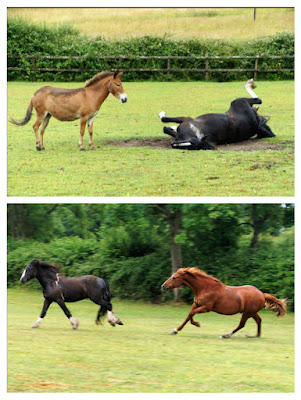 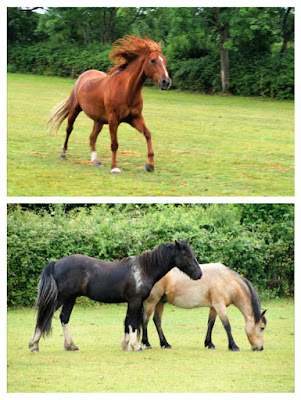 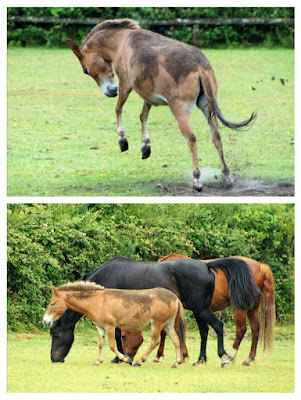 We have separated them again for the night so that we can all sleep and will see how it is tomorrow - the same, worse, or better.