After a weekend exploring some of our old haunts in Dorset, David and I have reached our fifteenth wedding anniversary, twenty-two years after we first met at Bulbarrow Hill. Horses and motorbikes brought us together. He's gone off to work on his KTM this morning and I have been to see my little lot.

There's been quite a stir on the Forest over the weekend with three animals killed in road traffic collisions in just one week. A cow was hit by a lorry with such force that the lorry was incapacitated. A donkey was left to die by a hit and run driver, and a donkey foal had to be destroyed in a separate collision because its legs were broken. This latter accident was reported to the Verderers by leaving a message on the answering machine over the weekend. A driver's responsibility under the Road Traffic Act, whether they believe the collision is their fault or not, is to report the incident to the police, and the police will call the agisters.

There have also been idiots 'playing' with the donkeys... 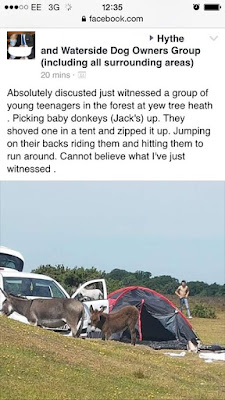 Juma is now under the care of an Au Pair. He doesn't seem to able to stand still and stare at trees for long periods of time and so Nelly has delegated her responsibilities. 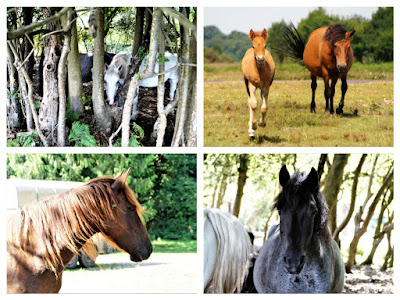 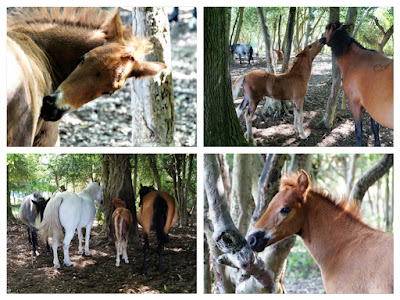 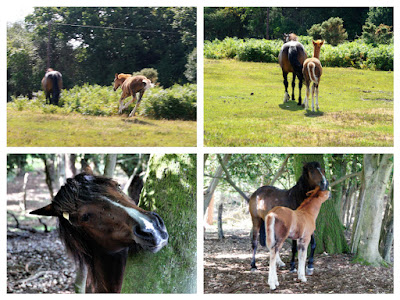 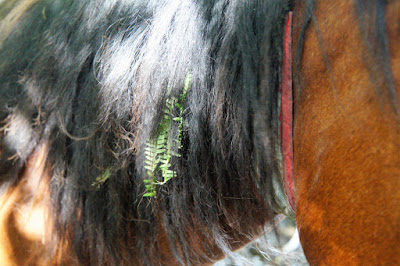