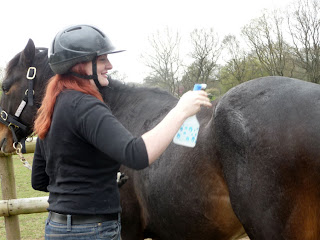 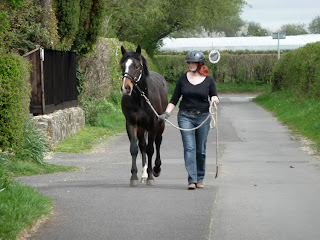 Herbie had made up his mind that he didn't like being sprayed with fly repellant - it's too smelly and its too wet as far as he is concerned. Time for some incremental training. First of all we used an empty container and just desensitised him to the noise, then he was sprayed with plain water - just once each time and then it was 'rubbed away' with a firm flat hand. Once he accepted this we could use the normal fly spray in the same way. All of this was achieved with hardly a murmur because we broke the training down in to tiny steps -a contrast to the last time he was sprayed when he apparently ran around in circles. After that he had some further incremental training in leaving the other horses to go for a walk down the lane and back and out and back and out and back again.
Posted by Loisaba Wildlife Conservancy at 10:48 PM