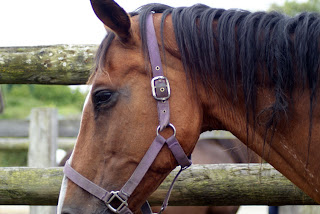 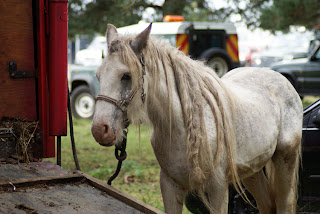 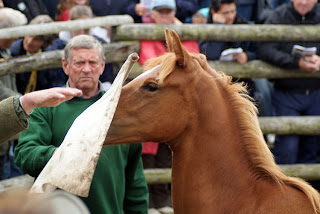 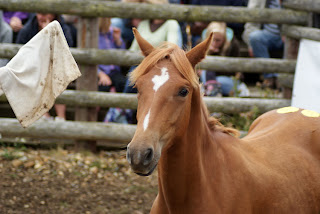 Further scenes from Beaulieu Road. I fear the outcome for the mare in the first picture. I do think that is your mare has produced foal after foal for you, the least you can do is give her a tidy and quiet ending on the Forest itself. The second pony is from "the other side of the tracks", the unofficial sale that goes on in the car park.

The last pony was in fact led into the sales ring and is well handled. Bewildering for her then to be turned loose, hit and chased about with a flag. Hitting seems to be down to a minimum although there was a chap wandering about with the ubiquitous bit of blue pipe favoured by some as a stick.