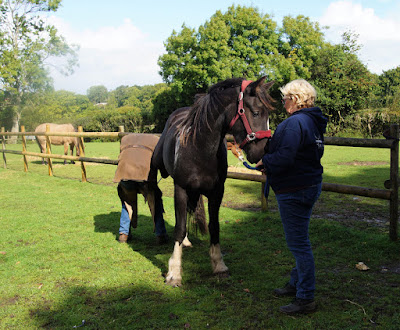 We like to think that our young horses are well educated and with Guy as our farrier they certainly get the very best education in...military history. He told us this fascinating story..."So, long, long ago and far, far away in Abyssinia (that's Ethiopia to you and I) there was king who when he was under siege decided to shoot himself with two ivory handled pistols. As he lay dying he said to his eldest son, who was 11, take care of the family and the family lands. When the British found the boy they could have shot him but instead one of them said, "No, I'll take him home and he can go to Rugby." Which he did. That boy unfortunately died two years later but his younger brother went on to have a son of his own who, after World War II, started to work for Shell who were drilling for oil in Ethiopia. When they were successful, this grandson took Shell to court proving that he owned the land and the court found in his favour. Well played, as they say, well played.
Posted by Loisaba Wildlife Conservancy at 3:14 PM