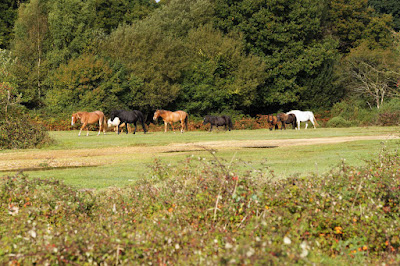 Despite having a wonderful time away, I love coming back to the New Forest and its ponies. 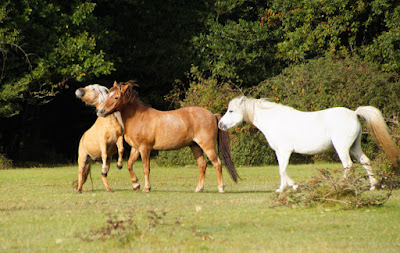 The New Forest Pony in the middle here is one I call Ginger and he has been missing in the area for years, presumably taken off by his owners for some other role in life since he had now reappeared as if he has never been away. He's a nice soul. 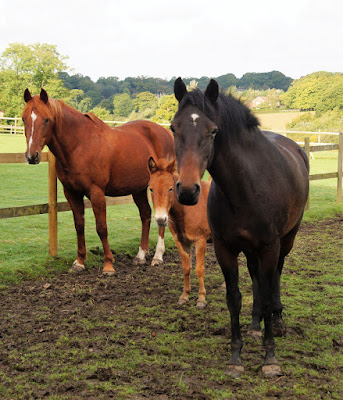 Théoden, Henrietta and Bella formed a welcoming committee but I think it was more to see if I had brought them back a present. 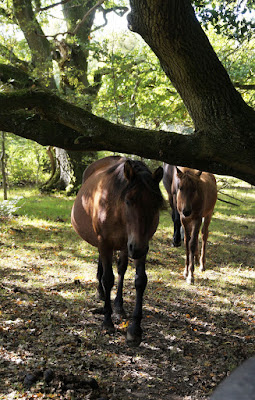 Although we saw them out on our ride, Nelly and Juma were home just a short while later and queuing up for a impromptu meal. 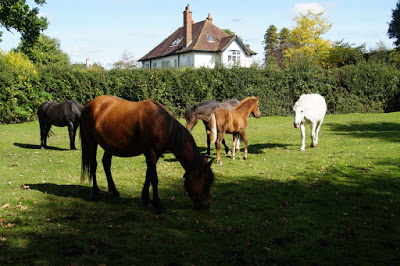 It took ginger biscuits to get them back out of the field and I imagine this will be their way of insisting on pudding throughout the winter. 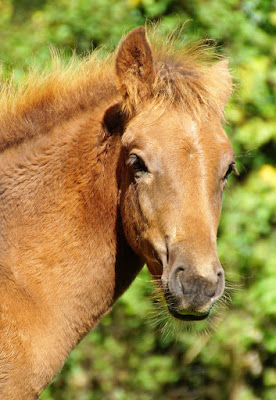 Théoden was a joy to ride. Julie took a video of him accepting his bit and almost missed the moment because it happens so quickly. When I first got him he objected very strongly to the bit, throwing his head and nose into the air and sometimes trying to squash me against the railings. Sometimes it had taken hours for his old owners to get his bit into his mouth and I wasn't prepared to be that patient forever. Instead I used clicker training which soon over-powered all of the 'stuff' that he threw at me, and within a week of starting the training this calmness came out the chaotic mess that had been there before.


I also did a week's worth of training with pigs, taking him to see Dominic the pig at HorseWorld so that they could have breakfast together. He has been fine with pigs ever since but after a long gap I did wonder what he might make of them.