It was Woodgreen Drift yesterday and I just popped up to fetch some of the new car stickers that are now available advising people of the MAXIMUM speed limit on the Forest.

Inevitably I got talking and therefore saw the first large group of ponies come in at a very gentle place, pursued by just two Commoners... 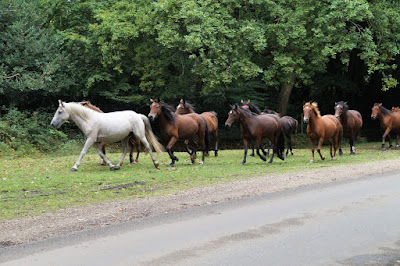 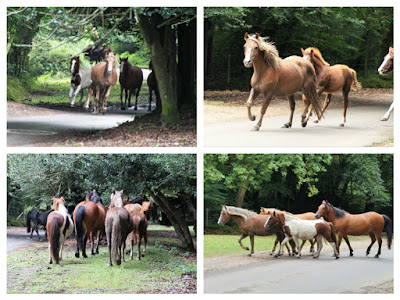 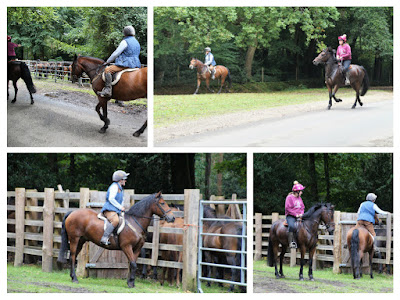 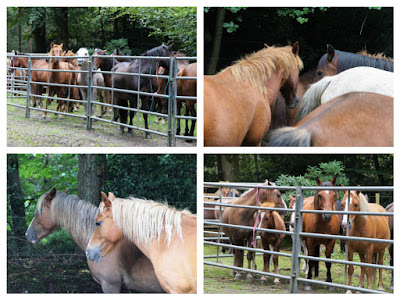 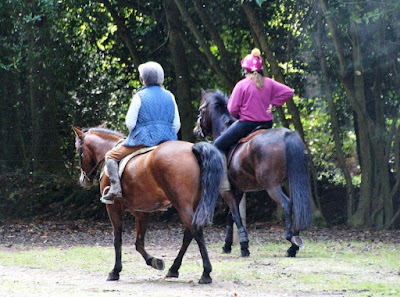 ...who set off again to get some more just as I left.

I returned later by which time the Agisters and Commoners had got quite a few more in along with some foals (all probably by Applewitch Diversity). The mares had their tails cut into the appropriate shape for their area, and the foals were branded prior to being turned back out for another year. 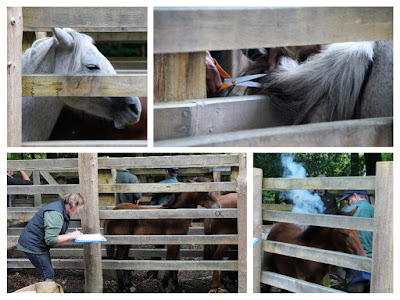 Whatever anyone thinks of hot branding, Andrew is absolutely brilliant at it, always clipping a patch of hair first and then just touching the ponies momentarily with the iron. For now it is a necessary evil for the identification of a substantial mixed group of ponies in mixed ownership. J, left, is recording all of the information needed for the ponies to be passported including the positioning of whorls and any white markings. 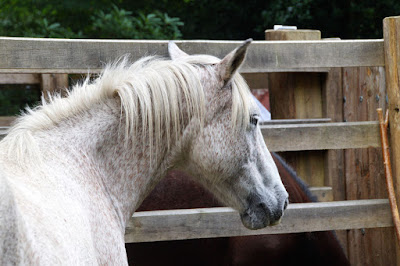 This mare, having been released herself, waited dutifully for her old friends before they set off back to the Purlieu.

My own ponies were rather less effort to bring in. Nelly shares her hard feed with Juma but doesn't look too impressed. 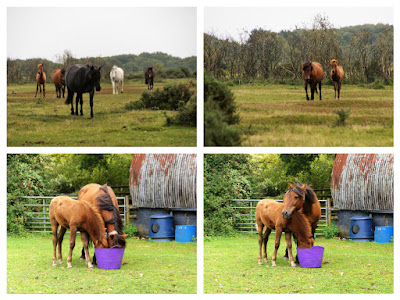