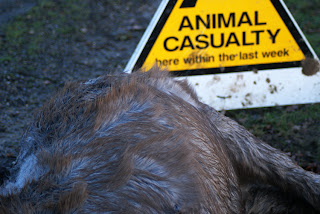 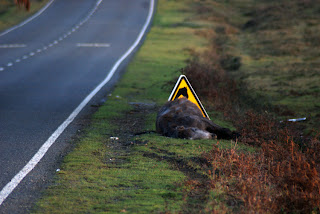 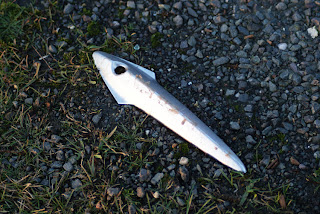 Yet another dead pony on the B3078. He was surrounded by the fur that the poor agister had had to clip off in order to see his brand so that he could let the owners know. I don't know if this was the usual hit and run in the twilight hours but this was the only evidence of the car left. Funnily enough all the cars were slowing down to have a good gawp at the body - I think they should leave them there a lot longer so that people have to face the truth. A picture of a dead pony was taken off the Facebook campaign page this week because someone had complained about it.
Posted by Loisaba Wildlife Conservancy at 4:56 PM