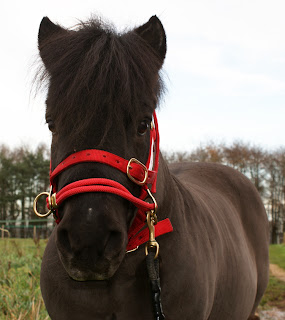 Back to basics groundwork today teaching Daniel and later, Rio, how to back up softly. In Daniel's case he has never been taught (although I am sure he can do perfectly well on his own!) and has a strong into-pressure response. In Rio's case he has been backing up rapidly in the show ring when asked to stand still in ridden classes possibly as a reaction to being asked not to move forward when he has too much adrenalin running around to be able to comply. I felt that it was important for his owner to 'own backwards' on the ground first. Both horses were a good example of 'if in doubt, halve the pressure rather than double it' (the lead rein is not connected to the training ring of the Dually). Rio was a particularly good example of 'cobs can' too. 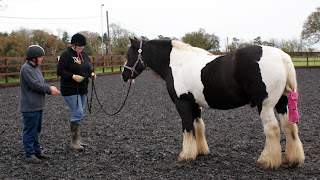