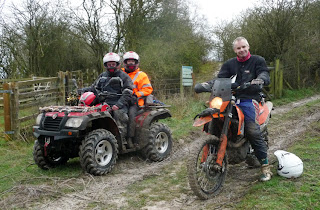 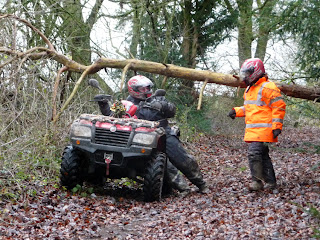 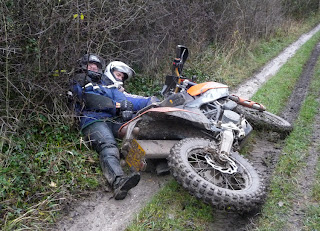 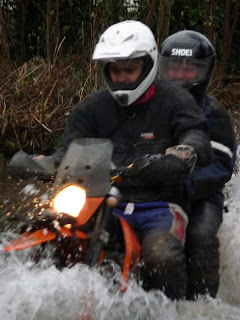 For the last day of the year, Jenny and I decided to join the boys for a trail ride. Our route tooks us through Palestine and for a rummage around Jack's Bush. We described a huge horseshoe from Pepperbox Hill, across to Cholderton and then Boscombe Down before heading home via Salisbury Racecourse and Whitsbury. It was very wet and slidy out there and we had some interesting encounters with trees, bushes, ruts and water. All I've done is sit there and balance (mostly) but I am now totally worn out!

Of course some people (!) called Jim, will run for the camera rather than the first aid kit when they see us rolling around on the floor. We were mainly rolling with laughter having previously driven straight into a bush.

I am really looking forward to 2012 with Theoden coming home, getting fitter and a Mark Rashid demo in May. We've got holidays booked in Mallorca and France and four more editions of the IH magazine to conjure up.