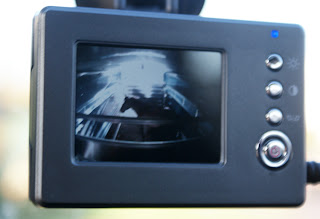 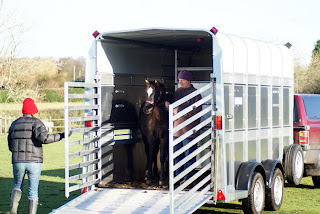 Off this morning to collect out new lodger, Indiana. The reversing camera that we have installed in the trailer is a useful bit of kit and very reassuring when travelling horses. It is clear enough to be able to see what they are doing and how they are reacting. 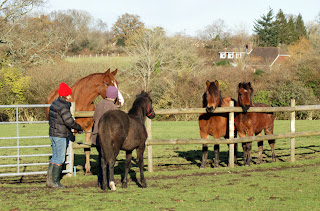 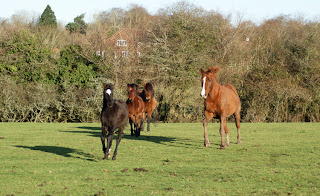 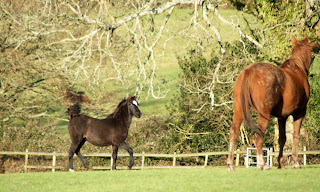 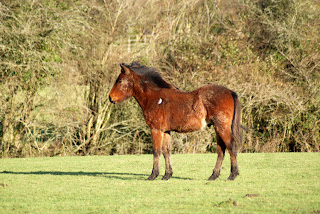 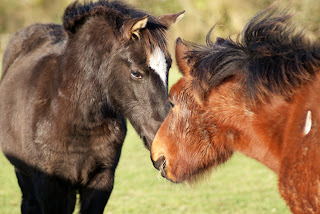 After all the introductions were over, they soon settled down. Chancer has clearly decided that she is his present although Peechay is very happy to play when he is not tooooo busy eating. 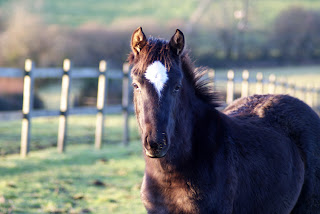 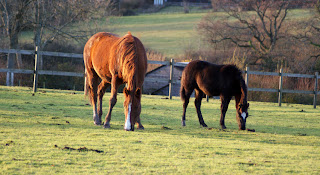 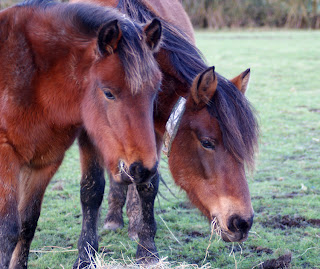 We also moved Bow, Philly and Memphis from one field to another for Alessa today. Alessa and I were competing in the most uncoordinated clothing competition but she does at least have the excuse of being pregnant whereas I am just scruffy. Bow used to take a long time to load but is a lot easier, and travels a lot better these days. David is always careful to 'chauffeur' the horses rather than rattling them around the lanes. The idea is that they shouldn't spill their champagne. As always Philly loaded in an instant, closely followed by Memphis, having only known good journeys ending in better grass! 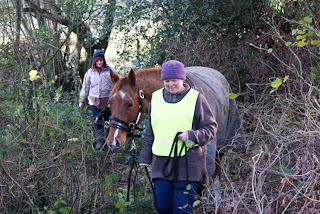 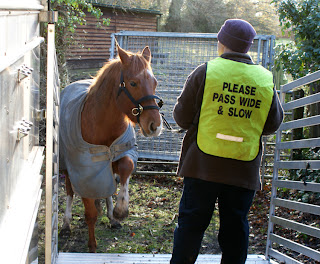 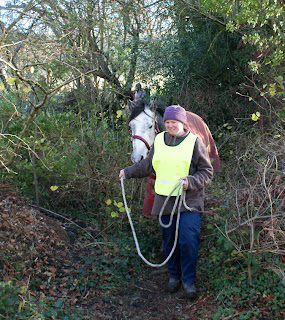 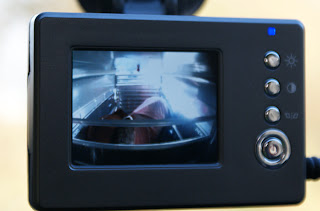 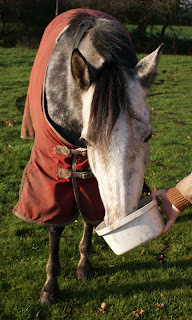