Time to go over to see Puck and co. again today for a bit more foot handling practice before Matt's next visit. I was delighted to find that the barn has now been prepared ready for the ponies to come in out of the cold and wet when they want to, to eat their hay and to have their feet trimmed when needed. Partly concreted, it has the added advantage of gently abrading their feet and letting them dry out so that they recover from thrush. It will also have a deep straw bedding put down so that they can have a bit of a snooze. 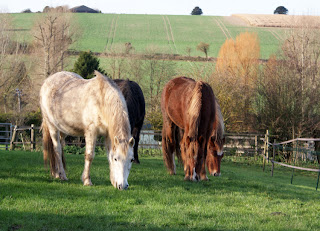 The only slight technical problem was that with the exception of Muffy, who used to walk into the kitchen at their old house, the ponies have never been indoors before. Rather than driving them in and shutting the gate, I wanted them to be free to come and go and to explore this space which is to become their hotel to which they will have free access all winter. 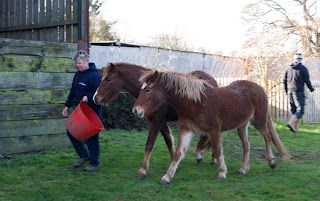 They were understandably wary particularly as it was a very blowy day and there was the occasional Chinook overhead. Nevertheless, all of the girls were willing to give it ago. 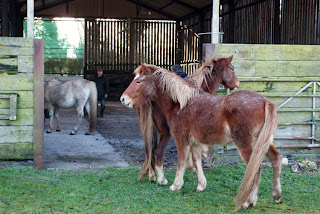 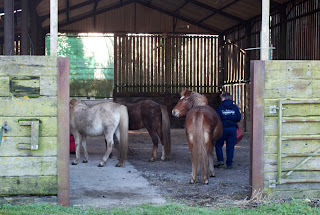 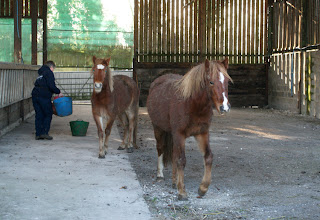 Puck on the other hand wasn't all that keen to try so I used the same technique as I would with a loader to ask him to at least engage with the doorway. Once he was through the threshold (thresholds are very important and dangerous places as far as horses are concerned) he was fine. 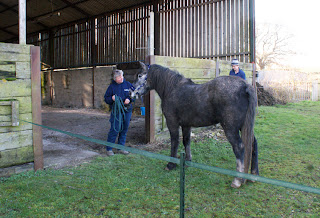 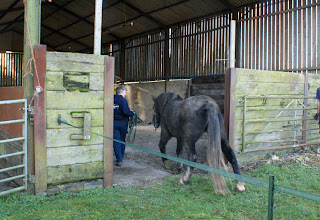 The others followed him in and the gate was finally closed. Once settled, I was able to handle their feet sometimes two at a time... 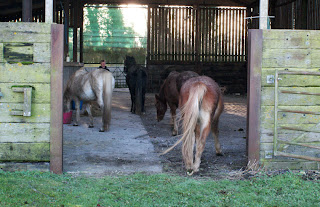 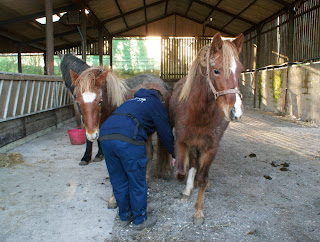 Before they went back out again. 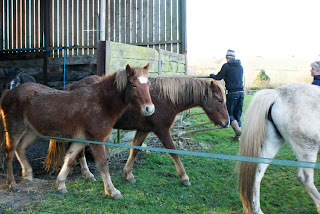 This is the barn where I first met my very own Nelly and Bluey when they were with their previous owner who was a previous owner of the house. A real feeling of deja vu.
Posted by Loisaba Wildlife Conservancy at 10:32 PM