...go out in the midday rain. Last time I rode Theoden out he spooked a little at a bicycle coming up behind him. Time to get David to the rescue. However, almost as soon as we had left the fields the rain came down and we were soon soaked to the skin. Theoden took to the bike immediately and despite the noise of the brakes and David falling into the mud on one occasion, he was 'connected' with it and happy to jog alongside. These pictures were taken just a few seconds before there was an almighty rumble of thunder, which sounded as if a giant tree had fallen behind us. Theoden contained himself well, just cantering forward a few paces. We all decided that discretion was the better part of valour and, once I was sure his adrenalin was down and mine too, I got off and we all walked home. For David and I that wasn't an end to it since we had cycled the eight miles to the field and needed to cycle the eight miles back. One slow-cooked stew and a hot bath later and we might feel almost human again. 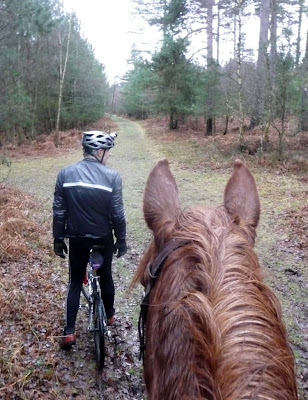 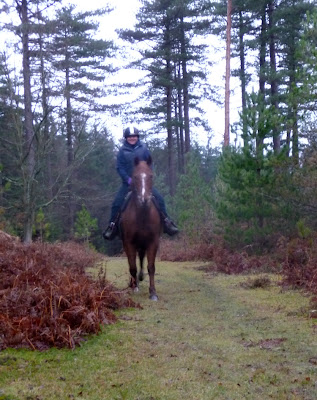