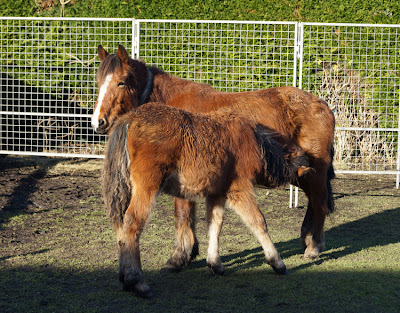 Today we were working with Hotlips (I kid you not, but she is known as Hattie) and her Mum Katie who is about five years old. Both live semi-feral on the Forest and their respective owners wanted to be able to be able to handle them just a little in order to make life easier if they needed to get them in. Katie is a quiet little mare, whose mother was always handle-able, but the filly was altogether more flighty. She has been living in the paddock for two months but so far hasn't allowed anyone to touch her, nor will she take food from the hand. 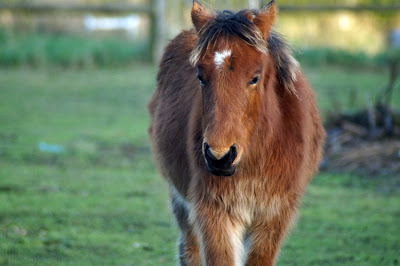 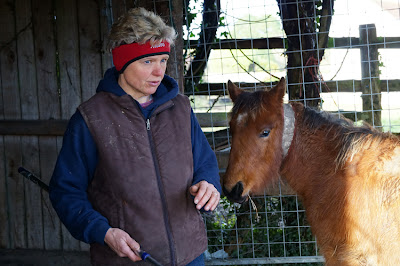 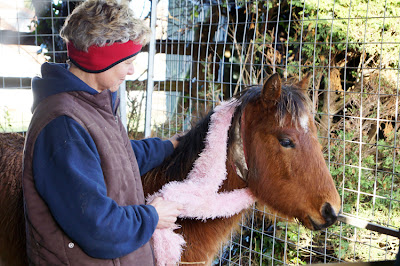 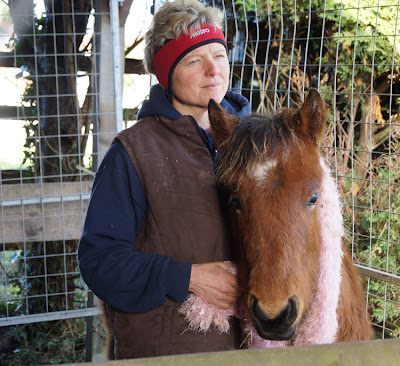 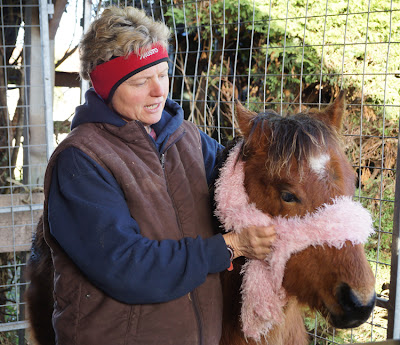 The copybook No Fear, No Force technique worked very quickly indeed and we ended today's morning session able to make a mock head collar around her head with the soft scarf. Next time we should be able to put her head collar on very easily. 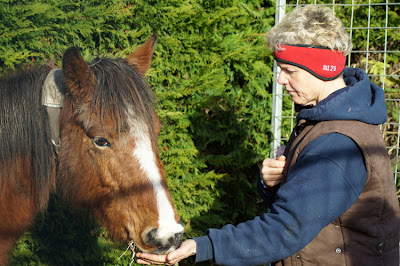 Katie was an ideal candidate for clicker training since it meant that her owner could use the click as a 'secret signal' to ask Katie to approach and then to accept her head-collar. However, she has never had a head collar on before so not only did we have to set up the association between the click and the treat but we also had to persuade her that it was fine to have her head touched and the head-collar put on. 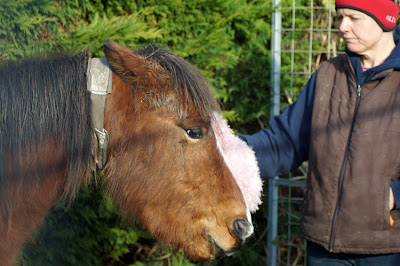 Here you can see a potential conflict building up as Katie is sure that she would like the food but not sure she wants to be touched with the rolled up scarf, However, you can see below that she resolves that conflict in her own mind and gives me the benefit of the doubt. 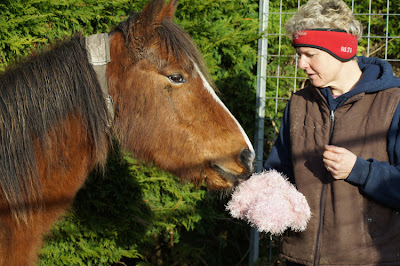 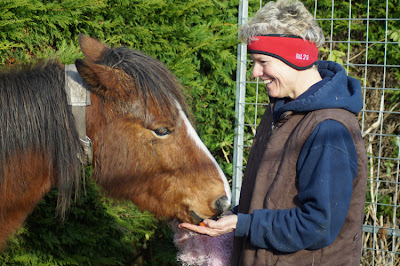 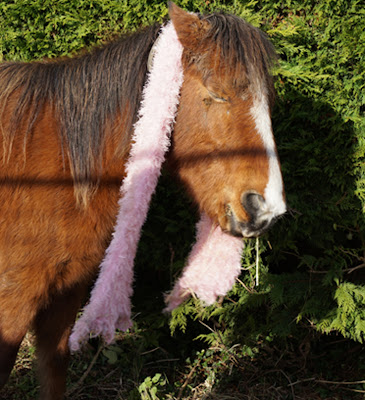 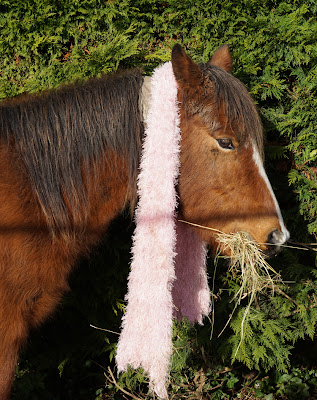 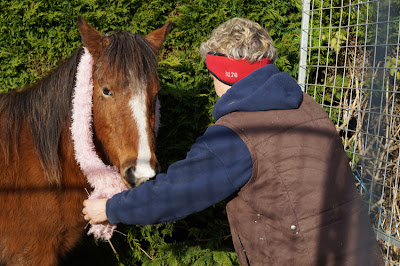 Perhaps it is the clash in colour that has caused the conflict but once she realises that she can eat hay with the scarf on, she's happy again. Then it's a case of using the scarf in a figure of eight to imitate a head collar before getting the real thing. 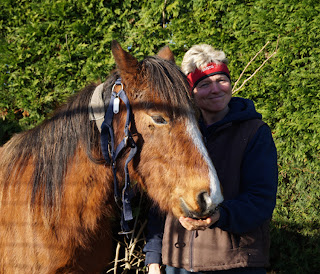 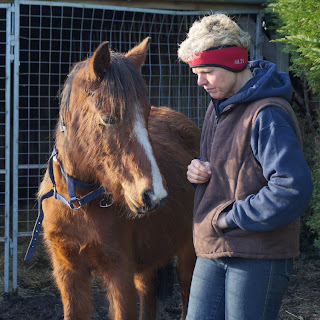 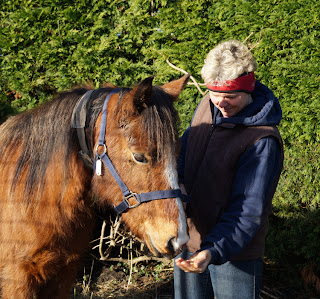 When we came back after lunch, she walked up to have her head collar on in the field! 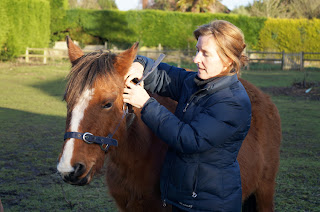