A day off in radiant sunshine hopefully with a promise of the Spring to come. Started off with a three hour ride with friend Angela Aylett. We've been intending to 'Tango' the world with out two orange horses for nigh on two years since I went to work with her on Kentucky's loading. Finally we put the date in the diary in pen. 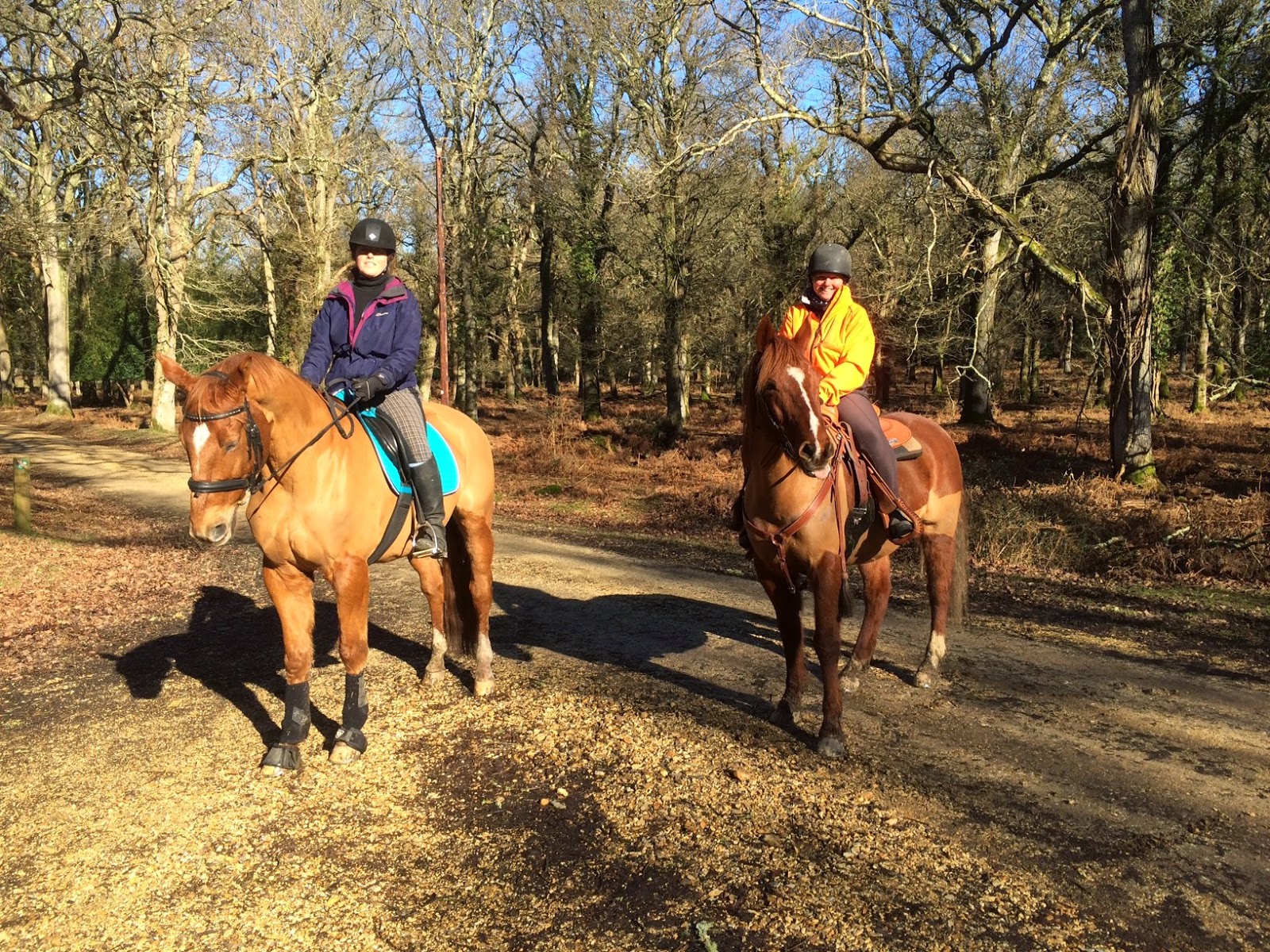 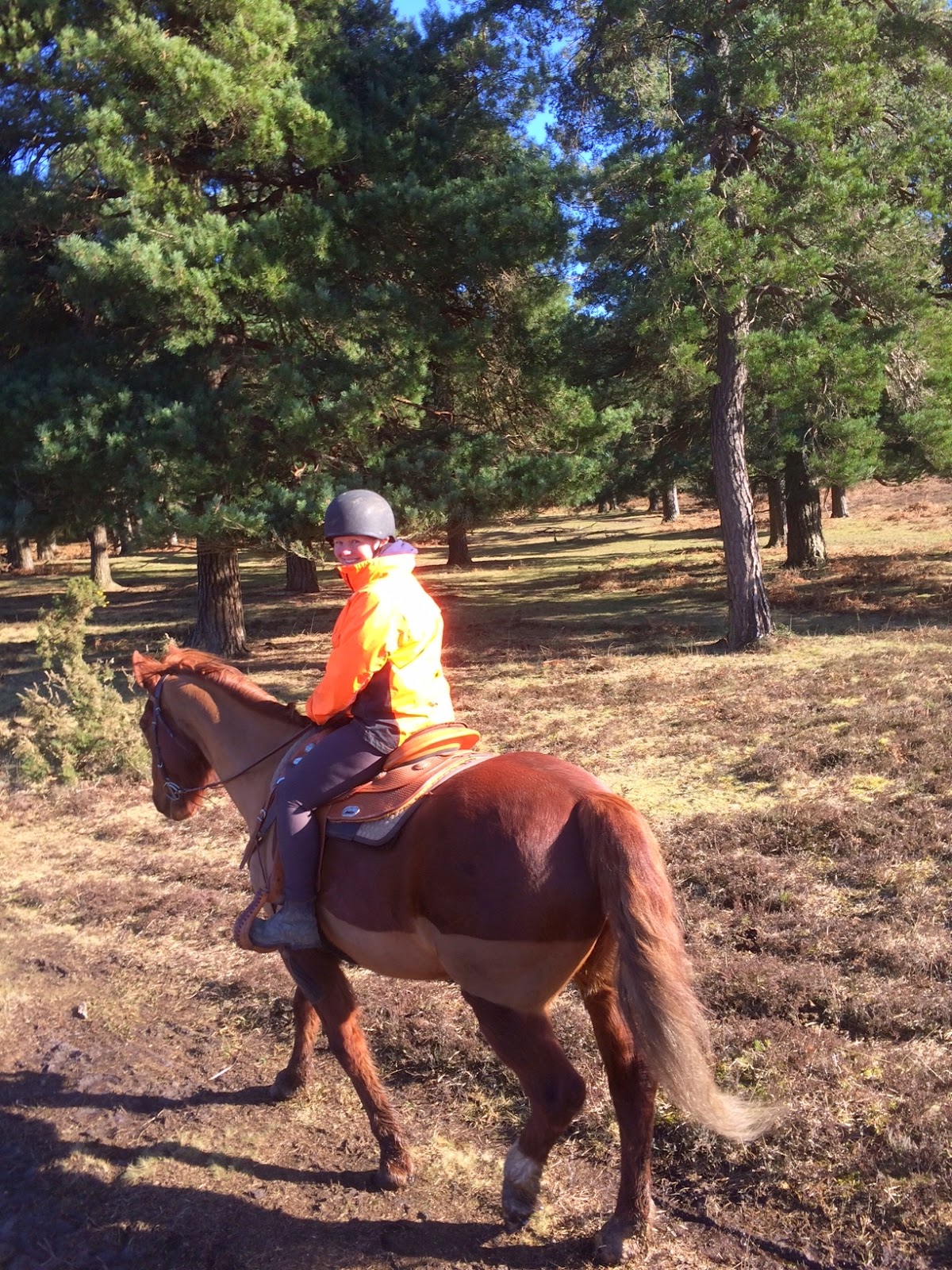 Theoden rarely goes out without at least one of his two wives and was therefore a little hesitant to begin with. Half of him wanted to go but his primary thought, expressed through his shoulder and his left ear, was with his harem back at the field. Rather than argue with him I just redirected his energy every time he stopped and soon he lost the gravitational pull. Even so his mind was still on his ladies and we had a chorus of very high pitched and frequent neighing for a while. I simply took no notice and he kept going forwards. Despite all of this, we had a lovely ride and I didn't feel like I had battled with him or forced him at all. Hopefully he will have learned that it's fine to go out with new friends. 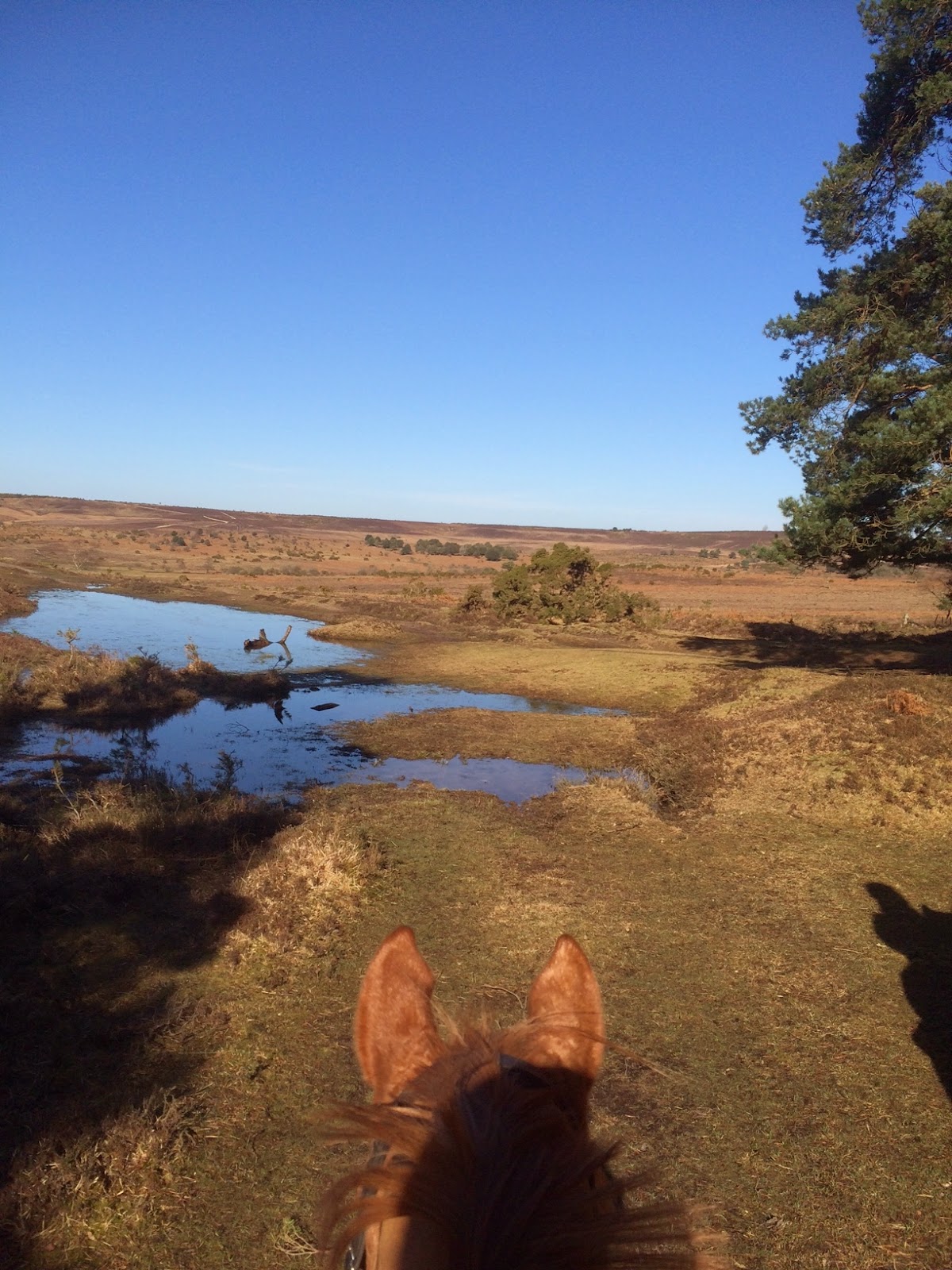 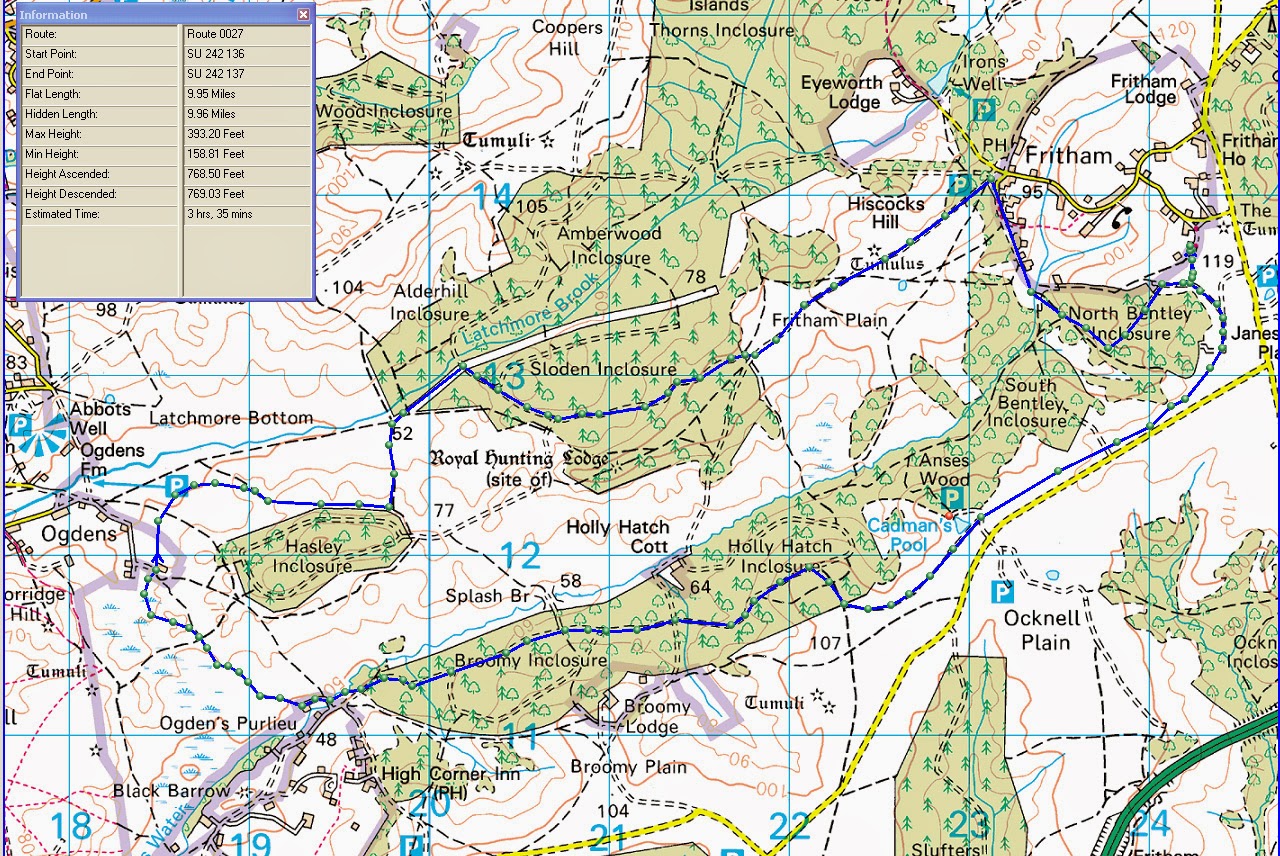 Once back at the fields, I met up with Tracey and her children again for another ride on Nettles. This time we went out in the inclosure with them for the first time. Nettles was an angel and so were I and B. 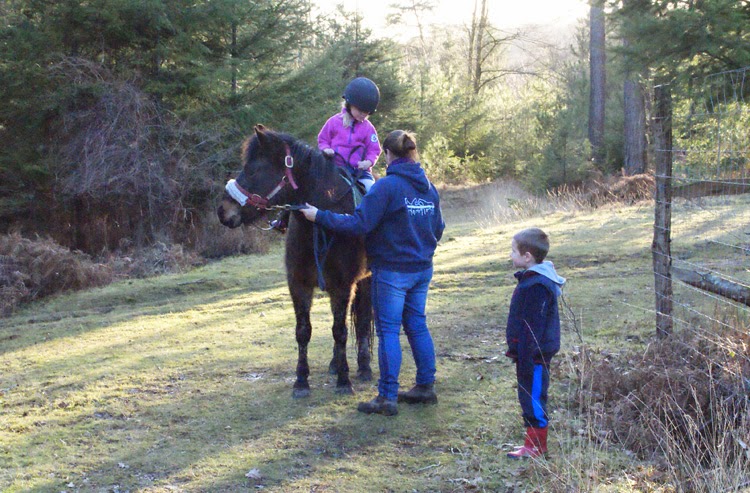 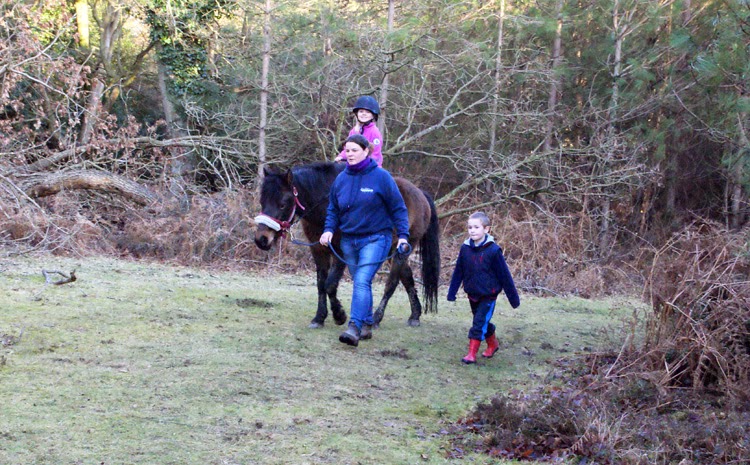 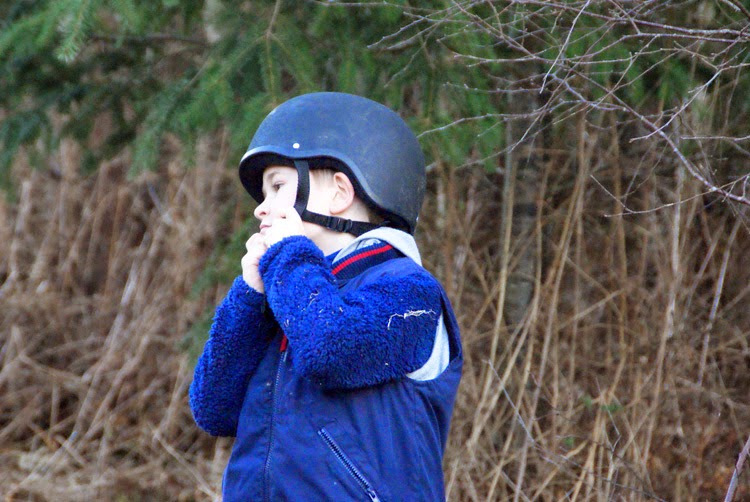 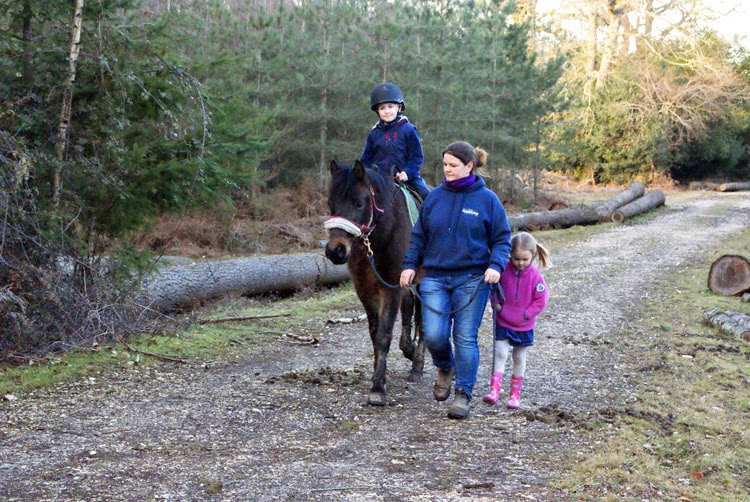