Irish horse, Scooby (originally known as McCoy), trembles when the farrier appears and proved to be so difficult just to take his shoes off that he had to be fully sedated. This four year old horse was sold as a five year old and had passed through a hunting home and a dealer before he arrived in his present home. He wasn't aggressive in any way and would rather take himself away than face a confrontation. 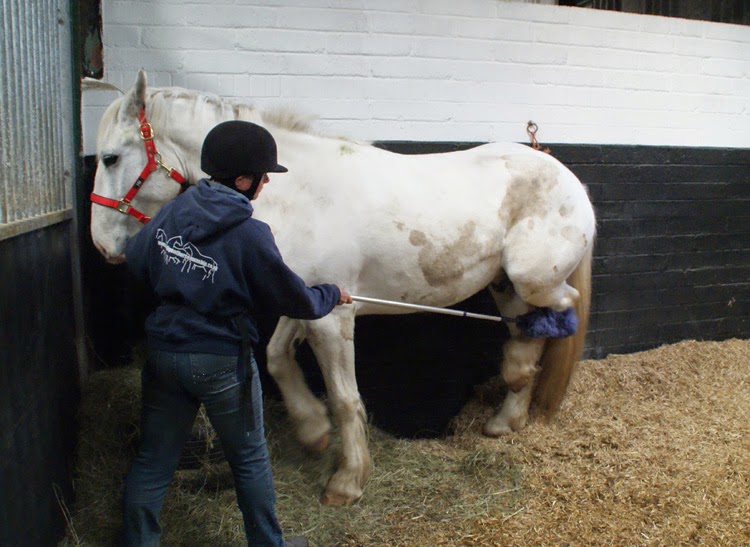 I started off by asking him to accept touch from the feather duster in return for a click and treat... 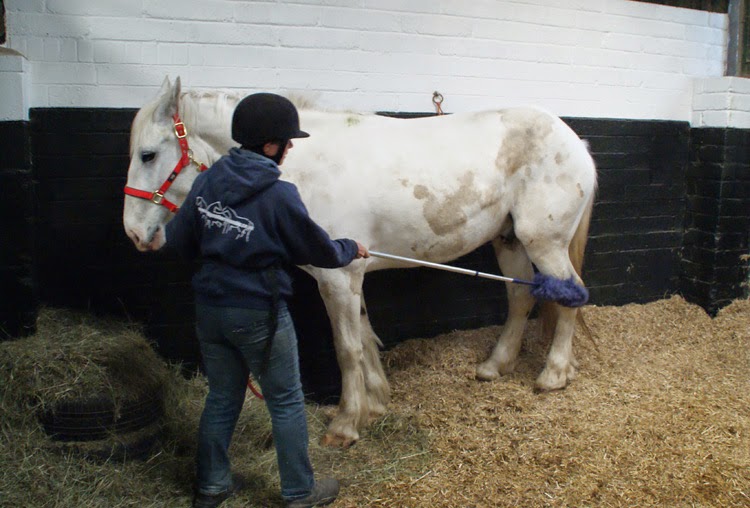 ...soon he was accepting it easily and keeping his leg down. Then I repeated the whole thing but using my hand. 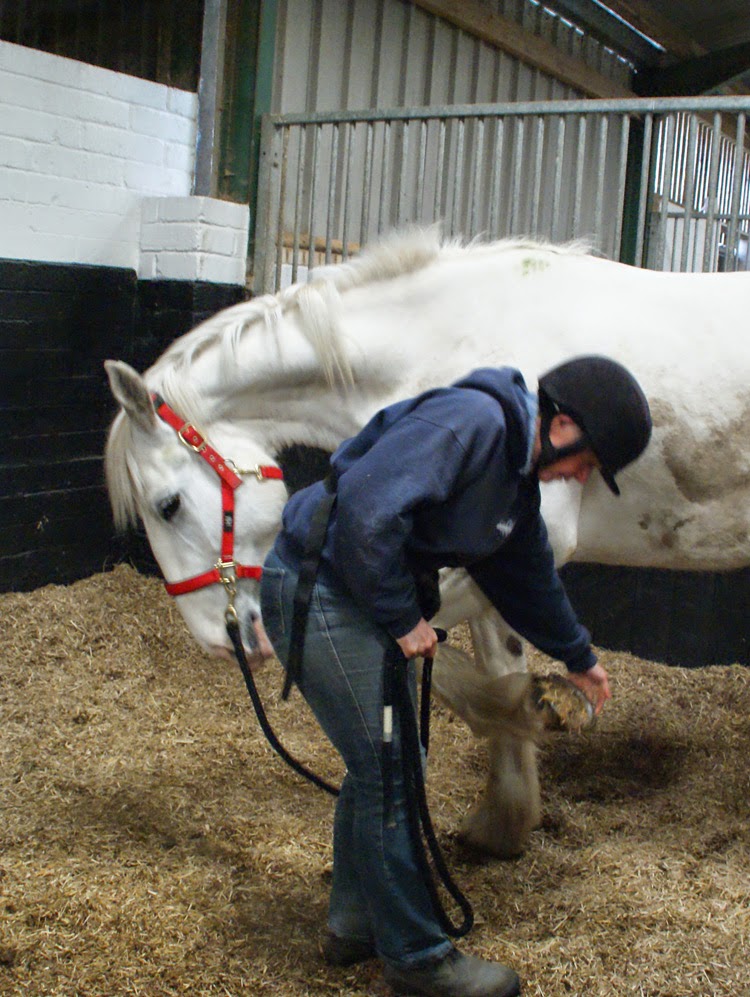 Then I began to pick each of his feet up and to hold them lightly. 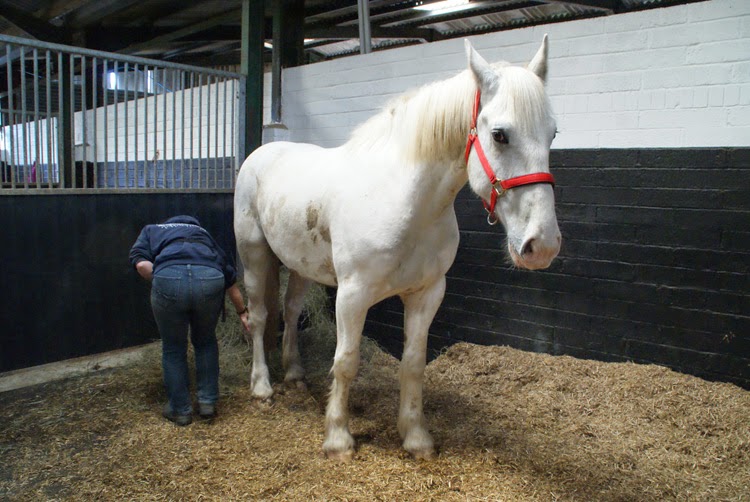 By the end of the session I could go round each of his legs and give him a clear signal that I wanted him to pick them up... 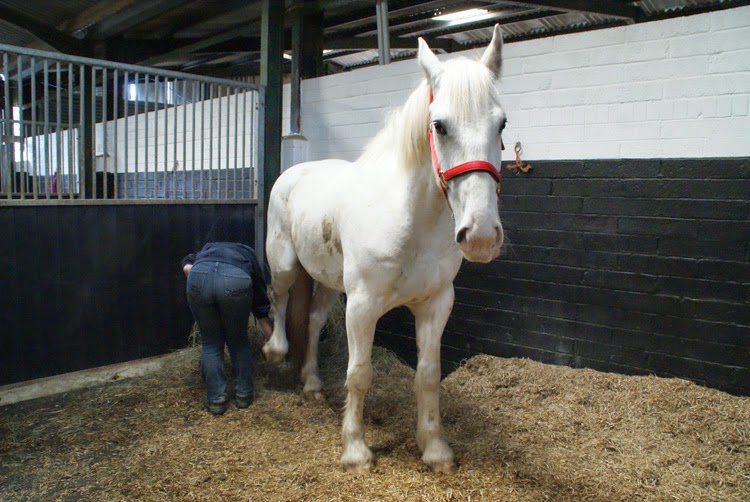 ...and he would stand still and balanced. 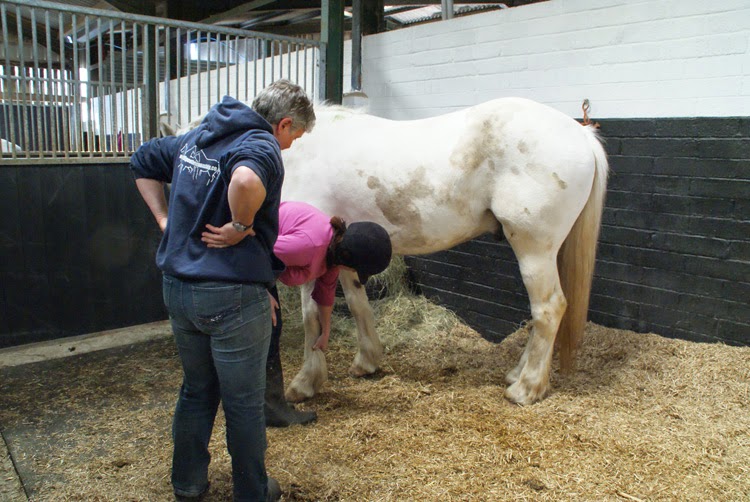 His owner took over from me using the same signal... 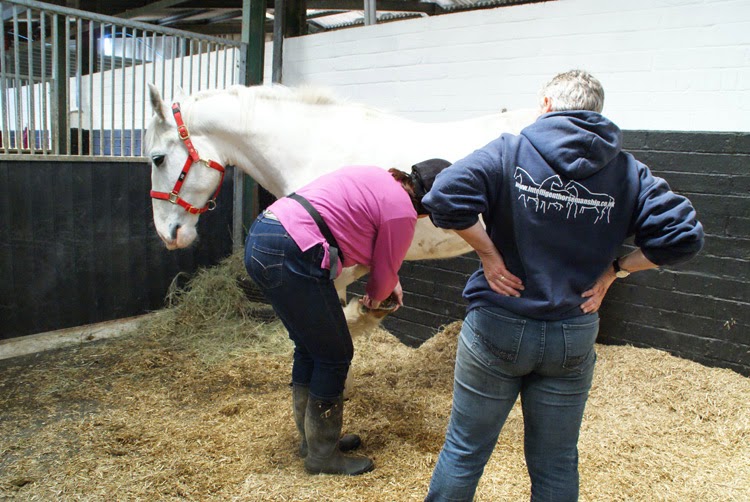 ...with the same result.

Email 28.4.15: "I have been practising morning and evening albeit only a few mins but have worked with him on all four legs and am delighted to say I have braved picking up the back feet but only asked, lifted and held for a couple of seconds. Thank you for putting me at my ease and making me feel that I can do this." MJ 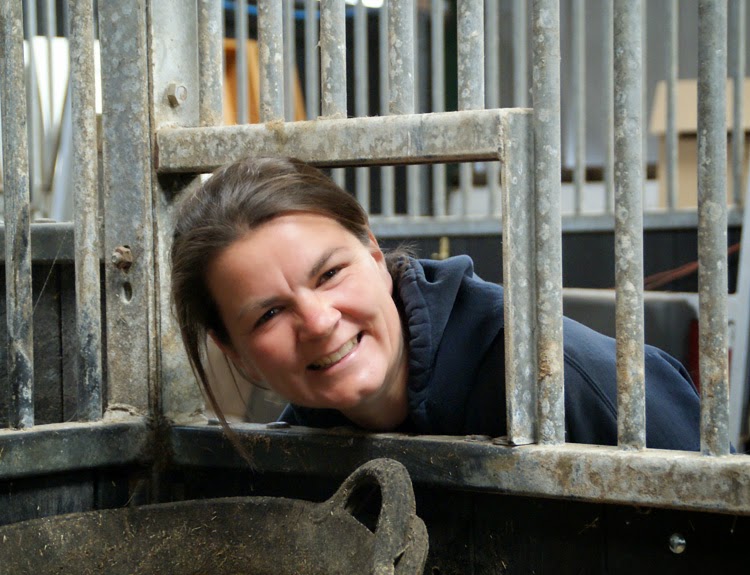 Tracey observed the session from a safe distance making the most of this special viewing facility. 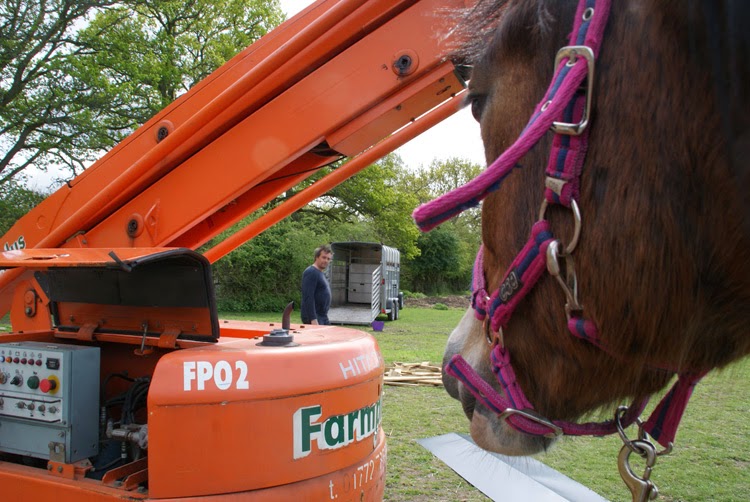 Making the most of the cherry-picker at the fields before it goes home shortly. The barn should be finished by the end of today. 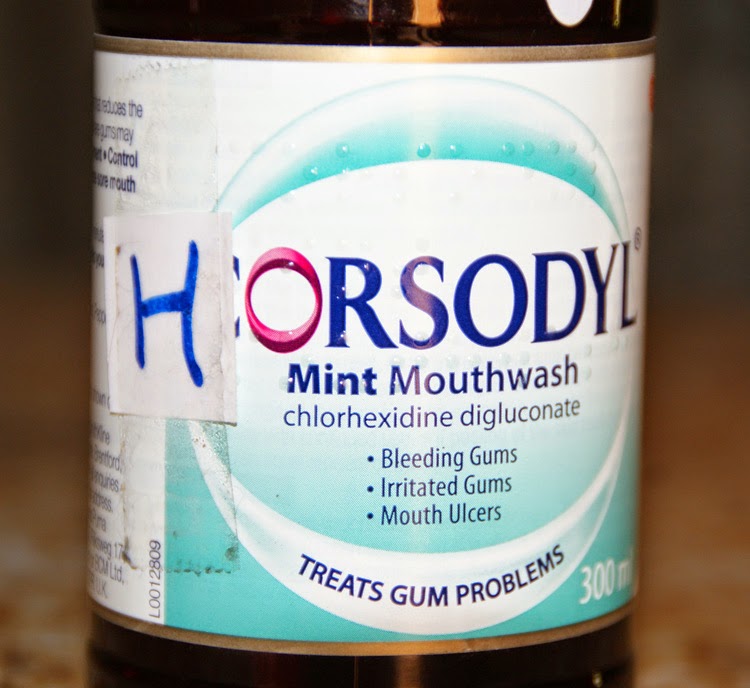 I've made a start on teaching Theoden to have his teeth cleaned. He really didn't seem to mind and apart from trying to eat the toothbrush co-operated really well. 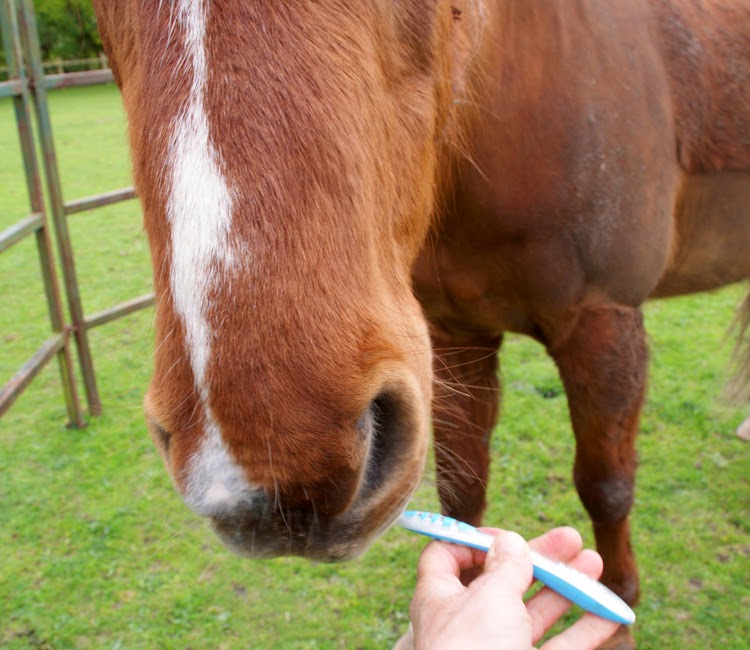 It seems that Nelly and Blue have discovered that Jasper is not the real McCoy as they are nowhere to be seen and he is with a different set of ponies. 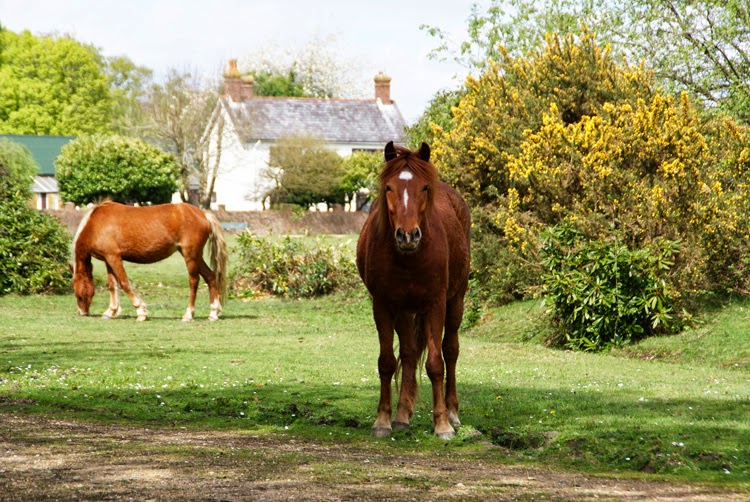