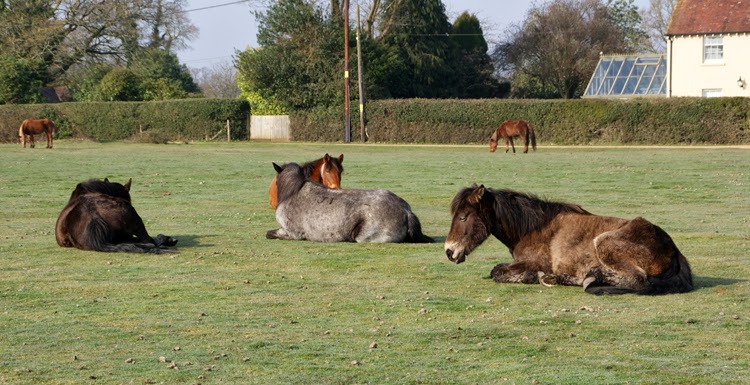 This is a grouping that I would hope to see on a regular basis: Nelly, Blue, Exmoor and Exmoor's Mum. They were all having a lovely sunbathe this morning.

This is a grouping that I would hope never to see given that the last time Theoden was in the same field as Nettles he chased him through the fence. Last night they managed to get a rail down and Jack being Jack he showed Nettles how to jump over the lower one. 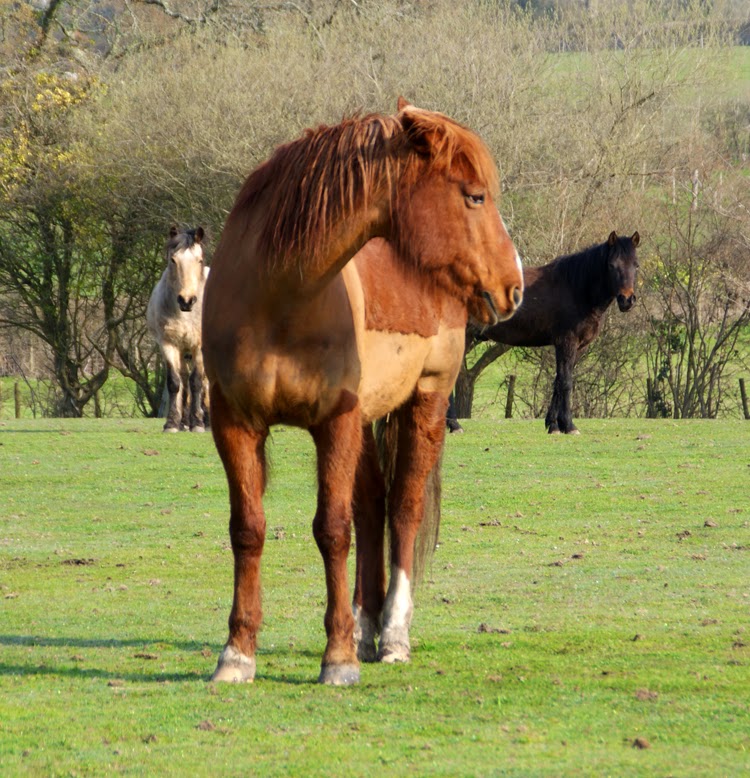 Theoden doesn't look too impressed either...

...but they all settled down to some hay while we fixed the fence. 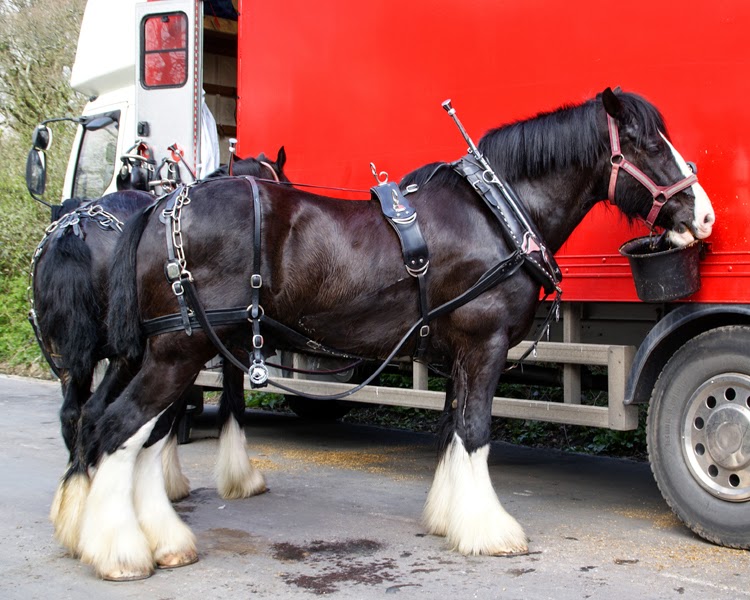 On the way to Yvonne's we are accustomed to seeing a trotter or two but today's treat was to see these two Shire Horses resting up after a very important job. They had been pulling a funeral carriage. 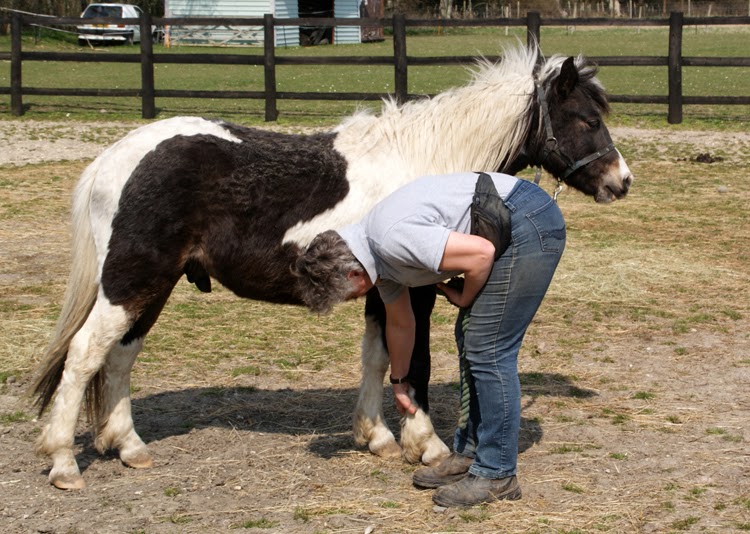 Yvonne told me that Ollie had emerged over the stable door with horns when her farrier last turned up. She asked me to do some work on foot handling with him.  I like to offer owners a choice as to whether we work with simple body language or with clicker training for foot handling. Ollie, like a lot of young, predominantly male, ponies has a very strong into pressure response when he feels anyone touch his legs and his non-thinking, automatic, reflexive response is leaning into the handler, kneeling down with a front leg, and also biting. I am rapidly coming to the conclusion that clicker is the quickest and most effective way of resolving this behaviour since it interrupts the pattern and encourages the pony to think. 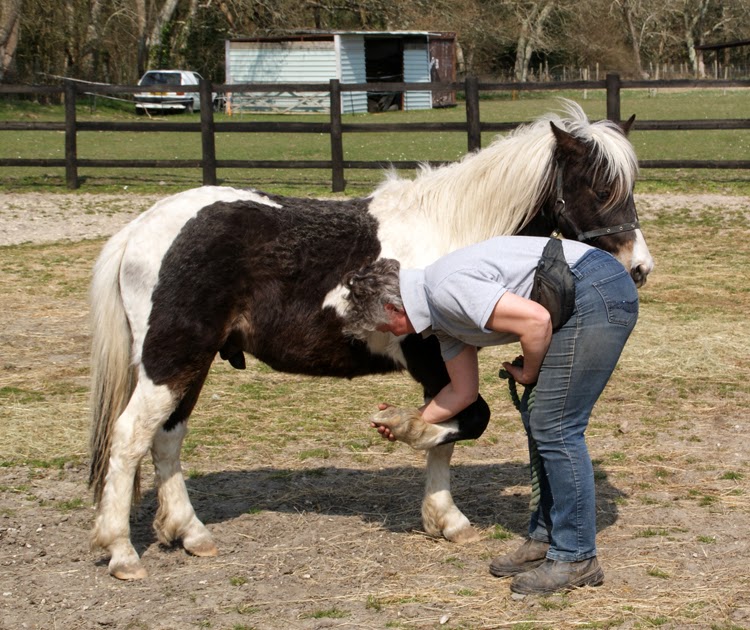 This was borne out once again by Ollie (but also Mollie and Ted recently). 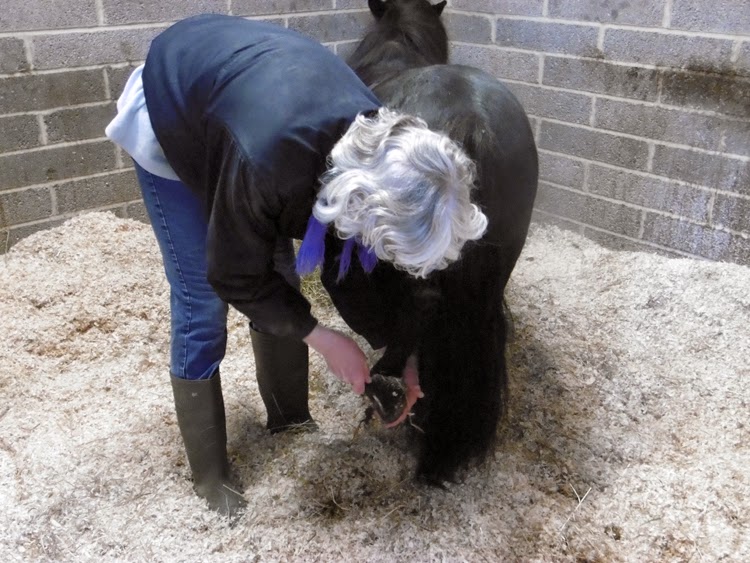 "Well I am just so amazed as to how quickly you taught Mollie to respond to ‘Clicker’. She is so good with having her feet picked up and picked out, obviously I am still using clicker treats with each foot but I can pick her feet up when she is lose in the turnout area or in her stable. I continue to be as gentle as possible when picking out each foot and don’t keep her foot up too long , say about 3 or 4 clicks with pauses then treble click for treat to make sure she doesn’t lose the connection., a huge thank you." JB

A guest appearance from Jodie today. Nettles had a lovely ride out and coped with all the tourists including one girl riding her bicycle and screaming her head off, completely out of control. Just lately we are also having to contend with gun dog trainers who insist that their dogs are 'under control' when they are rustling about hidden by the undergrowth with their trainer repeatedly blowing a high pitched whistle at them. I am surprised that they don't understand that just as their dog is exhibiting natural predatory nature, it is in the nature of a young horse to act like prey.

Last job of the day was to take Bella out. She's doing really well and now trotting alongside Theoden having been reluctant to go forward faster than a walk before. 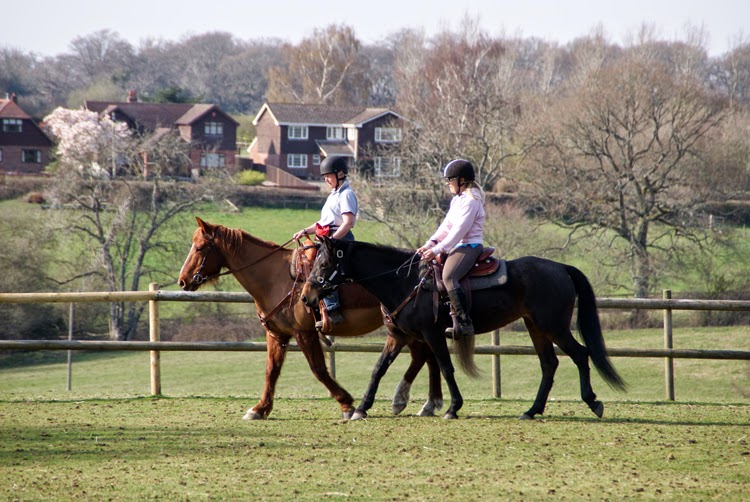 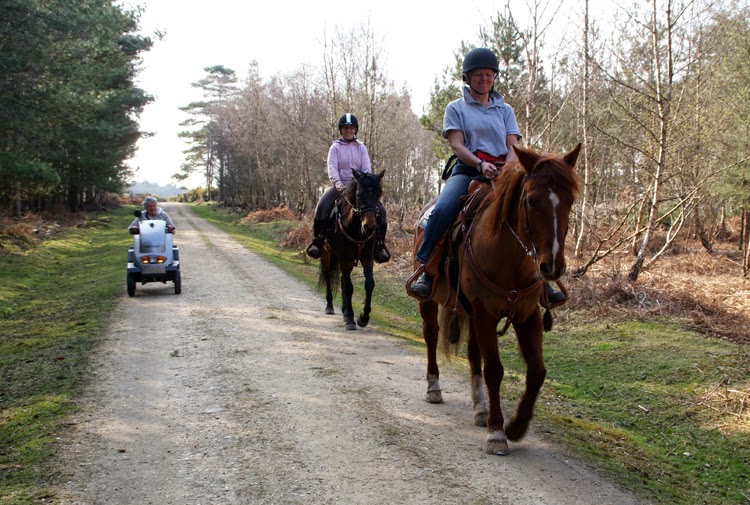 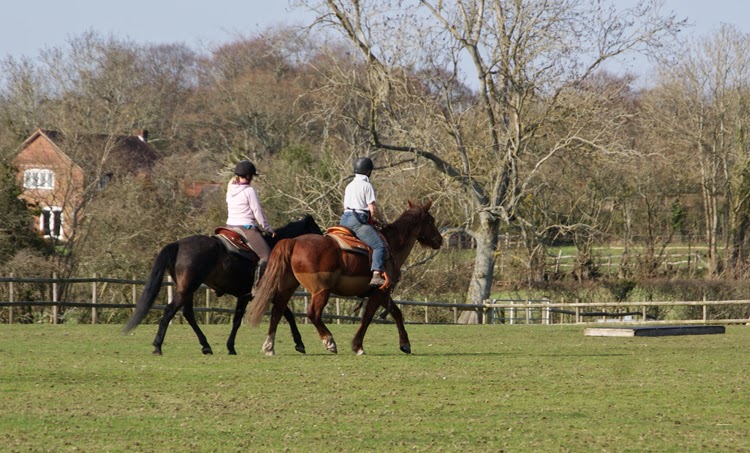 We might have finished work but those splendid chaps from Farmplus were still hard at it. They've made a good start and the footings are the right dimensions for the building which is a relief. 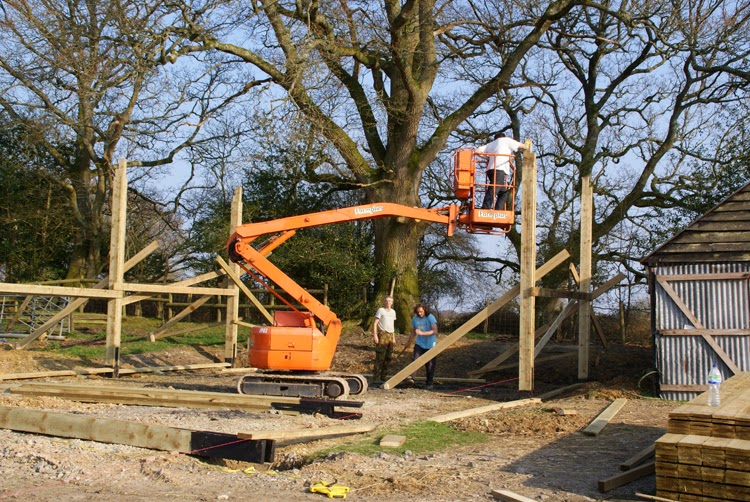