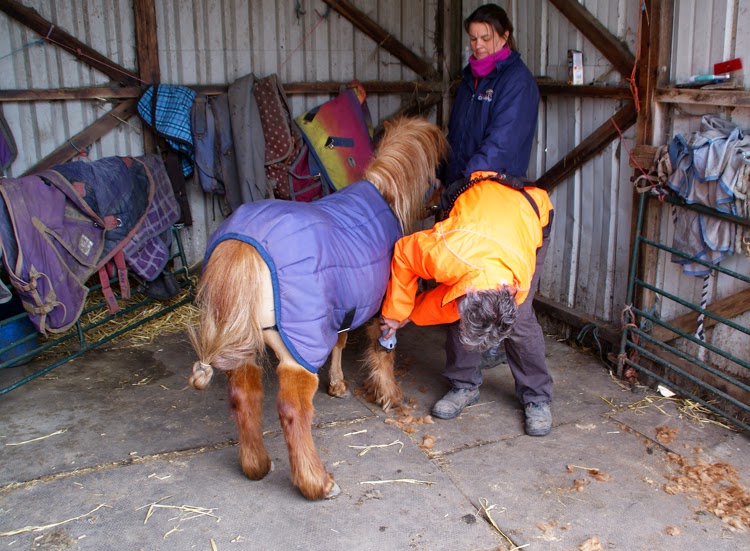 It's been seven years since I last worked with Tigga and that was at the demo I did at the RDA in Wilton. The clicker work that I did that day was to address his fear of clipping and to interrupt his pattern of rearing and striking out with his front feet. Over the last three days his owner has taken all of that out of the box again and managed to get most of his body clipped leaving just his legs, the front of his face and his ears to be clipped. These are his absolute no go areas and I knew I was going to have my work cut out to get them done at all. I had some limited success, managing to get his front legs clipped and his owner taking over from me. Once again the rub, clip, rub technique, coupled with clicker, seemed to do some good and he stopped rearing.

It has been suggested that a twitch be used on this pony. I can't think of anything more likely to reinforce everything he thinks he knows about humans and being clipped. It has been used on him in the past for emergency medical treatment and now he won't allow a twitch anywhere near him. It needs to be understood that a twitch is not some innocuous, magical way of sending a horse to sleep - it works by causing immense pain in the first place which then induces endorphins. In my opinion it is unethical to be using for anything other than genuine emergencies. 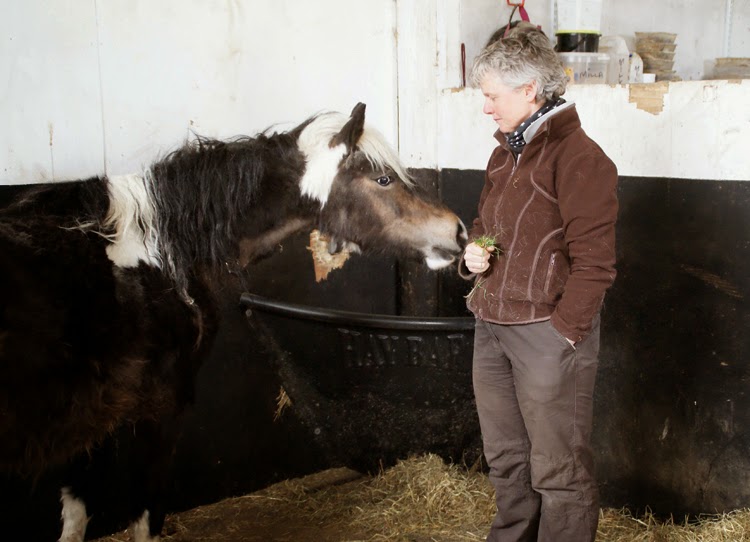 More work with Crystal this afternoon. She is now taking food from the hand so we can use clicker training to move things forward and to encourage her to present her front end rather than her bottom. Clever Tracey spotted the fact that she really wasn't all that bothered about pony nuts and why didn't we just use grass instead. 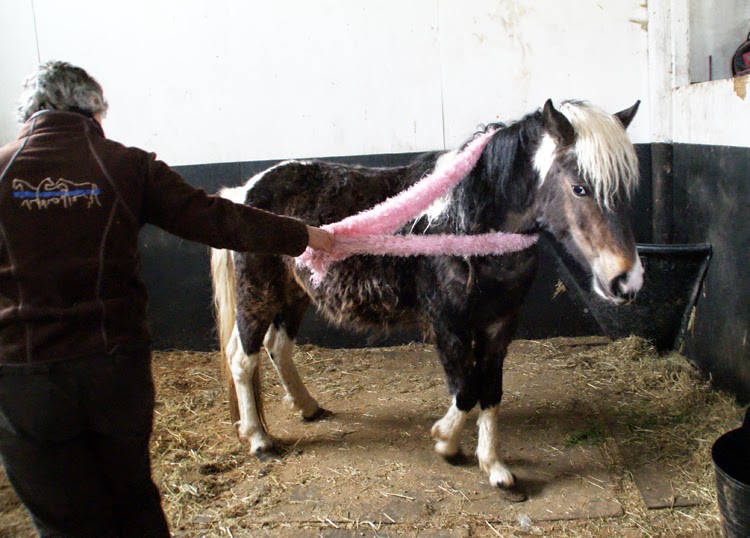 Starting lead work using just the scarf around her neck. 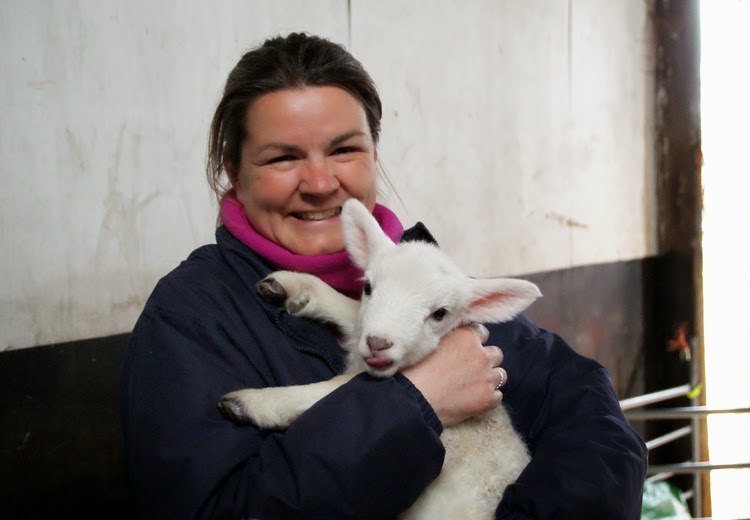 The nursery ward is next door to Crystal's stable and happily Tracey was allowed a go with one of the lambs.
Posted by Loisaba Wildlife Conservancy at 8:00 PM