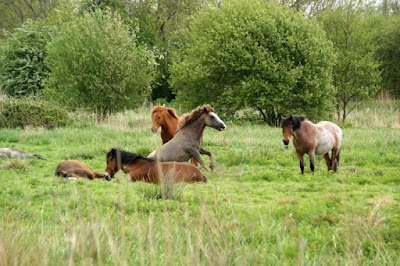 A final rendezvous with Georgia  at the Bat and Ball car park where the ponies in the marshes behind were having a lie in. We were looking forward to meeting Lisa's famous Uncle Richard who sent us a poem when we first tamed Vino, the 22 year old wild New Forest pony. 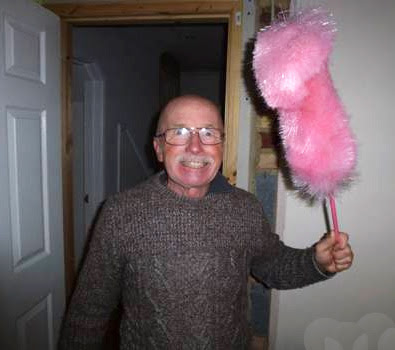 I haven't met up with Vino for a while and so we needed a little time to get reacquainted and it was interesting to see that once again he was only offering his right hand side. Lisa can catch him in the field now so clearly he differentiates between different people and has categories for close friends and just friend friends. 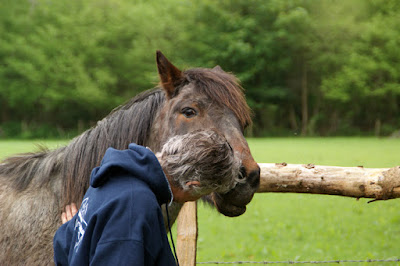 It didn't take us long to get back to the old routine though...he loves his pink scarf... 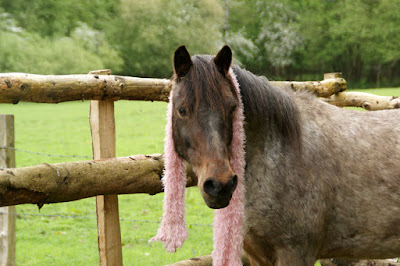 ...and accepts the headcollar easily enough. 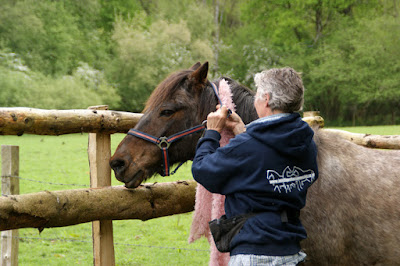 Today we were learning too new skills: leading which at first we keep on a turn. I make a space for him to come into, apply a little pressure, keep my body language inviting, and imagine him moving towards me, and 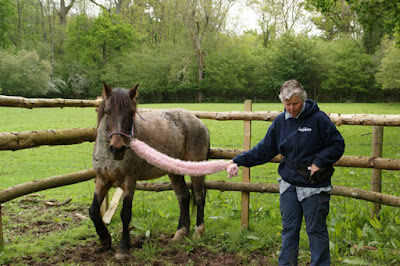 picking up and holding his feet ready for the farrier. This might be a bit ambitious with a cautious and aged pony who is frightened of men but we shall see. 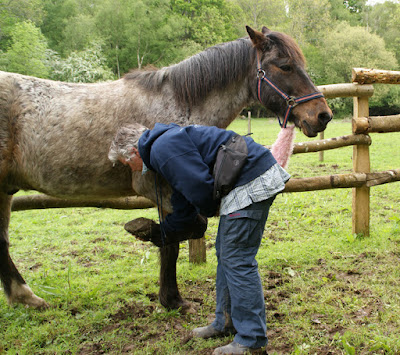 He took to Georgia like all of the ponies she has worked with over our three weeks together. 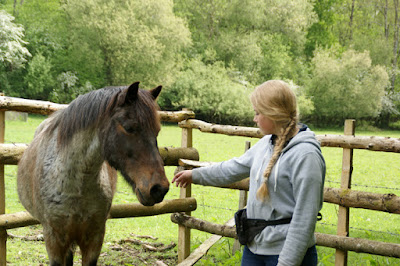 No day would be complete without admiring some foals... 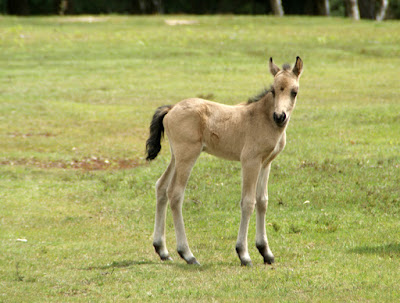 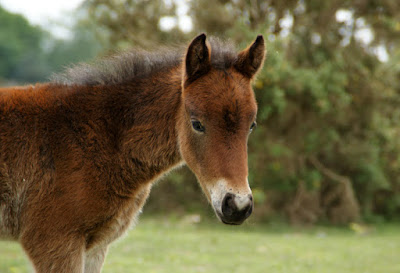 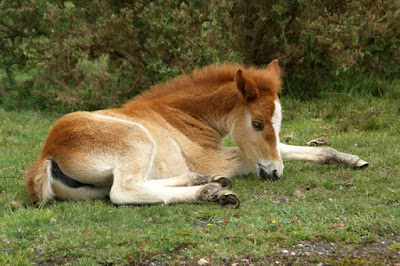 Our second appointment of the day was with Reggie, a Dutch Warmblood, who had three distinct height settings depending on how he was feeling. Down the track he was about 18 hands! 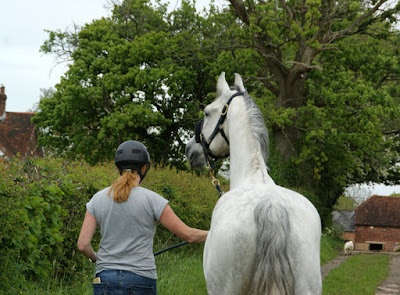 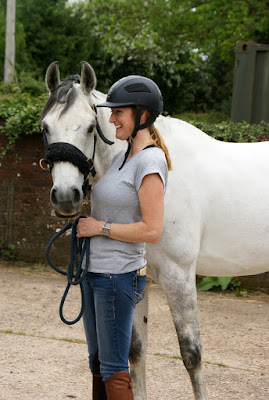 ...or about the height of a New Forest Pony when relaxed. 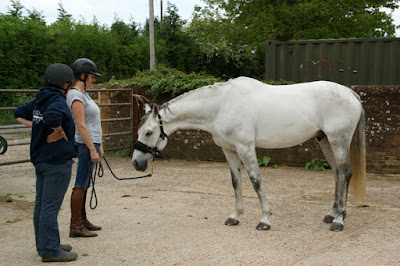 On the track he seemed to have only one speed setting (fast!) brought about by previous experiences, some recent physical problems, nervousness, and a desire to get back to the other horses. Correcting him by backing him up didn't really work as he was already ahead again within three strides... 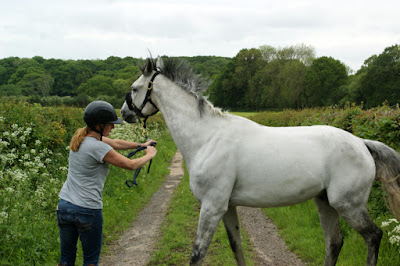 ...instead we concentrated on asking him to match us stride for stride, taking just one, and later two strides as a time before stopping. He seemed to understand this level of accuracy and co-operated well. His owner may be taking a while to get down the track over the next few days but hopefully with some clear ground rules it will get easier. 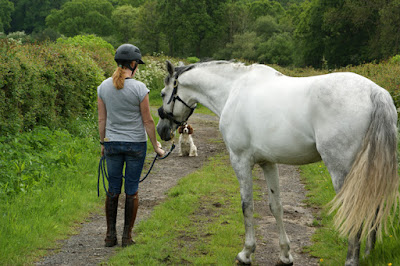 "Thank you for helping me consider Reggie's behaviour in a different light. I came up the track yesterday 2/3 steps at a time - we had a couple of 'moments' - but on the whole he coped really well and was generally a little less stressed." MC

"Just wanted to say a massive thank you to you and Tracey for letting me work with you. I've loved it and have learnt so much! I will hopefully see you tomorrow but if not, good luck with Twizzle and all the other horses (and mules!) in the future! I will try to come visit soon!" GN