I take great pride in being on time for my appointments and am rarely more than five minutes late. I think it stems from my time as a lawyer where five minutes late in court could see you sent down for contempt!

At any rate we couldn't miss the joy of watching this foal being born and finding its way to its mother's milk this morning. This is one of the Shetland mares out on the Forest. She's not looking particularly brilliant after a very harsh April but she's a fabulous mother. Sitting at a respectful distance with the long lens of the camera we watched this miracle of instinct. 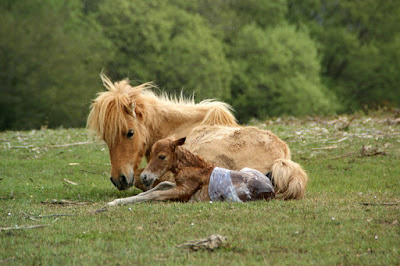 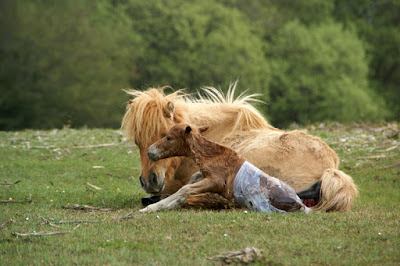 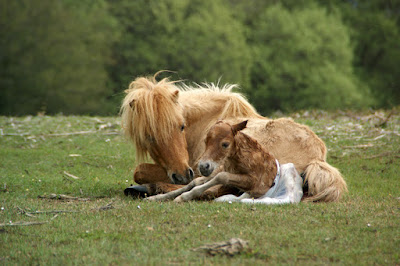 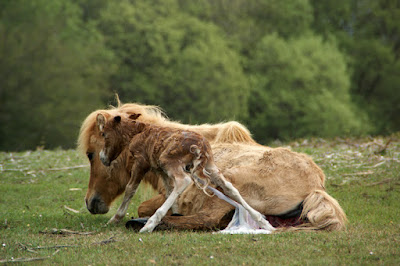 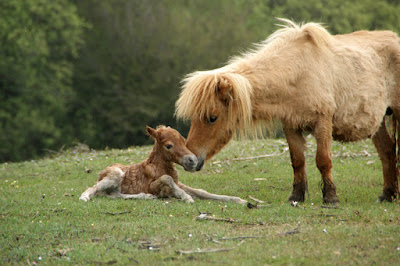 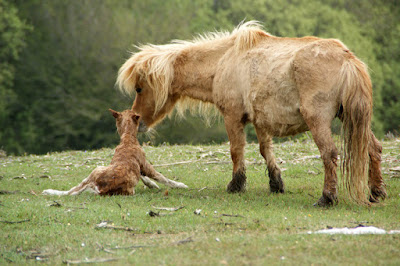 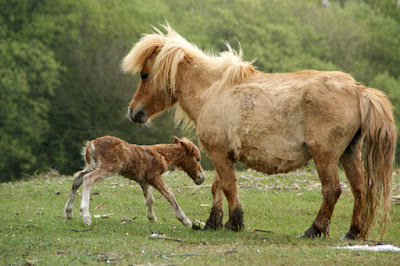 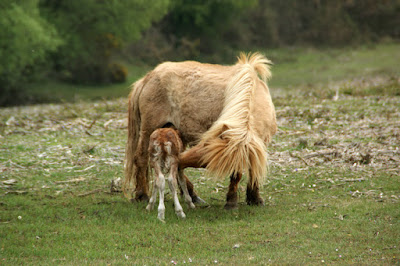 Fortunately our customer completely understood and we had a lovely session with her and her gorgeous horse, Tommy, as soon as we got there. Tommy has developed some unpredictable and challenging behaviour when being led to and from his field. He tends to overtake and circle his owner and also to rush through the gateway, sometimes knocking her over. 99% of the time he is absolutely fine and it may be that today was one of those days, nevertheless there was some useful work we could do on leading position and hand position. 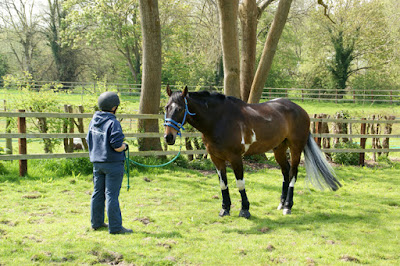 We needed to ask Tommy not to invade his handler's space... 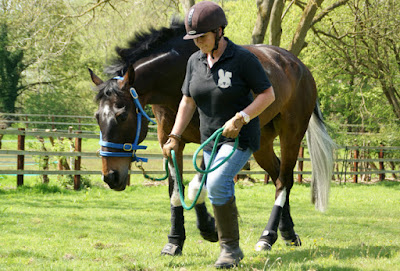 ...and to walk at his owner's shoulder rather than she at his. Here you can clearly see the 'smile in the line' and the 'motorbike hand'. 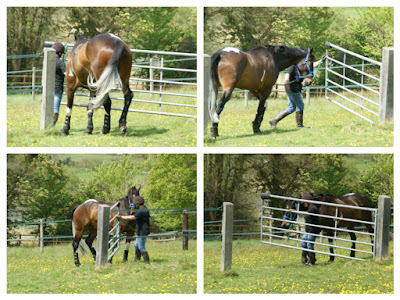 We finished the session developing an entirely new routine for opening and closing the gate so that Tommy could not be caught on the rump by the gate or the gate post. I suspect that he felt he had been 'bitten' by both. 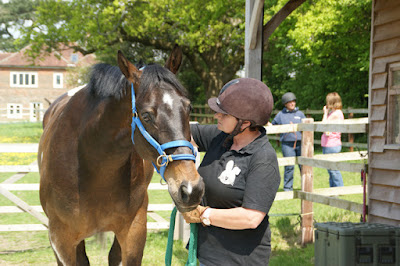 A stunning horse with a stunning tail which has earned him the nick name Elaine Page from his next door neighbours. 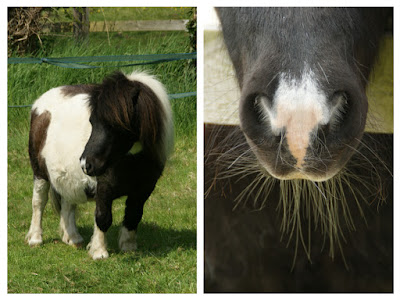 Talking of which, this is his pony neighbour and companion. Best ever whiskers. 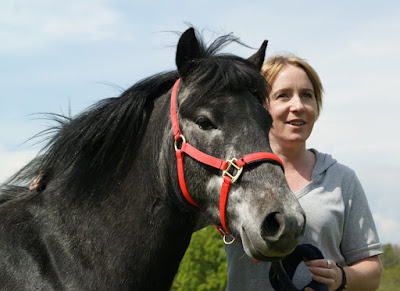 We're doing our best to introduce Twizzle to lots of different people and today it was Julie's turn to do a bit with him. 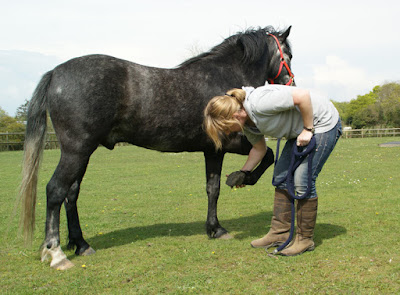 She did some foot handling with him... 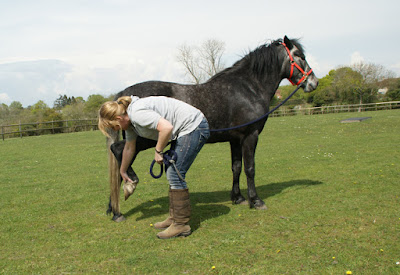 ...and finished by walking him along the little bridge. 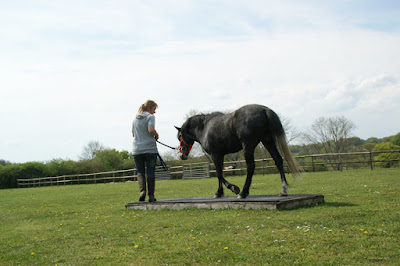