...we get a little Crazy. He may be Crazy by name but Crazy, an eight year old Arabian stallion, has the most amazing temperament. I was very pleased to be asked to work with him by professional trainer and show producer Stephanie Zebedee who has got him in for re-backing at the moment. He has a very strong aversion to the bit being put in his mouth with an automatic and fairly extreme reaction to the bit coming into contact with his mouth or a finger being gently pressed against the top of his lips. I can see no better or other way of overcoming it than clicker training since his reaction seems to be wired to the mains. 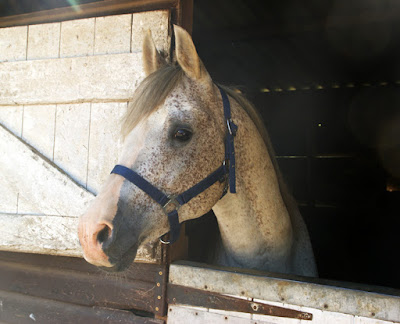 He is a super soul who tried so hard to work with me and we ended the session with me able to put the bit softly against his lips and being able to touch the top of his lips. In every other respect he is an absolute sweetheart. 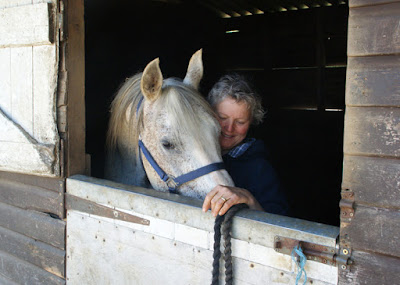 When I first met Theoden I was told that it took four hours to put a bit into his mouth. This little video shows you how he is today.


This spontifraneous chap is Arabian stallion Asrah, now twenty eight and owned for all but one month of that by Stephanie. He is an absolute darling and loves human attention. 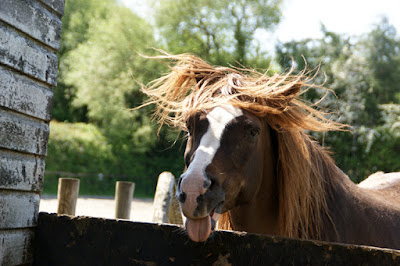 Back over the Forest and saw my girl Blue hurrying across to the water trough out on the Forest. She's looking pretty amazing. 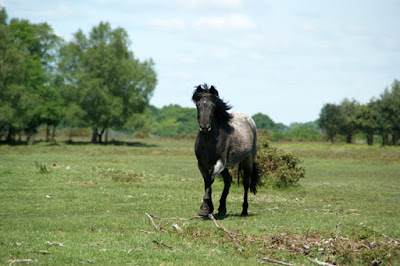 Some repetition of the basics with Twizzle but first we needed to negotiate the bunting. 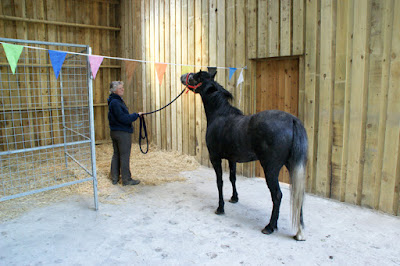 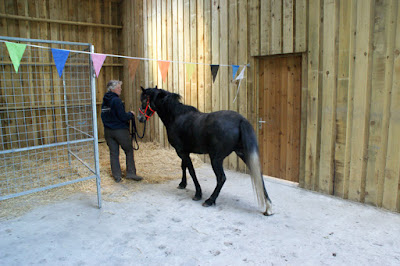 He seems to enjoy being brushed now and although he was a little bit wriggly without another pony to keep him company in the barn, he settled well. 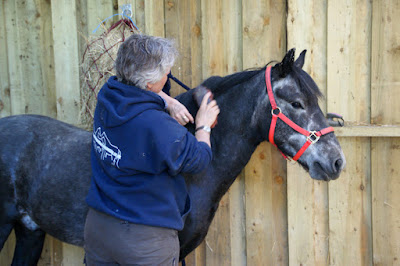 He is now going into the trailer on a head collar and lead rein and we will continue to practice with him every day. 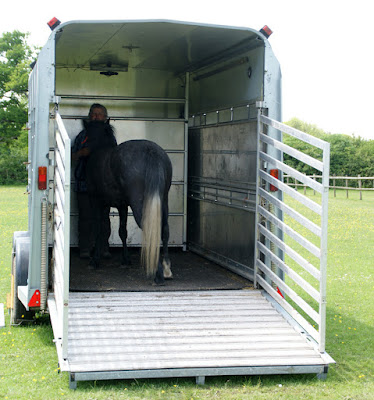 Apparently Henrietta doesn't mind being in a tight spot with me either. 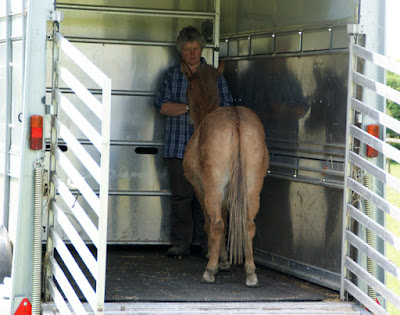