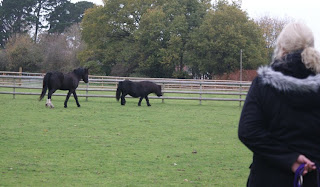 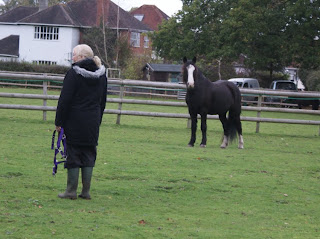 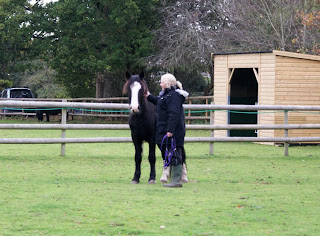 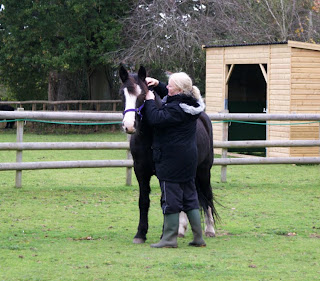 Beau has recently decided that he doesn't want to be caught so it was time to teach Marilyn some of the artistry that can make catching a lot easier. In the top picture, Beau is marching off and Brandee, who is keen to disassociate herself from the chosen one, marches off even faster. The absolute art is to catch his very first offer to be caught so when Beau turns against the fenceline, Marilyn turns with him, passing the headcollar into her outside hand and, the instant he comes to a halt and looks at her, stops and turns away using more inviting language. She is then able to approach, putting her arm in and out as "touch and move away" until she gets close to him. Here she reaches out touch him before moving her hand away perhaps three times before putting the headcollar on. Beau seemed to appreciate this level of real communication and was caught on several more occasions within the same session.
Posted by Loisaba Wildlife Conservancy at 5:23 PM