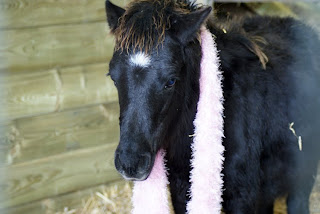 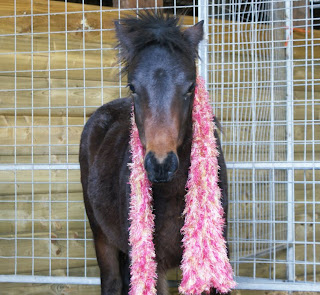 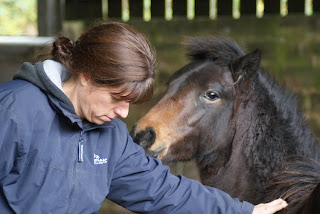 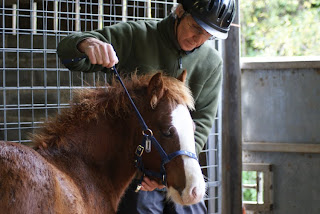 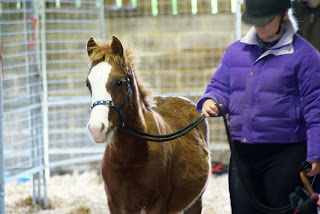 By day three, Chester (bottom) was practically all singing and all dancing, Tina Turner (the yearling with burrs in her hair) had been brushed all over and I had groomed her tail strand by strand with my fingers. Most of the ponies had had their first headcollar on - although of course this was not the main focus of our work. Touch first and then teach them that the headcollar is nothing. We don't use the headcollar itself for restraint and first leading is established with a scarf around the neck.
Sadly there was one unfortunate incident. Whilst the students and I went for a brisk walk up the hill to warm ourselves up, Derry, one of the tutors, succumbed to temptation and went into Button to cuddle him and then put his headcollar on by herself whilst no-one was looking. Thanks to a faulty headcollar which wouldn't undo, she was caught in the act! After that I made sure that all of the tutors had some hand-on-pony time!

Posted by Loisaba Wildlife Conservancy at 11:11 AM