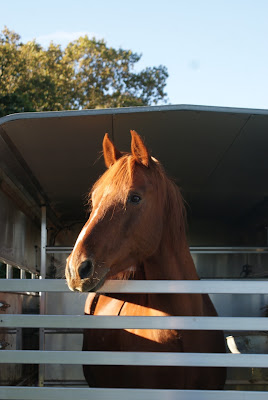 Theoden and I are abroad. He had to bring his passport but I didn't need mine. He was fine on the ferry and settled very well in the paddock next to new friends Willow, Magnus, Skylark and Charlotte. We had a fabulous ride on Sunday too and Theoden was as good as gold. He took the lead as well as following on behind and coped with walking over a boardwalk - which promptly got me humming that irritating tune. 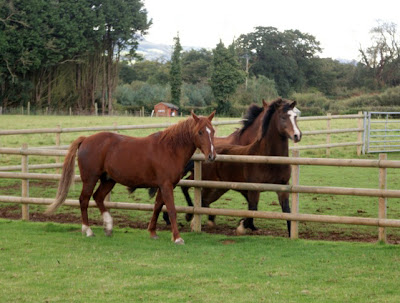 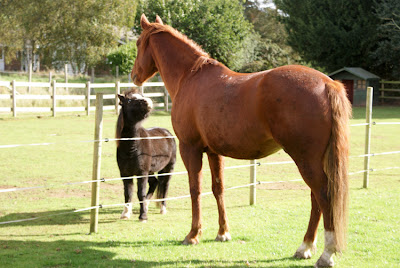 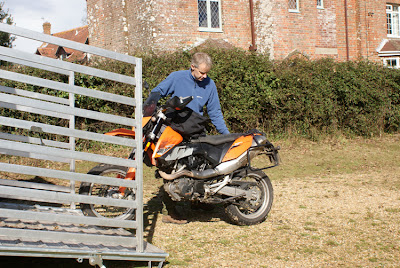 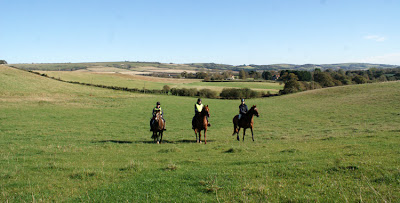 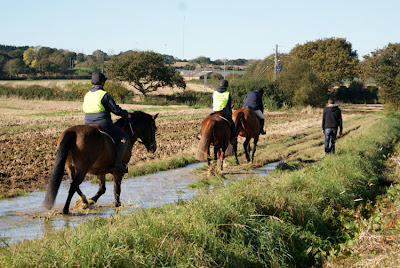 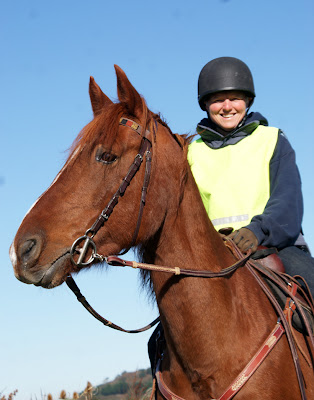 Later I worked with Skylark, a Falabella born with a dodgy leg that he doesn't seem to mind about in the slightest. As a pet pony it is inevitable that passers-by will hand feed him and he has been biting people. Not the perfect candidate for clicker you might think but putting the behaviour on cue at least means that he will never expect food unless he hear's a click. He picked it up really quickly and so we got him to follow a target onto the tarpaulin (and today on to the trailer). 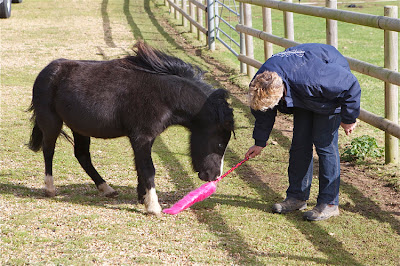 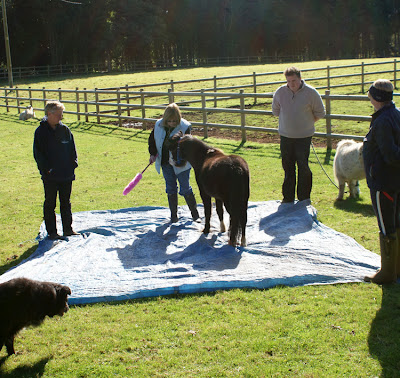 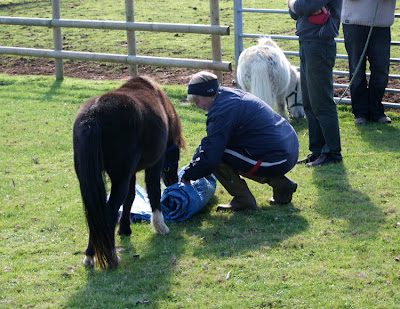 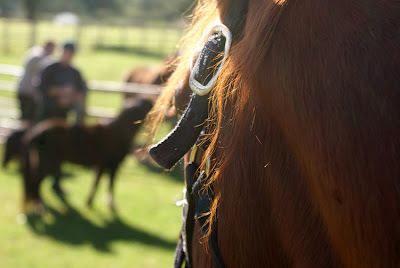 The next stop was at Amazon World to look at the sort of animals that we hope to meet in Guyana next year. The park does the best it can to enrich the animals' lives and many of them are loose in enclosures where they can choose whether they have human contact or not. There's nothing quite like the feel of a lemur's foot as it stands on your hand to look you in the face, or talking in little 'boo' noises to the Trumpeter bird. 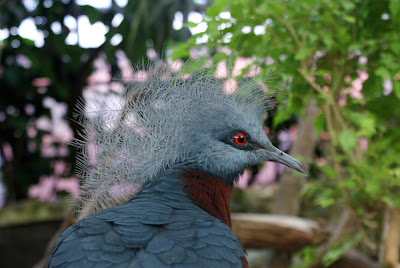 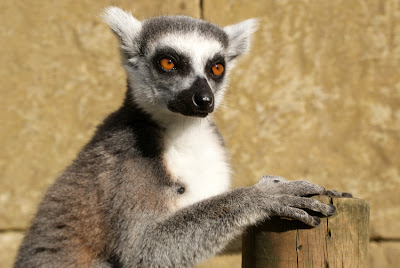 Last stop for the day was to Jo's house, taking the ingredients for supper with us so that we could cook for them while we caught up on their news.

Today I worked with a 3 year old pony in a five year old suit, a New Forest cross Warmblood that looks like a small version of Kelly's Pie. 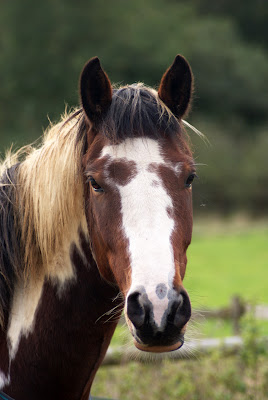 "Hi Sarah, I found the time with you such an eye-opener. Before it was almost like I was stuck in a corridor with no doors just bumbling along managing, feeling more and more defeated with D and really not knowing how to deal with him. Now it is like you have shown me there are doors I did not know existed and there are different ways to manage the problems I come across with D.  What I found the most amazing was the instant improvement and increase in confidence in both of us just over those first two sessions.

D is the first horse I have ever owned and this has been a huge thing for me so when he came home and all these problems popped out of the woodwork I was devastated. Now I feel I can cope and see a way forward.

I have contacted the back lady and she is coming out to D tomorrow. I have also contacted LS of The Saddle Company she is happy to come over and check the saddle. I have also ordered in the feed you recommended through my local feed store.

I have been working on the massage around his ears and he has responded very well. I had him outside his stable with his rope threaded through the ring and he did not move for 15 minutes! Wow that's a first.  I managed to get the roller on fine and did a little gentle lunging, he was very laid back." DW