Do you remember the three year old wild new Forest pony I went to see that hadn't been out of his pen for something like three months. The young woman who had taken over looking after him was keen to get him halter trained so that she could start working with his feet and so that he could at last go out in the field. That day we turned him out in the indoor school and he had a real hooley around it until he had got rid of loads of energy. The amazing news is that today he has been to his first show, wearing a rung and travelling in the trailer and was extremely well behaved. 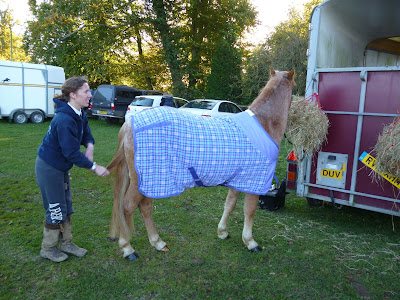 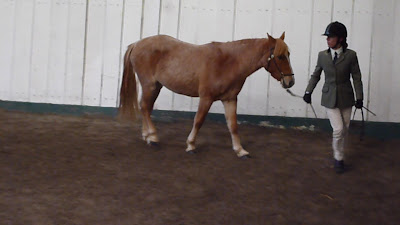 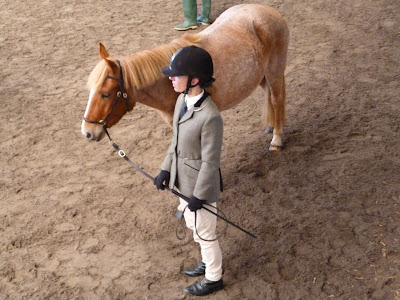 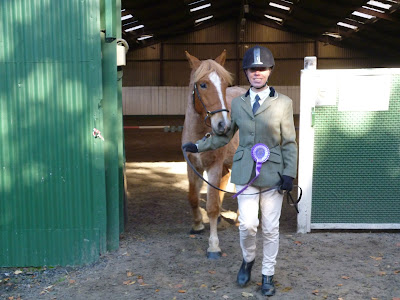 "He was great- loaded, travelled, stood and munched hay.If I'd wanted more it would have been a bit more perkiness in the ring! He was sixth- which was also last but I don't mind at all. The judge described him as a 'work in progress'- if only he knew how much progress has already happened!" HP