An interesting start to the week with two owners that I have worked with previously but with different ponies. Natalie described how Champ had arrived in a martingale, grackle and Dutch gag with a warning that he shouldn't do any jumping because he became a missile when pointed at a jump. It transpired that although he was lovely to hack out he "morphed into a thing possessed!" as soon as he was taken into the school. Although he has calmed down a little, it became clear to me that despite his 17 years, Champ may not have ever understood how to respond to the bit; as soon as any pressure is placed on it his neck tenses and he goes straight into pressure.

We worked on interrupting this pattern, putting a little pressure on one rein only if he failed to come to a halt when asked. We used the environment to provide a very clear stopping place and also gave him a clickered treat for coming to a halt. This took a lot of the tension out of the situation and got him thinking about halt rather than pressing forwards all the time.

"I will practice these things and look forward to sharing his progress  with you soon hopefully.  My mind is at rest. Cant wait for the next stage - but will have to!"NH


Email received 18.3.14: "I have not put that horrid heavy saddle back on  him since your visit. Chris Radford came out and tried him in a Forester  saddle - he went round the school like a dream! a normal trot!...Secondly, our work in the school has been coming along. With no saddle,  I have done some work just walking and halting bareback with him and  then, using J's treeless Heather Moffat dressage saddle, we have  been doing more of the same as well as trotting circles and practising  downward transitions to walk. So I get the feeling he was so  uncomfortable in that saddle. I have done some practice in the stable with a bit in his mouth using  click and treat when he softens to vibrations down the reins (as you  showed me). We  have tried trotting while we are out hacking (in his Dually) and  we can  achieve trot to walk when it is safe to do so. His default is to still  run really fast but I find if I don't pull him and just stroke his neck  and tell him to steady he drops down into a nice little rhythm which we  can maintain for a few minutes and then I ask him with my voice to walk  and he does. And obviously he gets a click and a treat for slowing  down. he loves the click and treat. We have a target of a red child's spade  (bucket and spade) and he loves to play that game whilst doing his stretches." NH

Django's history was equally complicated. He came to Jenny when he had been abandoned at a livery yard by a former owner and she took to him. Although she could pick his front feet up albeit briefly, his backs have become a no go area. Rather than tie him up which leaves him feeling as if he has no choice and prompts him to pull back until the tie breaks, we worked in the school with a long lead rein. He was soon picking up his feet as asked and for longer and longer, allowing us to pick them out too. We repeated this over and over again with the four of us present taking it in turns. Jenny's incremental training will take this further and hopefully she will be able to ask a man to practise with him too before the farrier comes next time. 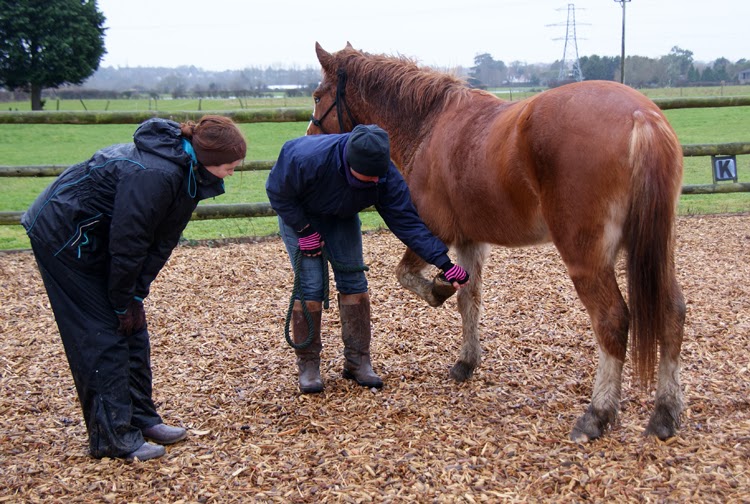 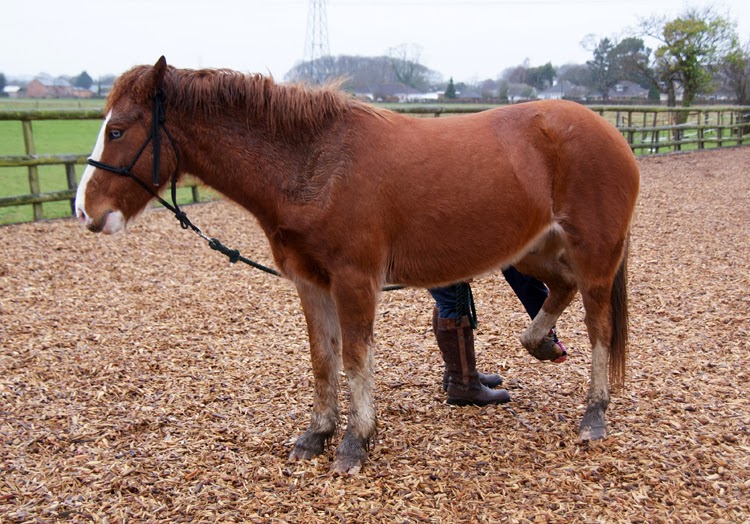 "This is brilliant thank you!! Thank you so much for today I really enjoyed it. Found Champ's session really interesting as well." JA
Posted by Loisaba Wildlife Conservancy at 9:28 PM