2nd February, 2014 Another Euro, Another Day

I've had a really enjoyable week in Normandy,  France with a warm welcome from my hosts, Joyce and Gilbert, whose pony, Happy Heather I had come to see and work with. Not only did we work with their pony but they took me out to some lovely places like Honfleur and Bec-Hellouine. I stayed in their gite and enjoyed some really good big French fires in their big French fire place. 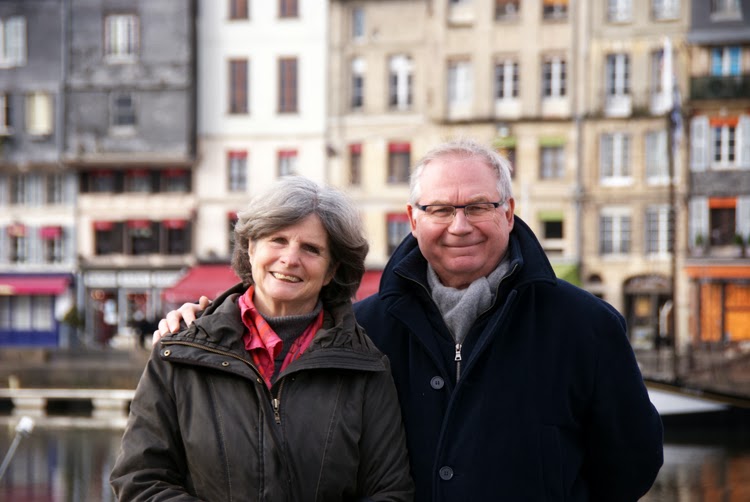 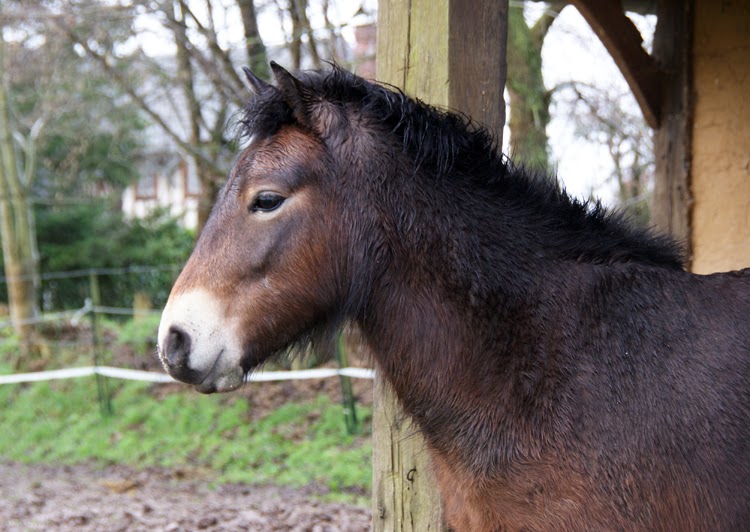 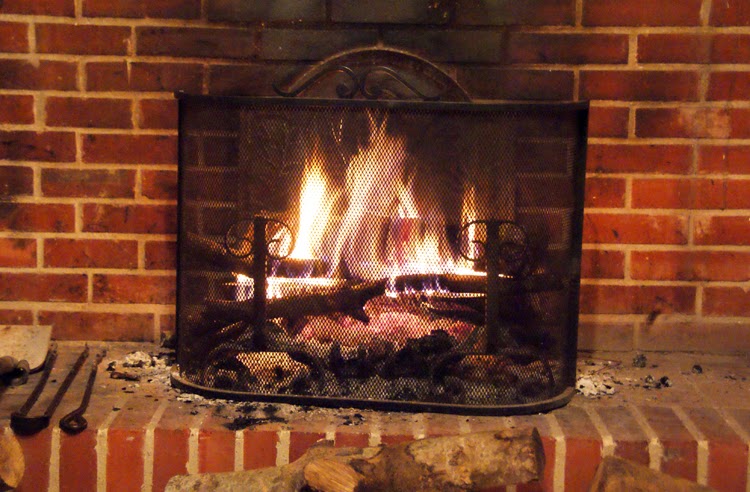 One of the most thought provoking comments was made by Joyce. The thing is, she said, looking at her two mature geldings, when Happy Heather arrived I had no reference point. Happy, as she is known, is a two year old Exmoor filly, born in Holland to a conservation mare and until she met Joyce she was semi-feral and destined for meat partly because she had extremely bad sweet itch and partly because she had been rejected by the herd. Although Joyce has had domesticated youngsters before, Happy is unlike any pony she had met – more flighty to begin with and more feisty by instinct. However, when it came to her physical needs, Joyce at least had a plan.


Joyce is better qualified than most to deal with sweet itch since she has cured it in one of her other horses. She hopes that with the right diet, support and if necessary a blanket, she can relieve most of Happy's symptoms.

Even with hundreds of Exmoor ponies as a reference point, Heather has been quite an object lesson for me too. Joyce contacted me because Happy had kicked her and normally I would have put this down to an accidental, inadvertent kick as she was perhaps spooked or in a hurry to get somewhere. Having now met her, I have little doubt that Happy kicked out deliberately and had no intention of missing! If ever a pony was born to be an alpha mare it is this one – there's none of the benevolent dictatorship that you see with more passive leaders – she knows she was born to be at the top and of course she is far too young to be there. The geldings in the field are bemused and intimidated by her. 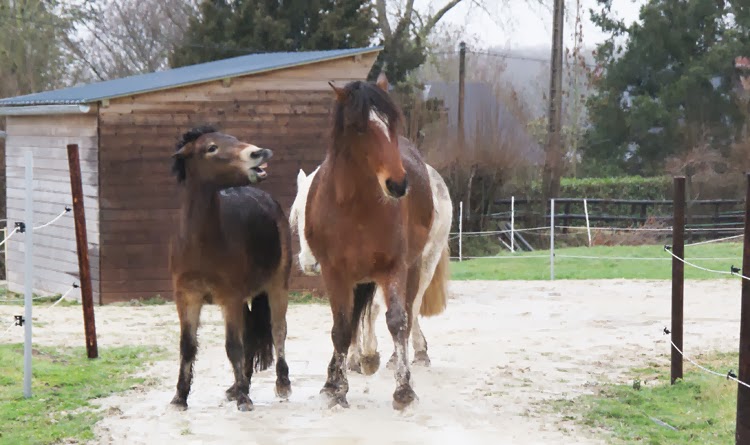 All young horses will experiment with their muscles to see what power and influence they might have with their ears, their teeth and their feet. They'll run in front of their mothers, bump up their bottoms and demand to be fed. It's rare to see a mare in charge of her own foal. Happy has been practising this skill on Joyce.

For the first couple of days, I thought that Happy Heather ought to be renamed Grouchy Heather. She went around with her ears back a lot of the time and was quick to swing her bottom around. However, we have only had to realign things a little way to change the whole dynamic.

I recognised that there was still some ambivalence and even conflict in Happy's mind as to whether she wanted to be with people at all – as an Exmoor she certainly doesn't need them and her mother, God and instinct will all have told her not to go near them. She's also naturally easily irritated and she's therefore very in tune with what quality of touch she likes.


The best plan seemed to be to get the four basic ground rules established – no kicking, no biting. No overtaking and no invading and then completely divert her attention by giving her interesting things to do. Joyce had done a fantastic job of getting her halter trained, led and picking her front feet up but now we have added back feet, having a numnah on her back, walking over the tarpaulin, a raised pole and following a brolly. As you would expect with a pony that likes to know how powerful she is, she absolutely loved chasing the umbrella. This skill came in handy when we took her for a walk on the lanes where she 'chased' the local mayor in his electioneering car.

So many of us only have domesticated horses as our reference point, often well trained, sometimes shut down horses at riding schools and equine colleges. I think it would be really useful if everyone who had a horse had to train a semi-feral foal from scratch as it gives you a really good understanding of what a horse really is. I have met people with all sorts of equine qualifications who really have no idea of the real psychology of the horse and how they learn. It's often a youngster that leaves them completely mystified and by that time they may have tried out all of their standard practices not realising that the horses they generally work with have had to learn to react the way they do.

Simple things like the into-pressure response are not taught in traditional equine establishments.

Never have I been more conscious of the low-maintenance nature of my own 'rustic' ponies than whilst visiting some of Joyce's friends who breed Selle Francais horses. These leggy, delicate creatures are very elegant to look at and incredibly athletic to ride. We were privileged to watch Sabine very quietly back a four year old for the first time. One of the horses took against my bright orange jacket (even though he was orange too) and yet another one thought I must be a giant carrot. 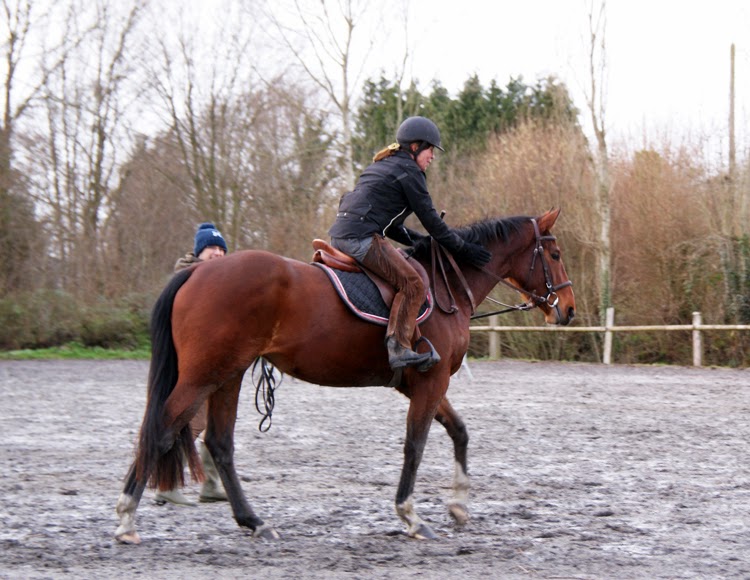 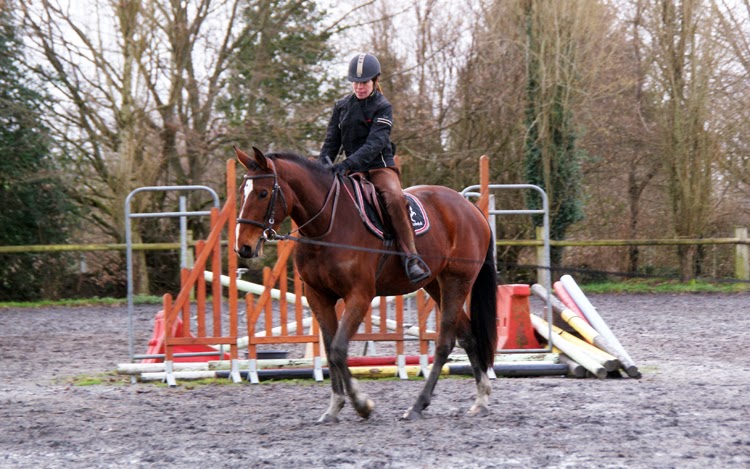 I was also invited to watch Gail, an Osteopath, at work with a Quarter Horse at another stables. I find the different approaches to skeletal and muscular problems fascinating and only wish the horses could tell us whether they feel better for it. As it is we can only judge by their actions and this horse went out and immediately had a hooley in the field. 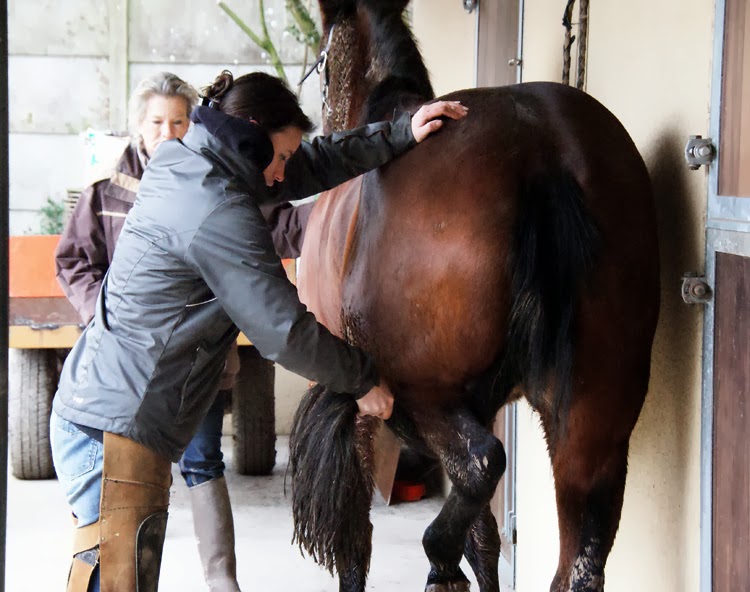 Later in the week we also visited Rebecca and her Quarter Horse, Julia and donkey, Daisy. I was pleased to see that Julia had a liberal coating of mud. 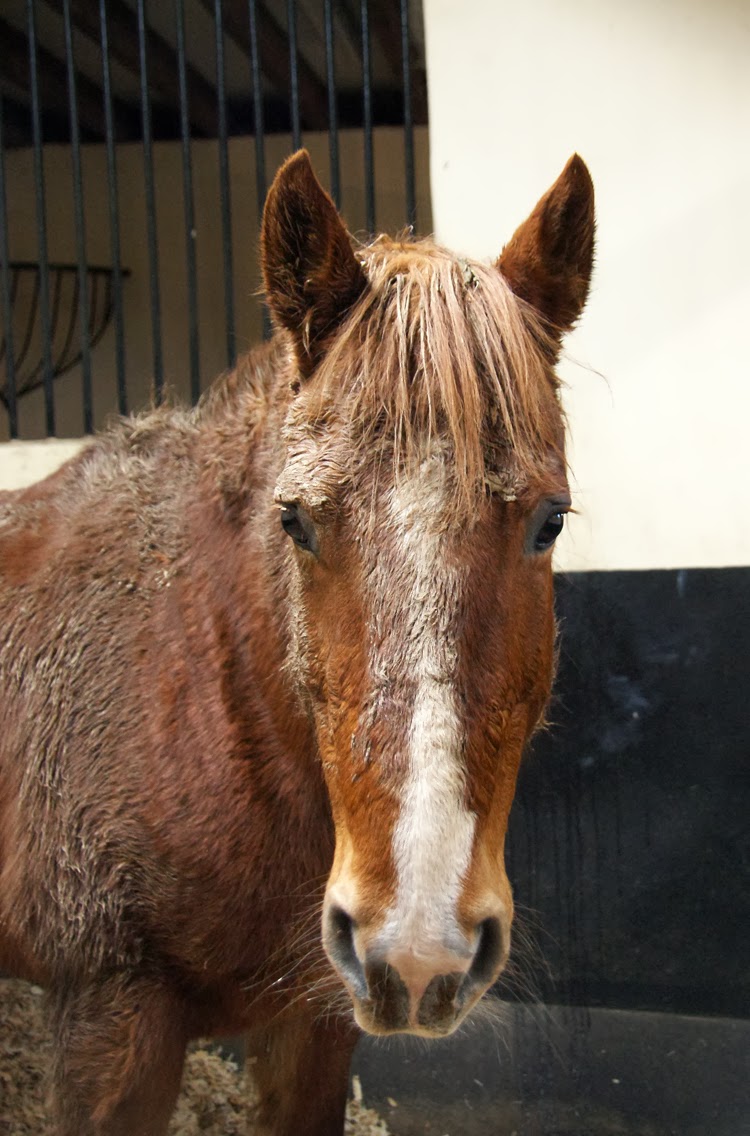 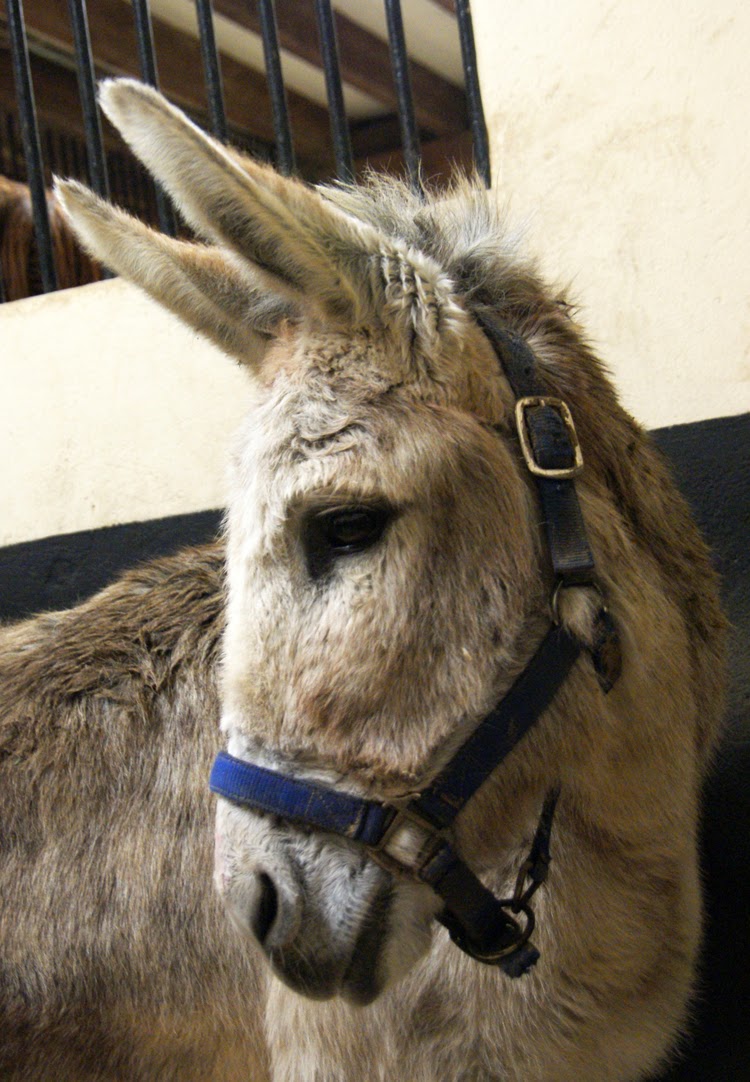 Paddock Paradise
A few months ago I commented that I hadn't actually met many barefoot horses that could be said to be truly comfortable when ridden out on a variety of surfaces. It has been interesting to see the lengths that Joyce has gone to to prevent her horses from getting laminitis, to perfect their diet and to transition and maintain their feet without shoes. She has a track system around the outside edge of all of her fields with several changes of footing from soil to sand to stone. They have very little access to grass and instead have soaked hay which has been fully analysed and balanced by various minerals and vitamins. I think there is something in all of us that likes to see horses eating grass but in Normandy the grass is so lush and rich that only the slimmest type of horse isn't at risk on it. I thank goodness that my own horses are on Forest grass with a very low nutritional value. I freely admit that I haven't got the level of commitment that this all takes.

However, now that Joyce has her track all set up, it does a lot of the work for her – it keeps them on the move, abrades their feet, moderates their diet and helps them to migrate every day whilst providing with them with the most natural environment that she can provide.

In the Clearing Stands a Boxer


Later in the week Happy Heather had us all in stitches. Not only did she accept a great big towel all over her body, making her look like a boxer at the end of a round, but she vanquished the tarpaulin after a very short bout. I think she is going to excel at Horse Agility with her boundless curiosity.

Our last official training sessions entailed taking Happy for another walk –  on one day we covered 4 kms around the village lanes, fields, tracks and woods. Happy was happy to squeeze between a removal lorry and the hedge, to investigate a road sign and to splash through all the puddles and a stream. We even tried a little short-reining. 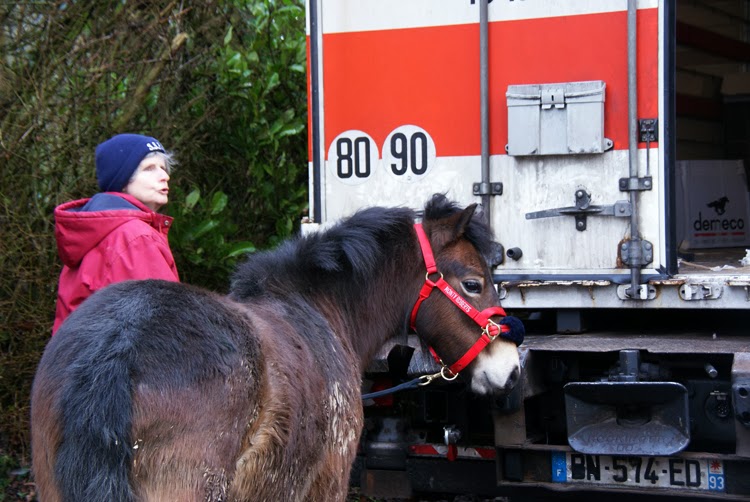 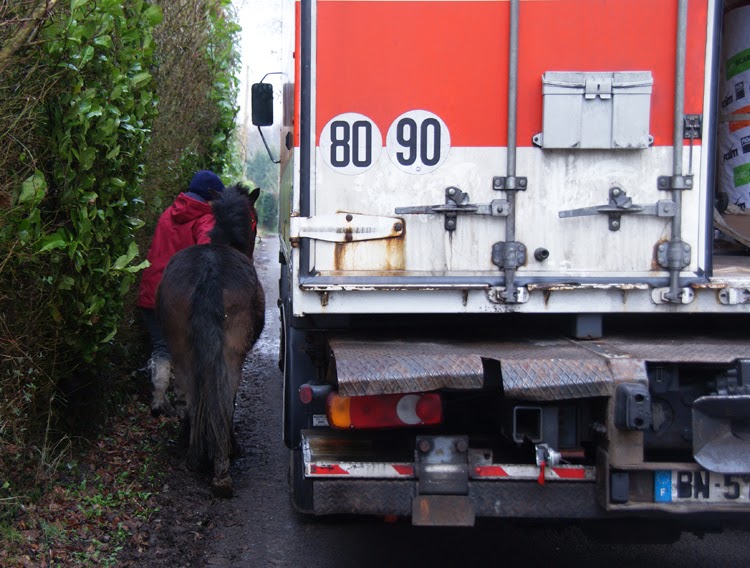 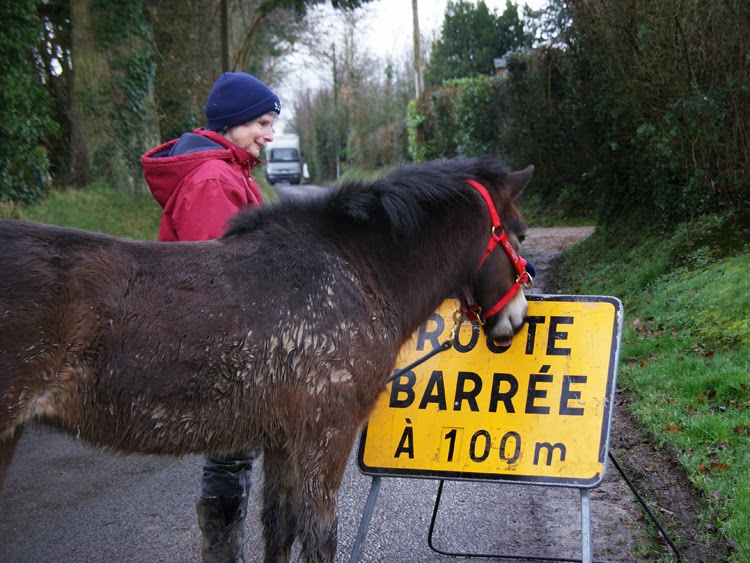 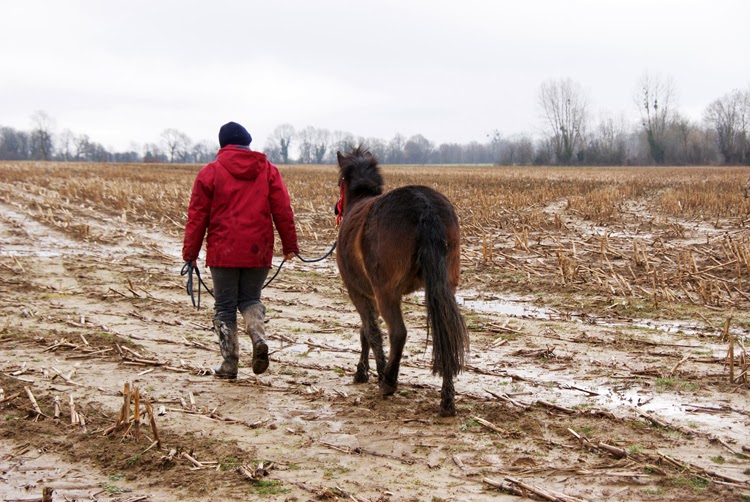 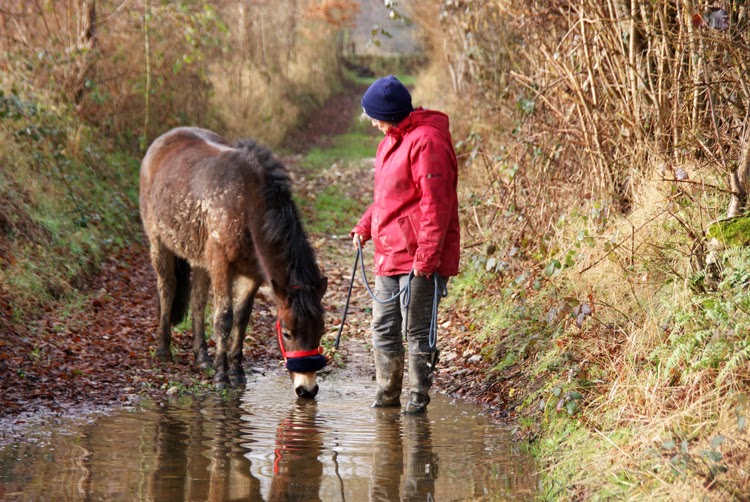 ...and on the very last day we visited the farm across the road. This takes us back to the question of reference points because it is difficult for Joyce to appreciate just how much she had already achieved before I got here – from wild to mild in four months is not bad at all! This week has also seen some significant changes which I hope will set her up for the next few months. With some more foot handling practice, Happy is now doing everything I would like to see in a two year old domesticated pony and more besides.


Not forgetting all those other faithful companions... 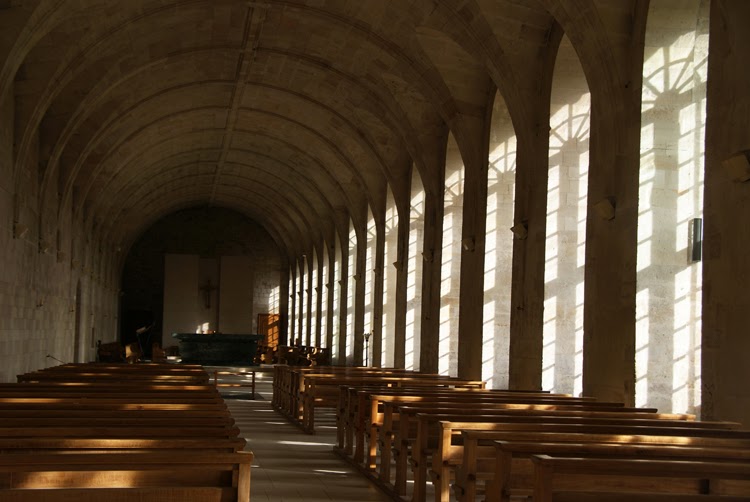 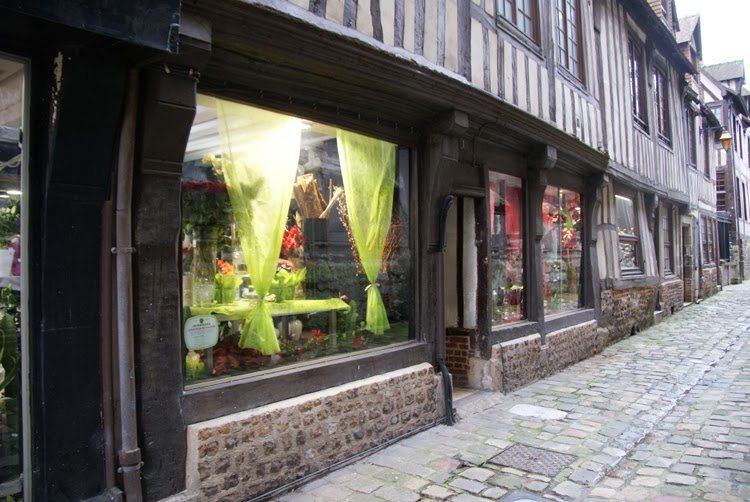 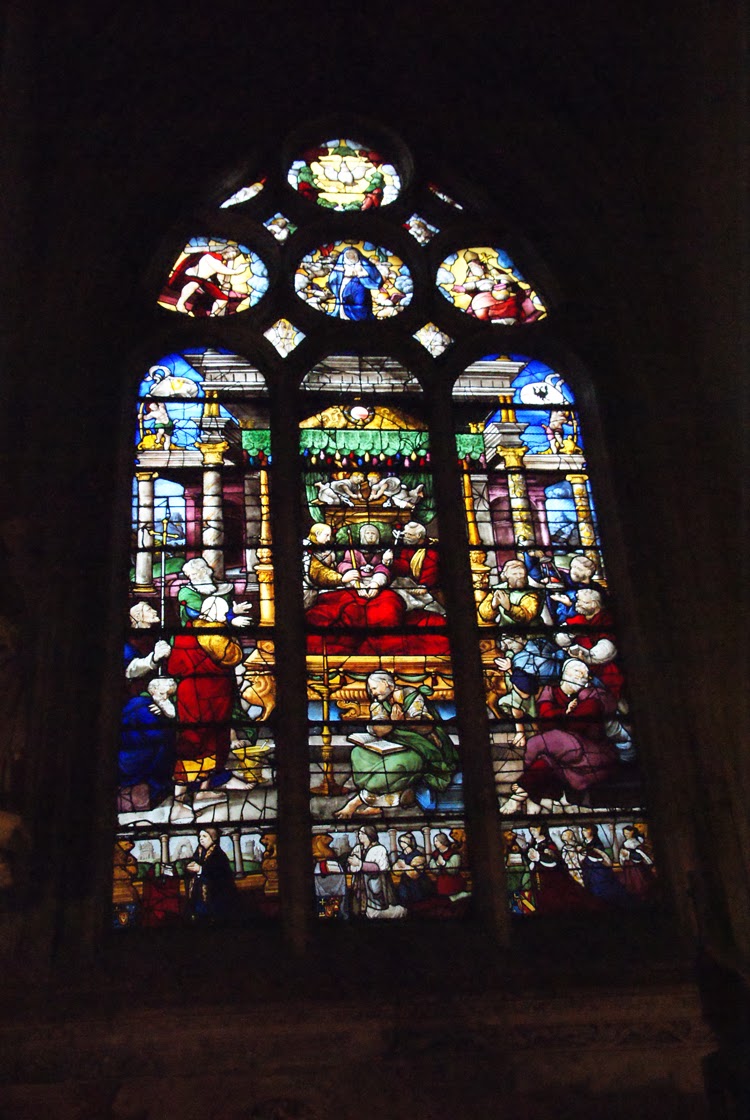 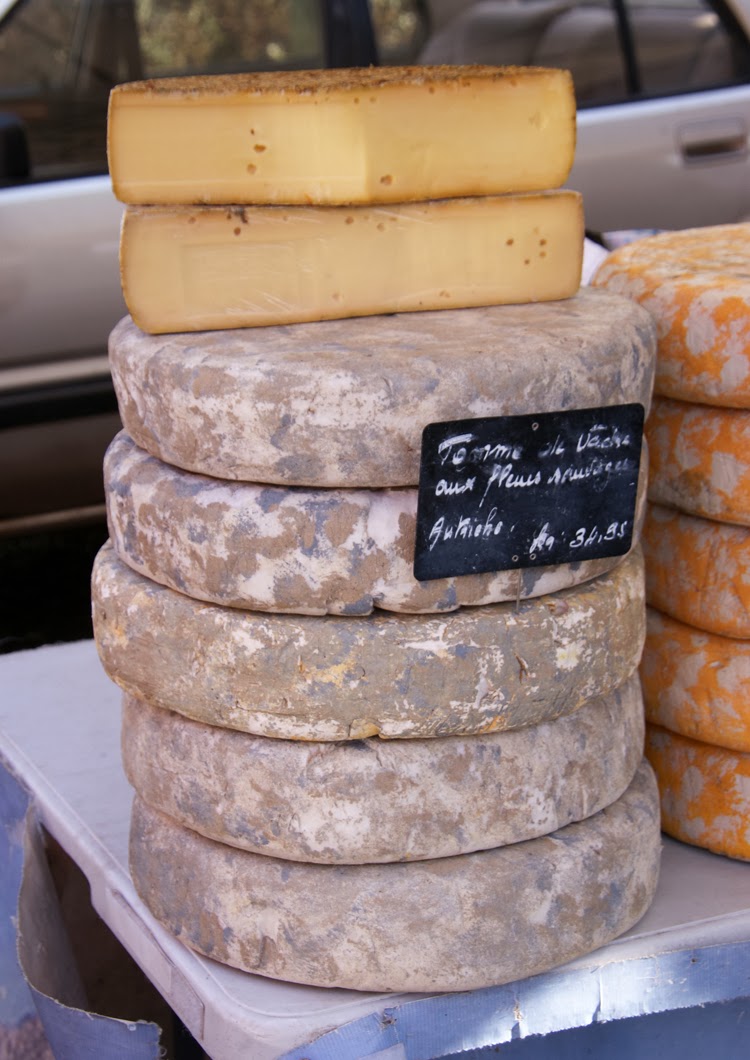 "We all miss you, and one other thing I wanted to tell you : your voice is very calm and reassuring.  Don't worry, about competitors, because when we are with you, it is so beneficial to listen (and feel).  You are on the right tone.  Or could it be your English accent?  No, I know it is in the tone.I had the greatest time reading your blog!!  Just sent it off to family and friends.You are so professional.  That's what makes the difference also." JM

Received 10.2.14: "HH is GREAT! One minute each foot. She is so precious. I even started cleàning them!"JM